Austrian billionaire Dietrich “Didi” Mateschitz the King of Red Bull, and a lifelong Formula 1 fan turned uber-team owner, passed away today at the age of 78 after a long, serious illness.

Red Bull-owned Speedweek reported today; “Motorsport mourns the loss of one of its greatest sponsors. Dietrich “Didi” Mateschitz has lost the fight against a long, serious illness. Austria mourns the loss of its most successful entrepreneur, who made the energy drink Red Bull a global brand.

“Dietrich Mateschitz died today at the age of 78 after a long, serious illness. For almost 30 years, the Red Bull boss from Styria and his drinks company have supported every conceivable car racing series from Formula 1 to the World Rally Championship, NASCAR and DTM Superbike and Motocross World Championships as well as the Dakar Rally and as a partner for the KTM factory teams.

In addition, the Red Bull Rookies Cup was founded in 2007 together with World Championship promoter Dorna, the former Österreichring was revived as the Red Bull Ring in 2011 and the Austrian Grand Prix was brought back to Styria for Formula 1 and MotoGP.

Mateschitz graduated from the University of World Trade in Vienna with a degree in business administration. He studied for ten years, in the first two years he studied shipbuilding, at the age of 28 he began his marketing career. DM earned his living as a marketing manager at Unilever, Jacobs Kaffee and the German toothpaste manufacturer Blendax. 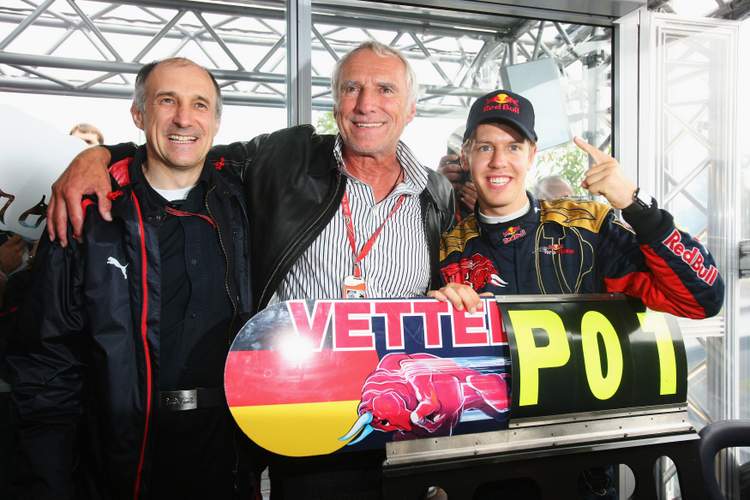 During a business trip to Asia in 1982, the Austrian leafed through the “Financial Times Asia” and came across a list of the richest taxpayers in Asia, including some energy drink manufacturers.

As a trained business economist, Mateschitz quickly recognized a lucrative line of business that had not yet found any imitators in the rest of the world.

The far-sighted Styrian made contact with the Thai Chaleo Yoovidhya, who produced the drink “Krating Daeng” (red bull) in his homeland and sold it in Thailand. It was often consumed by truck drivers who had to stay awake for long stretches despite the crippling heat.

The caffeine- and taurine-containing drink was sold in Thailand in a glass bottle with a screw cap. Mateschitz liked the product and suggested that Yoovidhya launch Red Bull globally.

Together with the owner of the Thai producer TC Pharmaceutical, Chaleo Yoovidhya, Mateschitz founded Red Bull GmbH in 1984 with no significant equity, based in Fuschl near Salzburg in Austria. The recipe was slightly changed, and carbon dioxide was also added. Mateschitz always held 49 percent of Red Bull, 51 percent remained in the hands of the Yoovidhya family. 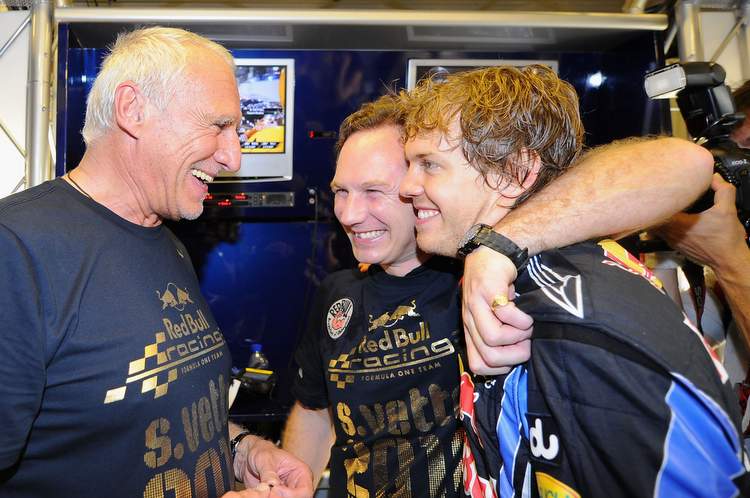 The image and brand awareness were soon pushed and promoted through skilful sports sponsorship. Due to the limited turnover initially, only fringe sports were selected for product advertising, such as canoeing, snowboarding, triathlon, tobogganing and ski jumping. mountain bike.

But when Austrian, Karl Wendlinger drove in Formula 1 for the Swiss Sauber team in 1993, Red Bull invested a sum of 1 million schillings (approx. 73,000 euros) for an individual athlete for the first time. A milestone in the company’s history.

In 2004, two billion cans were sold for the first time, after which it continued to rise. In 2021, sales worldwide climbed to 9.804 billion cans of Red Bull, which means an increase of 24.3 percent compared to the already very successful year 2020.

Red Bull’s advertising budget grew with sales and profits. Dietrich Mateschitz soon made no secret of the fact that he invested a third of sales in advertising. Profit optimization was not the priority. “First and foremost, I want to further increase awareness,” was his motto. 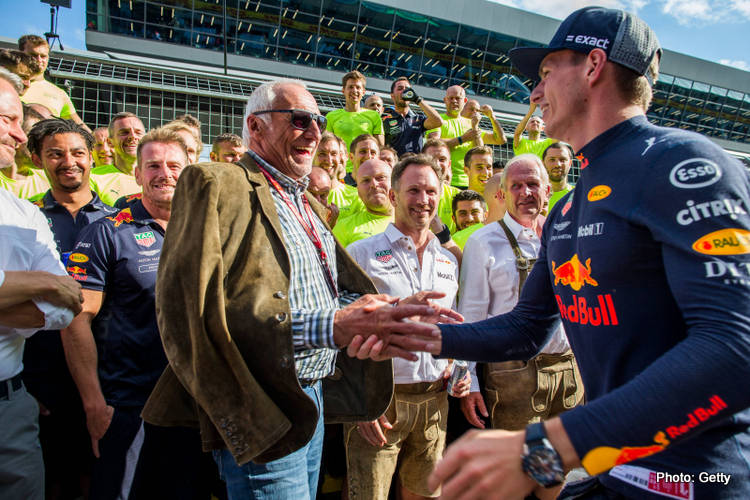 Due to the increasing sales, Red Bull was able to continuously expand its marketing activities. As a sharp businessman, Mateschitz quickly came to the conclusion that it would be more effective to buy teams and clubs instead of just delivering millions to sponsors, because he wanted to design and invest, quality and success were paramount, and this strategy had its price.

In November 2004, Red Bull bought the Jaguar Formula 1 team, the deadline was November 15th. At the time, Jaguar owner Ford could not afford to continue operating the racing team because 15,000 employees had to be laid off in the USA.

At that time, some critics asked themselves whether Red Bull had not overreached themselves financially by buying an F1 racing team and whether Mateschitz had not been overwhelmed by his passion for motorsport.

After buying the F1 team and FC Salzburg, Mateschitz decided to consolidate these corporate projects. “I’ve erased the term ‘next coup’ from my vocabulary,” he assured me in an interview at the time.

But this resolution did not last long, as the activities continued happily. On September 10, 2005, Red Bull confirmed the purchase of the Minardi F1 team. 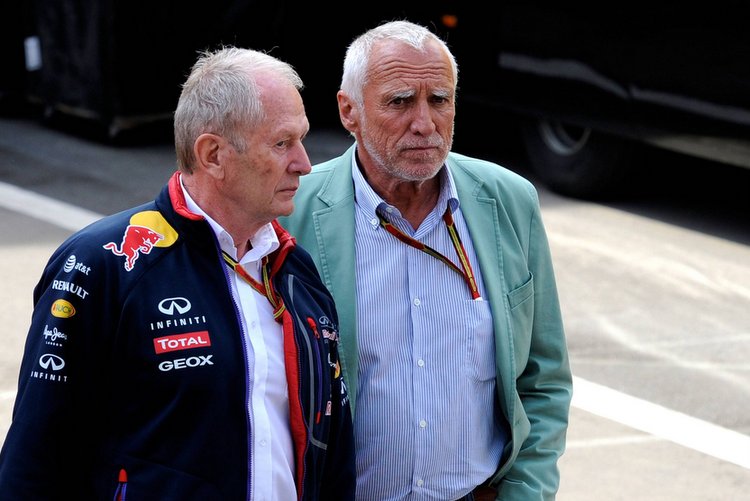 The energy drink giant used two Formula 1 teams in 2006, the new Scuderia Toro Rosso is considered a “rookie team” in which the Red Bull juniors like Sebastian Vettel are prepared for higher tasks. Vettel won four F1 World Championships in a row at Red Bull Racing from 2010 to 2013, with Max Verstappen adding the fifth in 2021.

In addition, with the second F1 team, Red Bull got a second voice when it came to new sporting or technical regulations and changes to the Concorde Agreement.

The great successes in Formula 1 only became possible after the ingenious designer and world champion creator Adrian Newey was committed for 2006.

“Without a top designer, I don’t get a top driver and no competitive engines,” racing team owner Mateschitz quickly recognized.

Even as one of the most successful entrepreneurs in the world, Mateschitz always stayed down to earth. In 2021, Red Bull employed no fewer than 13,610 people in 172 countries. His business partners in the beverage sector and in many other sectors, from Bernie Ecclestone to MotoGP maker Carmelo Ezpeleta, appreciate his handshake dealmaking, his enthusiasm and his down-to-earth attitude.