Is critical confidential F1 information leaking out of the FIA? 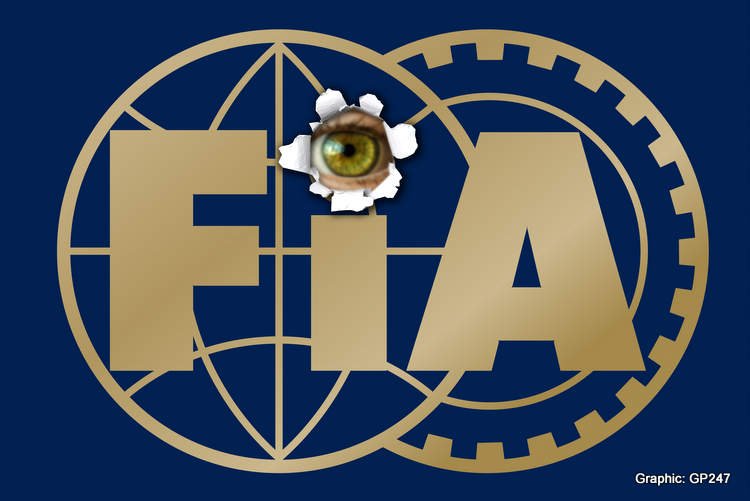 The best form of defence is to attack, and that’s what Red Bull are doing amid allegations they might have blown the budget cap last year, in which Max Verstappen won the 2021 Formula 1 World Championship.

Word emerged in recent days that Red Bull may be in breach of the financial restrictions that came into effect last year, however as the sport’s governing body has yet to release any related information thus not true until they do.

However if true, it raises many questions about the process of policing what F1 teams spend, top of the list being a sinister one: Is confidential F1 information leaking out of the FIA?

Red Bull are on the verge of claiming both 2022 F1 titles on offer their first Constructors’ Championship wins since 2013 and Verstappen his second in a row, if not in Singapore this Sunday, then probably Japan.

Red Bull team boss, at first scoffed at the suggestions, but has since processed the information and smells a rat or two, one of them named Toto Wolff aka Mercedes boss “Do you think that is a coincidence or do you think there might be a bit of a campaign to discredit what the team has done?

“It is somewhat suspicious timing and the thing that confuses me, there have been some extremely defamatory remarks that have been made, the submission between all the teams and the FIA is a confidential one so I have no idea what the status of any other team’s cap is.

“I would love to know where his source of information is because I have no idea on the condition of Mercedes’ submission or Ferrari’s submission. One has to ask where is that information and how he think he knows what our submission is?”

FIA president Mohammed Ben Sulayem inherited the governing body which Jean Todt left behind, and that project is ongoing no doubt as he structures for his term in charge. He is high profile on TV at the F1 races and big events but now he has real work to do, with the Wolff versus Horner war-of-words getting serious.

Horner: It is complete rubbish 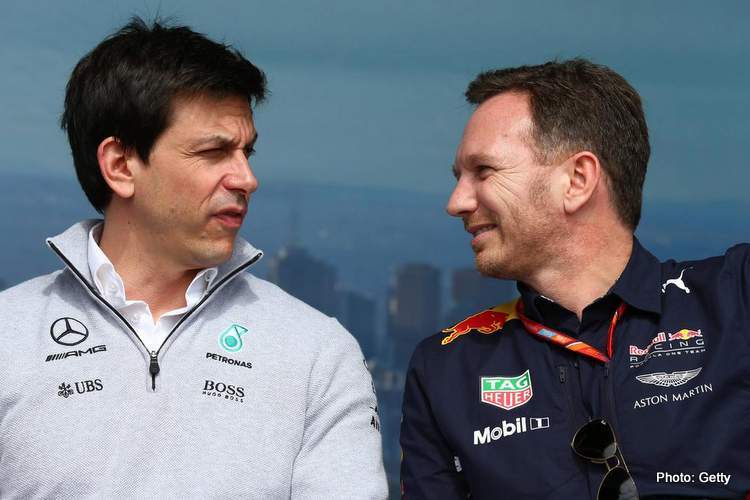 Needless to say, Horner is adamant that his team have not broken the budget cap rules: “Our submission, we believe, is fully compliant with the regulations, it has to be signed off by our auditors way back in March which was done, they are one of the big three.

“But, of course, it is the first year of these budget cap regulations and there is a process with the FIA that I hear, for example, we have been under investigation for six months.

“It is complete rubbish, we heard from the FIA 10 days ago asking for some clarifications as you would do in a standard audit. Now, that I don’t think is a six month investigation and most of the time we have had visits they have been en route from Brackley.

“It is frustrating and somewhat disappointing to have these very serious allegations made against you, against the team, the people, and when I hear that Mercedes took the pain of making 40 redundancies, that is less than 50% of the redundancies and pain we have been through at Red Bull racing.

“It is fictitious and we are extremely disappointed. I was pleased to see the FIA came out and sad they are in their process, no results have currently been given and provided, so let’s follow that process and see where we end up. I accept the principle yes but you have to look at how regulations have been applied.

“We know one team, for example, had a change of its accounting process of how it deals with heritage for example that was different to the regulations so in the first year of regulations like this there is always going to be different interpretations and that is where the FIA have taken their time to work through this and indeed are still doing so.

“I have seen some ridiculous numbers being mentioned and, again, where is that coming from?” asked Horner again; answers required from not only Wolff but also the FIA.