Wolff: Wednesday, certificates of compliance will be issued or not 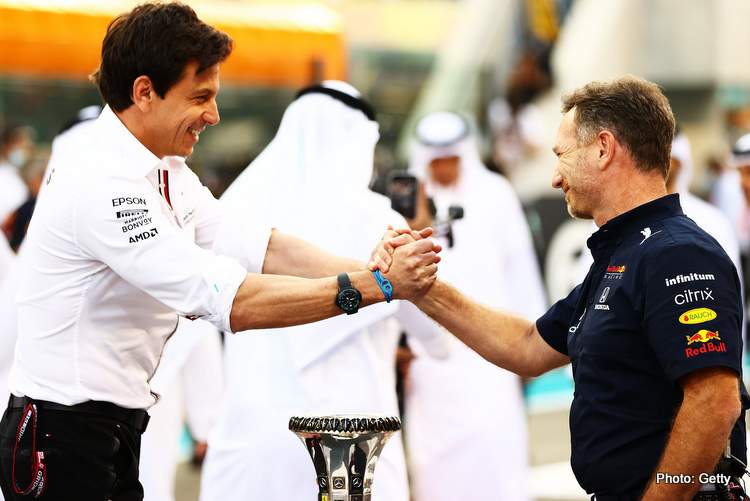 Toto Wolff shrugged off Christian Horner’s threats to sue whoever discusses Red Bull’s alleged cost cap breach in 2021 as noise, insisting all will be cleared out the coming Wednesday.

The Formula 1 world has been embroiled in its latest controversy in the past few days, as reports emerged claiming the Red Bull have breached the cost cap for the 2021 season, the season in which Max Verstappen won his first F1 Title in the last lap of the last race in Abu Dhabi, after the infamous Safety Car saga.

The 2021 season being the first time the cost cap was implemented, and teams and FIA are still getting familiar with the new system, with Williams even fined for missing the deadline for submitting their financial documents.

Toto Wolff was vocal about the allegations of Red Bull’s breach amid the “Costgate”. He is not alone as other team principals have voiced their concerns, but with his colorful history with Christian Horner, the Mercedes boss’ comments naturally came more into the spotlight. 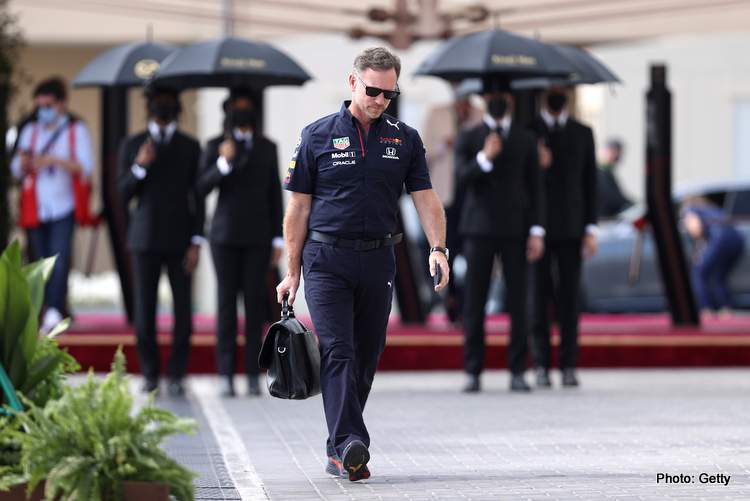 Asked if he was worried about a lawsuit from his Red Bull counterpart, Wolff told the media at Singapore: “For defamatory?? I didn’t see that interview. So maybe I should spend time watching it.

“For me, I’m 100% sure that the FIA is going to do the right thing,” he insisted. “So everything else is all chatter until then. And then for us, it’s important that the cost cap is being complied with. They are a cornerstone of the new regulations. And I very much hope that all the teams have done that.”

Wolff was asked about what he though was a suitable sanction should the breach be true, he insisted it is not a straightforward subject, pointing out how a minor over-expenditure might deliver a significant advantage for the team which spend more.

He said: “You know, this is just not a moment in time where suddenly you discover a breach or not, but the audits have been going on for a long time. Every team has collaborated with the FIA, discussions forward and backwards about how the interpretation go. So it’s over many months that you come to certain conclusions.

“So the point is, you need to find out what the case is,” Wolff went on. “Actually, we have no visibility of that. Is it a so called minor breach, I think the word is probably not correct. Because if you’re spending 5 million more, and you’re still in the minor breach, it still has a big impact on the championship. 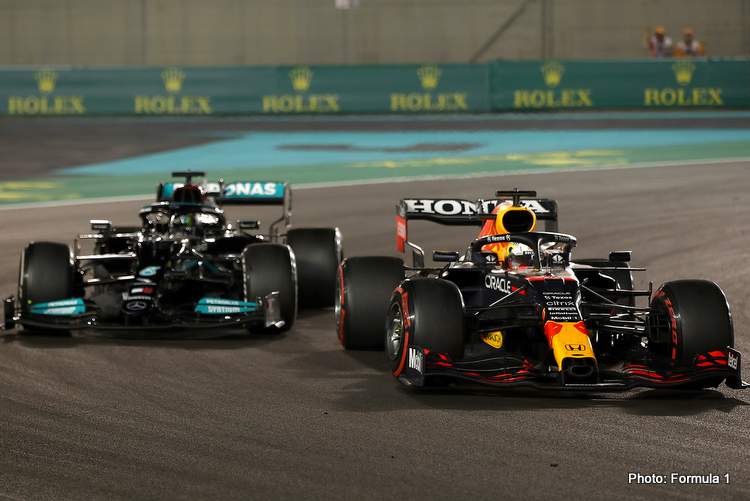 “To give you an idea, we obviously monitor closely which parts are being brought to the track from the top teams every single race – 21 season and 22 system, and we can see that there are two top teams that are just about the same and there is another team that spends more.

“So we know exactly that we’re spending three and a half million a year in parts that we bring to the car, and then you can see what difference it makes to spend another 500,000 – it would be a difference.

“We haven’t produced lightweight parts for the car in order to bring us down from a double digit overweight because we simply haven’t got the money, so we need to do it for next year’s car. We can’t homologate a lightweight chassis and bring it in, because it’s just 2 million that we will be over the cap. So you can see every spend more has a performance advantage,” he explained.

Wolff insisted it is up to the FIA to pass their verdict, which may go to an adjudication panel should there be any conflict, all of which the teams have no say in.

“In terms of the penalties, there is a catalogue of penalties that the FIA needs to decide what’s appropriate or whether this goes to the cost cap adjudication panel which is the governance and we have no say in this,” he said. “We shouldn’t have an opinion on this either.

“We need to see what the outcome is and then one can comment,” Wolff said. “But again all the stakeholders in the sport, all the teams that have complied to the regulations FIA, Formula 1, need to make sure that these regulations have teeth because of the reasons, aforementioned reasons, you can gain a real competitive advantage.”

The elephant in the room 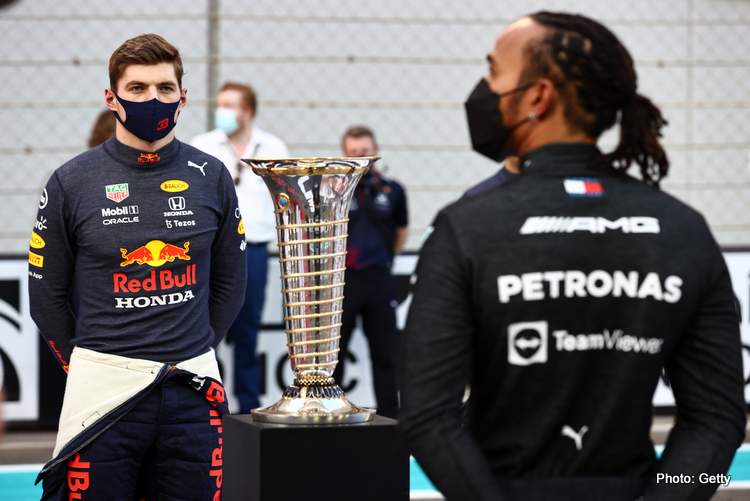 It all goes down to the elephant in the room; will Verstappen lose his 2021 Title?

If points end up being deducted, that is a possibility. Asked if he thought that was fair to penalize the driver for something the team has done, Wolff said: “I tell you, I don’t want to be in the shoes of judges to judge on that.

“Drivers driving their guts out in order to be on top, there’s decisions that the team takes that they are not involved in; but still at the end, you sit in a car that’s maybe on steroids, so such a tough, tough call.

“And I wouldn’t want to make a judgement call and to be honest. My thinking isn’t so far,” Wolff added hinting last year’s Title loss has nothing to do with his opinion.

“It’s more about the principle of how is this gonna pan out in the future? How robust are these regulations? How are they being enforced and policed, how is the governance process being run?

“Because we don’t know when it goes to the adjudication panel how the judges will decide. And then it’s a learning by doing I think for all of us,” the 50-year-old maintained.