Binotto: We have been brave 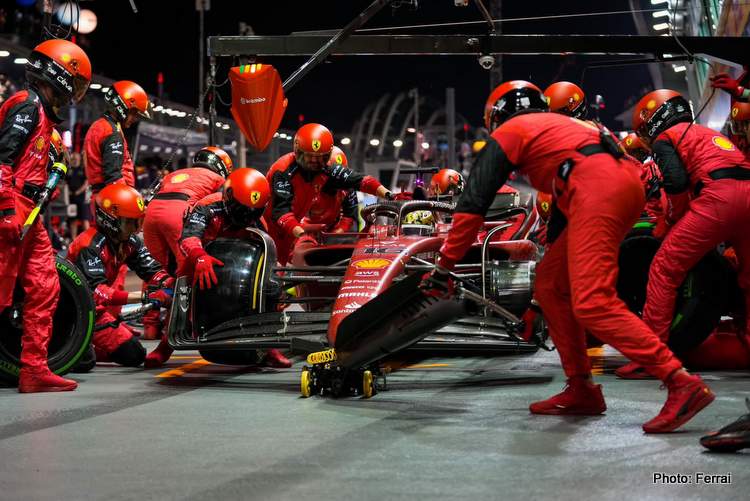 Truth be said, Ferrari did not commit any errors on Sunday in Singapore, and keeping aside Charles Leclerc losing the start to Sergio Perez – ultimately costing him the race win – the Scuderia were on their best behaviour in terms of strategy and pit wall decisions.

Binotto believed that timing his team chose to switch from Intermediate tyres to Mediums was the correct one and bold.

“In the end [of the race] we have been fast in the dry in the switch to slicks,” he told Sky Sports F1. “We have been brave to be the first to switch to slicks, between us and Sergio. We went well on the wet and the dry and that’s the biggest positive of the weekend.”

Leclerc’s start affected the rest of the race

“Now, on the start itself Charles had a good reaction time, the procedures on the car worked but later Charles had wheelspin because he didn’t have enough grip,” the Ferrari boss clarified. “We will review it but that has effected the rest of the race.”

However, with Mercedes targeting their second place in the Formula 1 Constructors’ Championship, Ferrari collected a decent haul of points on a day when George Russell scored no points, while Lewis Hamilton finished his error strewn race ninth.

“Only finishing second and third overall is still a good result,” Binotto said. “In terms of the Constructors’ Championship it has been a good weekend.

“Overall, the car worked well on the wet and on the dry. Yesterday in quali and today in the race it also worked well. We can be satisfied,” he insisted.

Binotto revealed Ferrari has taken some corrective action based on previous mistakes, saying: “Looking back at Spa and Zandvoort certainly there it was more difficult. We’ve addressed some of the issues that we had.”

Sergio Perez won the race at the Marina Bay Street Circuit, but he was still under investigation after the race for breaching Safety Car regulations on two occasions, for which he could’ve been penalized by two five-second time penalties.

Finishing 7.595s ahead of Leclerc, Perez could’ve potentially lost the win, and Binotto commented just after the race: “We need to wait on the stewards decision which will be after the race.

“I am very curious to see, there were two infringements behind the safety car so it can twice be a penalty but we can only trust on what they will decide.

“We believe that’s the infringement [not leaving ten car lengths behind the Safety Car], the last time it happened I think it was Giovinazzi in 2020, which was a five-second penalty but again we are not there.

“We won’t participate in the summons, so it is difficult for us to judge so we will simply wait and hopefully it can change the final result today,” Binotto hoped.

Ultimately Binotto’s hopes did not materialize, as Perez was given a reprimand for one Safety Car breach and a five-second penalty for the other which meant he kept his win. (Additional reporting by Agnes Carlier)