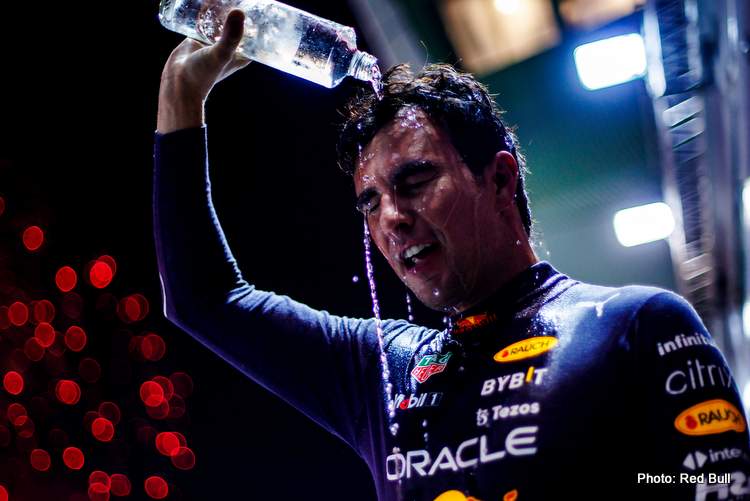 Sergio Perez redeemed himself with his drive to victory in Singapore after clearly struggling with his recent performance, something that raise questions regarding his worthiness of a Red Bull seat.

He may have benefited from Max Verstappen’s messed up qualifying, but on Sunday, the Mexican delivered a commanding drive in mixed and unpredictable conditions fending off Charles Leclerc’s attacks to take the chequered flag first under the flood-lit Marina Bay Street Circuit.

What made matter more complicated for Perez was that he had to build up a gap of more than five seconds over Leclerc in order to keep his win, as he was under investigation by the Stewards for breaching Safety Car rules, leaving more the ten cars’ length behind it, an offense punished by a five-second penalty.

After the race, it was reported that the Red Bull driver was investigated for two Safety Car offenses, meaning a potential ten-second time penalty (two five-second penalties) which could’ve meant losing his win to Leclerc who finished 7.595s behind him. 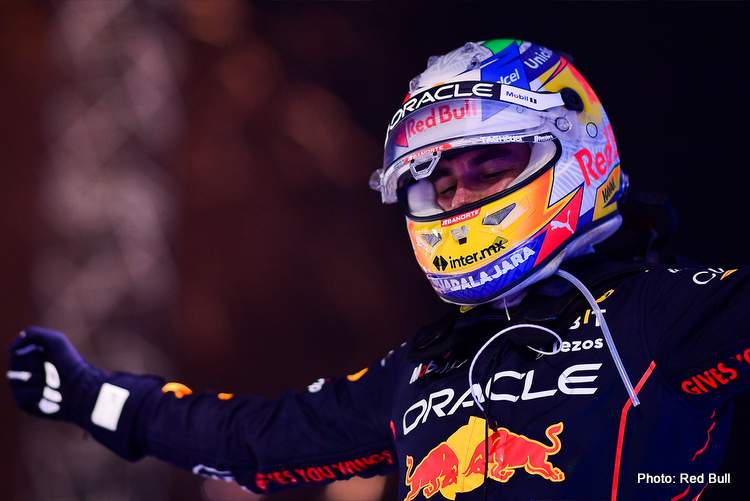 However, Perez kept his win, as the FIA reprimanded him for one of the offenses only, while he was given a five-second time penalty for the other, meaning his victory stands.

He was also given two penalty points in his Super License, while his reprimand was the first for this season.

Speaking in the after the race, Perez was confident to survive the Safety Car investigation, saying: “Basically, I am confident there was a bit of miscommunication with the pace car.

“It was a bit of miscommunication. These conditions are not normal,” the 32-year-old added.” It is fully understandable that the conditions are difficult. I expect that there is no further action from the stewards.”

As it turned out, there was further action, but it did not alter the results of the race.

“I am so happy to get this victory for me and my Team, it means a lot to me,” he added in his team’s post race press release.

“I haven’t been on the podium the last couple of races but I was always working under the radar and making big noises behind the scenes, so I am super proud of the performance today,” Perez revealed.

“Mentally it was tough and you had to stay alert for the whole race. It was super tricky in the conditions out there today and people underestimate how difficult it is to drive in those, going through the final sector was so hard.

“There was a bit of miscommunication with the safety car I think, he was going really fast in places where I couldn’t keep up with him and then slowing where I could go fast. We were driving on slicks in the wet trying to keep the temperature and that is difficult,” the four time Formula 1 race winner explained.

“When they told me I was under investigation I just pushed like qualifying for 15 laps to get as big a gap as possible to Charles,” Perez said, as it turned out he was lucky to pull through two investigations.

A world class drive from Checo 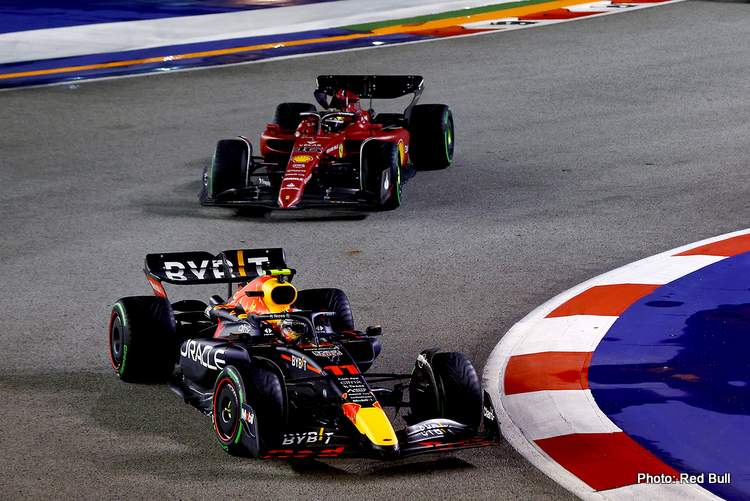 Red Bull team boss Christian Horner added: “That was world class from Checo, it is right up there as one of his best drives. He was always fighting and even though he had a lot thrown his way he managed to stay on top.”

On the investigation, Horner said: “The safety car could have been a real stumbling block but how many times have we had to deal with a safety car lap and how many precedents are there?

“For us, this time, it really was a none issue. The stewards took their time with it, but they reached the right decision. It would have been a incredible shame to have taken that victory away from Checo.

“It was a massive result for him and we are super proud of him,” the Red Bull chief concluded.

This is how we do it 🏆 #SingaporeGP 🇸🇬 pic.twitter.com/o0hmrAyvLO