Vettel: I am a hypocrite doing what I do for a living 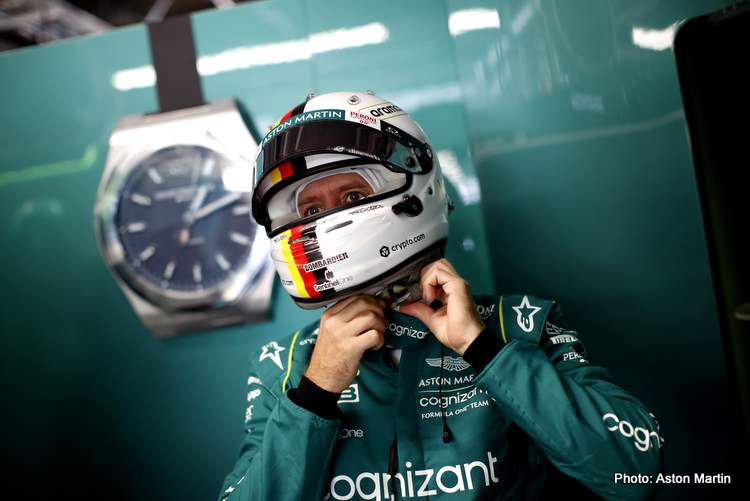 Sebastian Vettel responded to a Canadian politician labelling him a hypocrite at the weekend of the Canadian Grand Prix that he actually was one for what he does for a living.

The four-time Formula 1 World Champion arrived at the paddock of the Circuit Gilles Villeneuve last week wearing a T-shirt that warning from the dangers of mining Tar Sands in Alberta Canada with its energy minister Sonya Savage slamming him as a hypocrite on Social media.

Asked about the incident during the race weekend in Montreal Vettel said: “It’s right, but what you miss and I’m a little bit disappointed that politicians or politics jumps on a personal level, because it’s not about me, you know, it’s not at all about me, it’s about the bigger picture.

“And I am a hypocrite doing what I do for a living, or doing what I love,” he revealed. “We all have different passions, this is the way I sort of paint my canvas.

Disappointing that people make it personal

“There are solutions for the future to make it more sustainable and not rely on fossil fuels, and, you know, the future in that regard looks exciting, but I think it’s disappointing that we break it down to a personal level and miss to look at the bigger picture.

“What’s really important is the message that we need to make the switch and get out of fossils and start to base our whole lifestyle on renewables.

“So, I think that’s the bigger picture for stuff that I’m trying to address,” the German added.

Vettel has become quite the activist recently speaking out about various topics ranging from LGBTQ rights to climate changes and environmental issues.

“These things have to be said, because they are a part of where we are today,” he told The Telegraph in an interview on Sunday, a week after the he concluded his race weekend in Canada, where he finished the grand prix in 12th place for Aston Martin.

“It feels like a responsibility,” he said of his motives for the campaigns he does. “I’m not telling people to buy a certain drink or a certain shirt because it will make me richer.

“I’m not interested in that. Human rights and the climate crisis are bigger than anything else,” the Aston Martin driver insisted.

“It’s not an overnight thing. I agree, it’s very different to what I sounded like 10 years ago. But look at the age on my passport.

“There is a time and an age for everything. I’m very happy that I discovered these other subjects, because they made my world grow. It now feels very natural to talk about them,” the 34-year-old admitted.

Vettel claims that having children had an impact on how he sees things saying: “It does change you [having children], but I believe for the better.

“My kids have helped me to understand that there is so much more, how to experience love in another dimension. It is the most important thing, to look after them and to make them a better version of yourself.

“I’m in a very privileged position. My job never felt like work – that’s not normal. So, I want to use what life experience I have to help make my kids happy in their lives,” the winner of 53 grands prix pointed out.

Vettel who has zero presence on social media, fiercely protecting his and his family’s privacy went on: “I’m very happy to learn more and be criticised if I get something wrong, because that might mean next time I get it right.

“But I’m not worried about criticism that comes anonymously through comments on the internet.

“Who are these people?” he questioned. “If people have the balls to talk to me directly, then fine, I listen to them. But in some chat group online?

“I’m not a researcher, I don’t have the knowledge that scientists do. But if you read just a little, you can connect the dots and see that we are in trouble. It’s about being curious,” the veteran of 286 grands prix concluded.