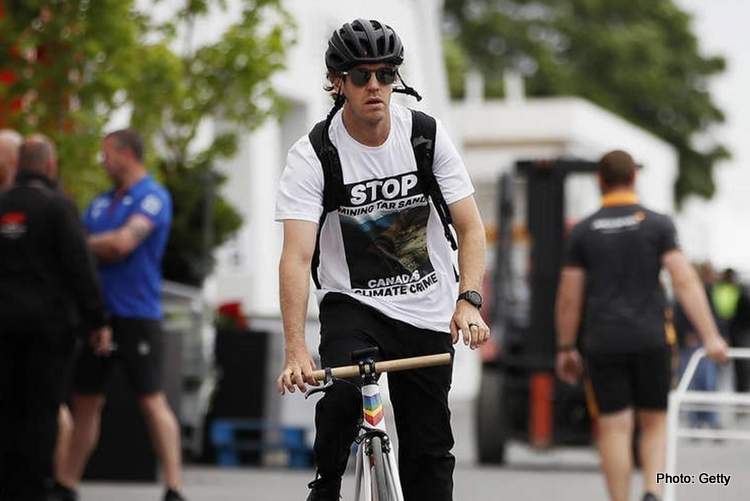 Sebastian Vettel was labelled a hypocrite by politicians from Alberta, after he shed light on Tar Sands Mining as an environmental threat in the Canadian province .

Formula 1 activist Sebastian Vettel has used his platform to put the spotlight on many issues from LGBTQ rights to climate change but this week the German came to the Canadian Grand Prix targeting Alberta’s tar sands.

A four-time World Champion, Vettel arrived at Circuit Gilles Villeneuve riding a bicycle wearing a white T-shirt sporting a picture of a pipeline with “Stop Mining Tar Sands” at the top and “Canada’s Climate Crime” stencilled along the bottom. 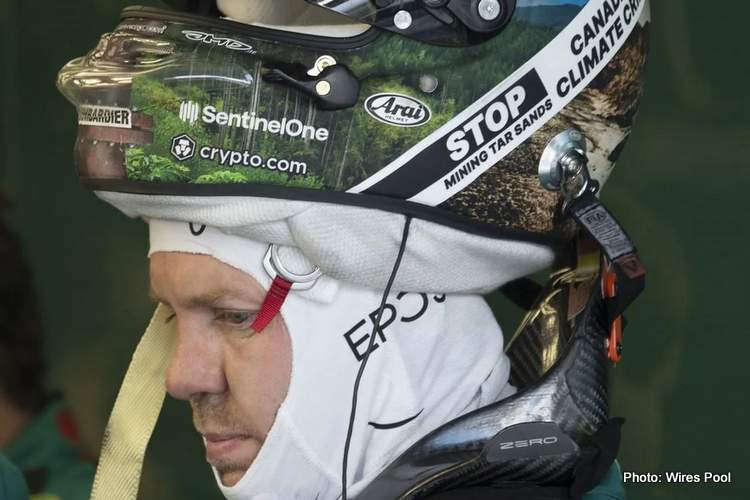 “I think what happens in Alberta is a crime because you chop down a lot of trees and you basically destroy the place just to extract oil and the manner of doing it with the tar sands, mining oil sands, is horrible for nature,” Vettel told reporters during his pre-race news conference on Friday.

“There’s so much science around the topic that fossil fuels are going to end, and living in a time that we do now these things shouldn’t be allowed anymore and they shouldn’t happen.

“So it is just in principal to raise awareness,” the 34-year-old added.

Vettel’s protest caught the attention of Alberta politicians who quickly took to social media labelling the German, whose team is sponsored by Saudi Arabia state-owned oil giant Aramco, a hypocrite.

“I have seen a lot of hypocrisy over the years, but this one takes the cake,” tweeted Alberta’s Energy Minister Sonya Savage. “A race car driver sponsored by Aston Martin, with financing from Saudi Aramco, complaining about the oil sands.

“Saudi Aramco has the largest daily oil production of all companies in the world. It is reputed to be the single largest contributor to global carbon emissions, of any company, since 1965,” added Savage.

I have seen a lot of hypocrisy over the years, but this one takes the cake. A race car driver sponsored by Aston Martin, with financing from Saudi Aramco, complaining about the oilsands. 1/3 #ableg https://t.co/8gaMl7JeFj

Vettel has linked his name to many causes; last year he wore a rainbow-coloured T-shirt in Hungary with the message ‘same love’ to protest anti-LGBTQ+ legislation and earlier this month said Formula 1 was now ready to welcome it’s first openly gay driver.

But for the father of three, environmental issues are of particular concern, saying he does not want to leave the next generation a destroyed planet.

At the Miami Grand Prix in May he wore another T-shirt that warned, “Miami 2060 – 1st Grand Prix Underwater – Act Now or Swim Later.”

“It is just to think about future generations and the world we will leave in their hands once they are old enough to carry on to take care of it,” said Vettel, who is often spotted at tracks helping clean up rubbish after a race. “I think it is only fair to look after it and not destroy it.”

A decent Friday for Vettel in Montreal 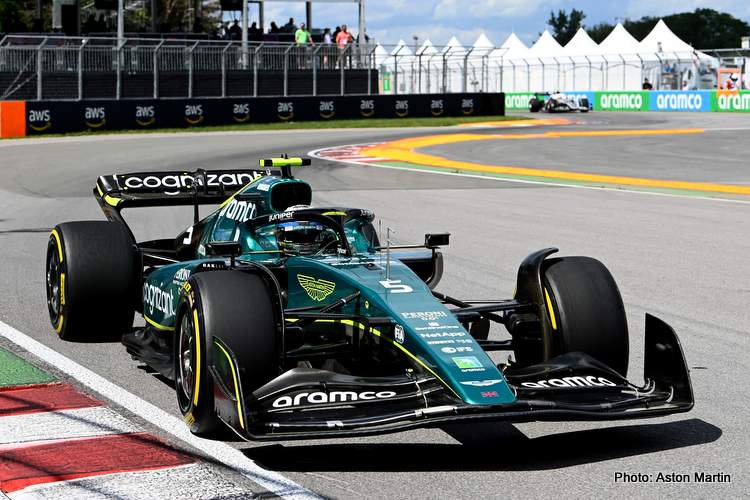 From a racing perspective, Friday wasn’t so bad for Vettel as he finished FP2 fourth fastest, and best of the rest, having improved from ninth fastest in the opening practice session, but the Aston Martin warned against being over-optimistic about his team’s prospects for qualifying.

Vettel reflected on his Friday in Aston Martin’s team report saying: “This is a tricky circuit to get right, especially after a couple of years away.

“I lost the car a couple of times on the approach to Turn One – but, overall, the car was pretty well behaved,” he added. “Still, I think we need to be realistic about qualifying tomorrow; we’re improving all the time but we still have some work to do.

“I think Saturday could be tricky – the conditions have been unpredictable all weekend and it looks likely to be another wet-dry day.

“But I’m looking forward to whatever the weather throws at us,” the 57-time polesitter concluded.