Grosjean: The car let go, I don’t know why 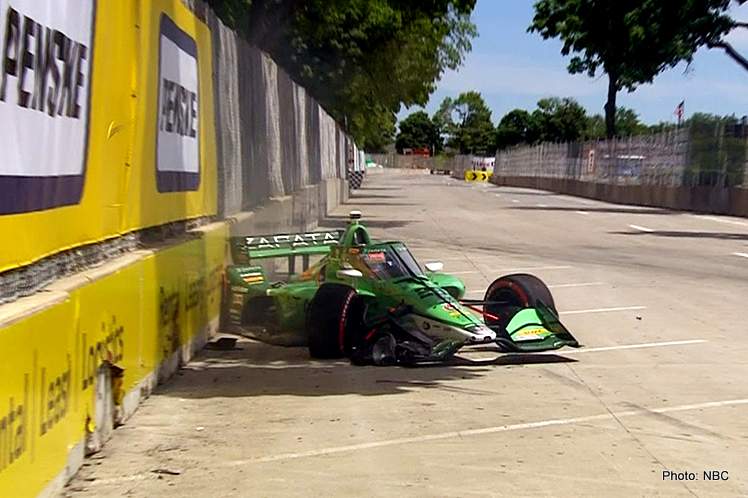 “The car let go, I don’t know why,” sound familiar”? Yep, it’s Romain Grosjean explaining how he pranged the #28 Andretti Autosport Honda during qualifying for the Detroit Grand Prix.

Familiar? Too Formula 1 fan of course. How often was that the case during his career in the top flight?

America’s infatuation with Grosjean, the heroic survivor of the fiery Miracle in Bahrain back in 2020, made him the most popular driver in Indycar last year and landed him a fine drive with Andretti Autosport this season.

For the first time, he has included ovals on his schedule, making his Indianapolis 500 debut in May, and guess what? He crashed at high speed; a proper big one on lap 106 when Turn 2 was not wide enough for the yellow Dallara, and as per tradition, Romain did not know what happened!

Grosjean told reporters after the one in May: “The car spun. I don’t know why. No warning on that corner, no issue – it was actually really good in one and two.

“Three and four was a bit more tricky, but in one and two it was pretty good. I wasn’t expecting anything bad in that corner and obviously, I spun without any warning.”

Fast-forward a week. A green liveried Dallara. Detroit, the final race at Belle Isle. Qualifying. Grosjean after his big hit on a hotlap: “I wasn’t expecting anything bad in that corner and obviously I spun without any warning. It was a decent hit.

And closing with a proper Grosjeanism: “We just need to analyze and get better because obviously, that’s not what we want.” 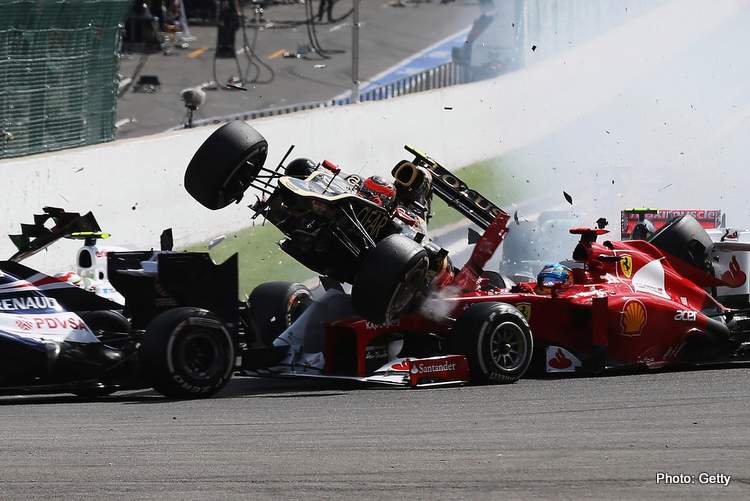 All very familiar to fans who followed Grosjean’s adventures and misadventures in an F1 career that spanned 179 starts, which was – with the benefit of hindsight and with respect – far too long with too few good memories.

Thus after the Miracle of Bahrain and the end of his F1 career, Indycar provided an ideal platform for Grosjean to reboot, learn from the numerous mistakes he made in F1 and have a strong career Stateside as F1 refugees have in the past. And last year he seemed headed in the right direction bar a few strange moments.

But this latest spate of crashes and mistakes by Grosjean suggests the old dog has not learnt any new tricks for the Indycar chapter of his life and alas remains an accident waiting to happen on any given race weekend.

How much longer will he continue to be Indycar’s Golden Boy? Or, without beating about the bush, how many Miracles are left for him?