Ricciardo: Excited to go home, it’s been a while 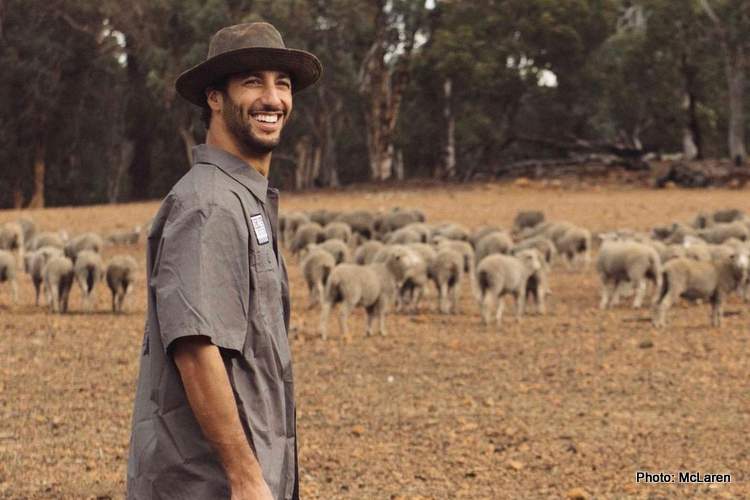 Daniel Ricciardo last raced in Melbourne in 2019, as a Renault driver, but he returns to contest the 2022 Australian Grand Prix with McLaren, and he’s definitely excited about it.

The Australian does not have a stellar record at his home Grand Prix, his best result there being a couple of fourth places in 2016 and 2018.

McLaren’s struggles with their MCL36, coupled to a Mercedes power unit no longer the benchmark of the grid, will mean that it would be a long shot for Ricciardo to have a strong result, let alone reach the podium.

Nevertheless, after two years of absence for the race down under due to Covid restrictions, it returned to the Formula 1 calendar this season, and the driver from Perth couldn’t be more excited.

“I’m excited to go home, definitely, it’s been a while,” Ricciardo was quoted by F1’s official website. “I’ve heard sales have been nuts and it’s going to be an awesome atmosphere so I cannot wait.

“Max [Verstappen] is cheering!” he joked. “He’s excited to go as well. It’s personal to me because I am Aussie and it’s a home one and that’s a privilege, but every driver I speak to about Melbourne, they love it, they love it as an event.”

The Albert Park track in Melbourne has undergone some changes in its layout, and now features 14 corners instead of 16, in addition to re-profiling or widening of other corners, the changes being based on drivers’ feedback.

“It’s exciting to go through the track changes as well this year, see what kind of racing that produces,” Ricciardo added. “So, just a big bundle of excitement.”

“I think with the new design at Albert Park, it’s really focused on improving the racing, the spectacle on Sunday, to create more opportunities for overtaking,” he revealed. “It’s a beautiful circuit but it’s always been quite narrow and tight, and therefore quite tricky to overtake on.

“So we’ve really tried to exploit some areas to allow more slipstreaming, to allow for more chances for overtaking under braking. So I think it’s going to be a different spectacle this time round,” he predicted.

“Us drivers, a bunch of us were consulted on this. We were allowed to give our thoughts and input… We might not all be aligned but I think the purpose of this is to make the Sunday better. I had that in mind when I gave my input.

“If 2022 promises everything it does with being able to follow and the racing to be enhanced, then coming to a circuit like Albert Park with these changes should make a pretty amazing spectacle,” the McLaren driver concluded.