Verstappen is Autosport’s International Racing Driver of the Year 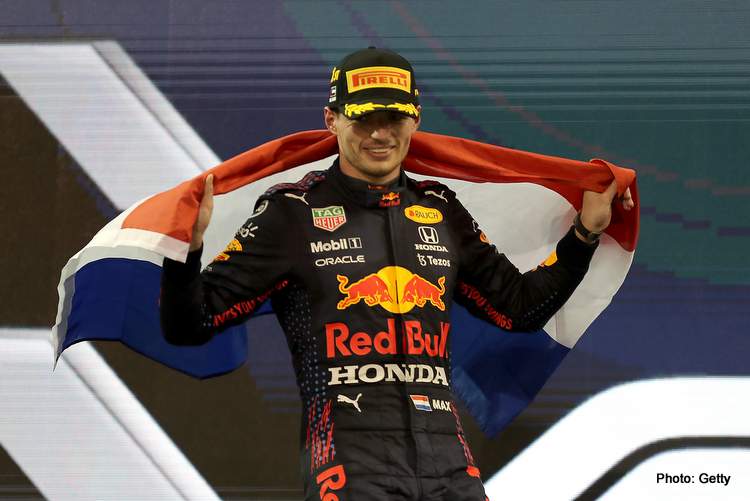 Max Verstappen, the 2021 Formula 1 World Champion, was awarded the Autosport’s International Racing Driver of the Year award on Sunday.

Verstappen has been able to break Lewis Hamilton stranglehold over the F1 drivers’ championship, who has one four consecutive title since 2017 which, added to his two in 2014 and 2015, means he has only won six of the last seven F1 championships with 2016 going to Nico Rosberg.

Verstappen was competing with Hamilton, IndyCar Champion Alex Palou, and Formula E Champion Nick de Vries for the prestigious awards, but the Autosport readers voted the Dutchman as their driver of choice.

Verstappen was not present at the award ceremony to receive his award, but his team boss Christian Horner was there on his behalf to receive it, as the Red Bull ace addressed the audience via a video message.

“First of all, I would like to say a big thank for you to all the fans for voting for me to win this award. All the support over the year was amazing,” he said.

“I would like to thank Red Bull and Honda for giving me the car to win the world championship,” he concluded.

Christian Horner, said of Red Bull’s star driver: “Obviously he has developed and matured over the last few years. The way he drove last year was outstanding and to go up against Lewis Hamilton who was at the top of his game.

“Max led more laps than any other driver and won more races, he thoroughly deserves this award,” the team boss concluded.

Verstappen became the second Red Bull driver to win the F1 Drivers’ Crown after Sebastian Vettel, the German who competed in the Race of Champions over the weekend, dominating the F1 scene with Red Bull for four straight years between 2010 and 2013.

Max Verstappen is your 2021 International Racing Driver of the Year! 🏆

The @redbullracing driver received the most votes to win the prestigious award, presented by @pirellisport 👏
#AutosportAwards21 #Ad #Autosport pic.twitter.com/JFRuCrStzT