Capelli: The track will decide the Ferrari driver heirarchy 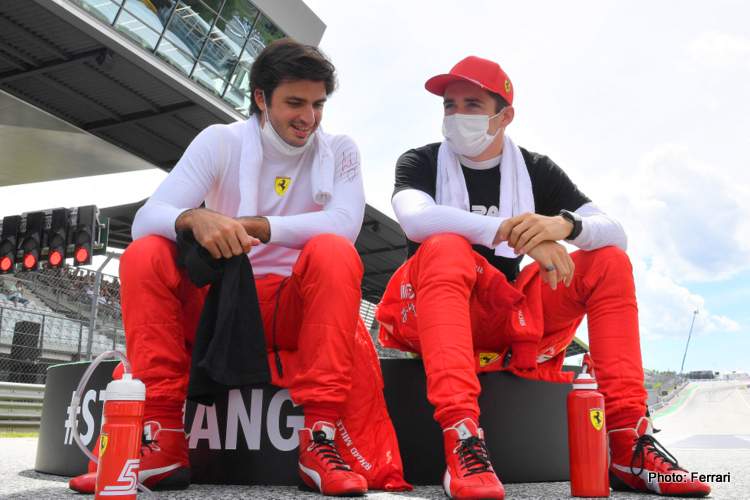 Former Formula 1 driver Ivan Capelli believes results on track will determine the Ferrari driver hierarchy between Charles Leclerc and Carlos Sainz who both have the same goal to be number one.

Leclerc all but single-handedly ousted his former teammate Sebastian Vettel from Ferrari by simply out driving the German during his final years in Red which paved the way for the Monegasque to lead the Scuderia on the driver front.

But into Maranello, to replace Aston Matin bound Vettel, stepped up the ambitious and very fired-up Sainz. To cut a long story short, Carlos beat Charles in the championship standings, after his first year with the great Italian team.

Capelli is impressed by the Spaniard and told Gazzetta dello Sport: “Sainz was very good at adapting immediately to the methods of a team much more complicated than the others. I believe that being able to speak Italian, which he learned at the time of Toro Rosso, has helped him along this path. He is a driver who knows how to handle situations and manages tyres very well.

“Charles, on the other hand, is faster on the flying lap. For 2021 he was expected to be the number one driver but that was not the case. In the previous years with Vettel, that wasn’t an issue either. Having pressure on one’s shoulders sometimes makes a big difference,” added Capelli.

The 58-year-old from Milan was once Italy’s big hope to make it with big as a Scuderia driver. But that was short-lived.

Capelli: British teams get it right with their drivers

At the end of 1991, after Cappelli shone for Leyton House, Ferrari signed him for ’92, but the timing was all wrong. The team was in turmoil at the time with three managers in as many years, the car was a lemon and management lost interest in their Italian driver making it.

By the end of the season, Capelli was out, Gerhard Berger in as teammate to Jean Alesi in the other Red car. Nevertheless, that spell gave the Italian valuable insight into how the Scuderia works.

Ahead of what is expected to be an epic 2022 F1 season, Capelli has advice for the team: “Ferrari must start the season ready to manage two drivers who have the same ambitions, without showing favouritism.

“It is a bit of us Italians who believe it essential that there is a hierarchy in a team but this is not the case. The British teams get it right with their drivers, just think of the Williams partnership between Mansell and Piquet or the one between Senna and Prost at McLaren.

“Both Leclerc and Sainz must have the goal of winning and, if anything, it will be the track that will decide a driver hierarchy within the team,” predicted Capelli who made 93 Grand Prix starts during his tenure in the top flight.

What’s really required for the Reds is a car capable of winning for the two Charlies to really showcase their abilities. By all accounts, the team is progressing well with the Ferrari F1-75 which they hope will end the win drought that stretches to Vettel’s win in Singapore back in 2019.