Masi to be ousted amid race-management restructure? 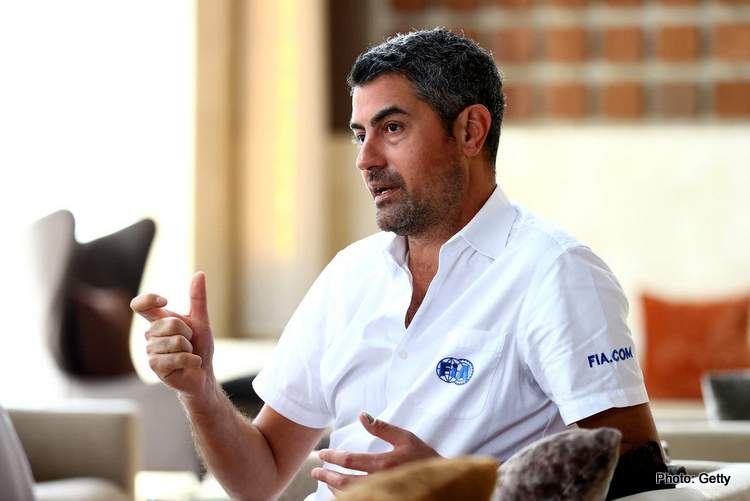 The future of Michael Masi is still up in the air with recent reports claiming the Formula 1 Race Director might be shown the door a amid race-management restructuring the FIA is planning.

The final outcome of the controversial 2021 Abu Dhabi GP is yet to be known, as the FIA investigation – launched into the manner in which Race Director Michael Masi administered the safety car period during the race – is still ongoing with the sport’s governing body planning to reveal the findings on March 18.

Without delving again into the well reported events of that night in Abu Dhabi, Mercedes believe Masi’s actions on have “robbed” Lewis Hamilton of an eighth F1 title, insinuating that the seven-time World Champion’s future hangs on the result of the investigation.

We have previously reported earlier in January this year, that the FIA has revealed it’s organizational structure for 2022, with Michael Masi’s name missing from the Single Seater division and replaced by Peter Bayer, which cast doubts on his future.

A new report claims Masi may be out

A new report in the BBC claimed that the Australian’s future actually is doubt as there is “widespread acceptance across the sport that race director Michael Masi failed to follow the rules correctly during a late safety-car period in the title-deciding race” and that sources have told BBC Sport that “the FIA’s plans are to introduce a series of safeguards that will leave the race director freer to make decisions in a calmer environment”.

The report further claimed: “Many insiders admit that Masi made a series of operational errors in the closing laps at Yas Marina that were contrary to the rules and accepted protocols – and there remain serious questions about his future in the role.

“At the same time, it has been accepted that the Australian was left exposed, isolated and under too much pressure in the final laps of the race.

“A support structure is being planned for the race director, insiders say,” it added.

The changes the FIA might implement are “likely to include a barrier between that role and the teams to avoid the direct lobbying to which Masi was subjected from the team bosses of both Mercedes and Red Bull in Abu Dhabi”, whereas “revisions to the operations of the stewards – who are independent of the race director and decide on penalties for breaches of the rules” might be introduced as well.

Some teams recommended removing Masi to the FIA

Masi’s actions don’t seem to have gone down well with many of the F1 teams, as the BBC claim a number of teams have recommended to the newly elected FIA president Mohammed Ben Sulayem, to appoint a new racing director.

The publication said: “Some senior insiders say they cannot see how Masi can credibly remain in his role into another season, arguing not only that Abu Dhabi fatally undermined his credibility, but that the errors he made there were merely the biggest and latest of a series over the course of the 2021 season and before.”

It went on to reveal: “And high-level sources say that the most likely scenario is that a new race director will be installed for the 2022 season.

“However, there is far from unanimity on the matter. Other teams are said be either ambivalent as to whether Masi stays or would have no problem with it, as long as a more effective support system was put in place around him.”

The report disclosed that a meeting was held between the FIA and the teams’ sporting directors in the presence of the executive director of single-seaters Peter Bayer, where it was agreed that “the race director’s actions have to be predictable” and that “Masi’s improvisations around and failure to follow the rules in Abu Dhabi that led to the outcry after the race”, with another meeting expected between Bayer and the drivers to “seek their views on Abu Dhabi and other matters” with no date still confirmed.

Both meeting are considered as part of the FIA’s investigation in the ongoing saga that has been developing ever since the chequered flag was waved at the 2021 Abu Dhabi season finale back in December.

Since this report has been published, further developments have emerged on the Michael Masi situation, available for you here>>>.