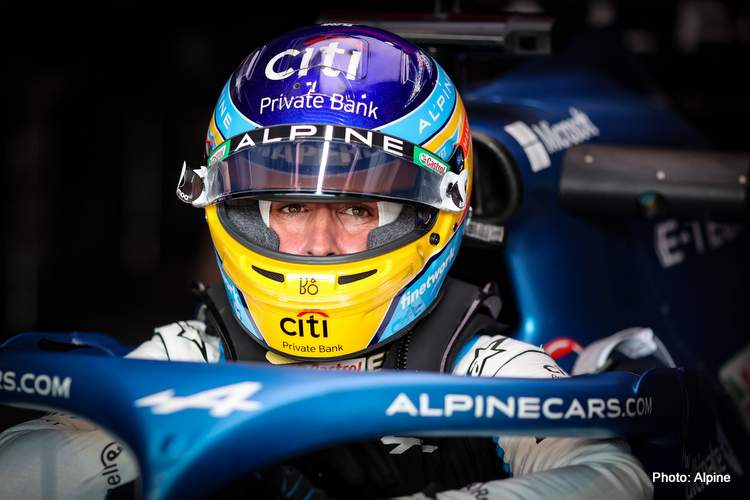 Fernando Alonso believes, that despite the recent upheaval within Alpine, the French Formula 1 team is better placed to contest the 2022 season.

Alpine has been going through a major restructuring process instigated by the team’s CEO Laurent Rossi, with Executive Director Marcin Budkowski leaving the team with immediate effect on January 13, followed by the high-profile exit of the team non-executive director of the board and advisor Alain Prost.

The former four-time World Champion did not leave silently though as he has expressed his dismay with the way his departure was announced and later went on to the reasons behind his exit accusing Rossi of pushing him out, trying to be in the spotlight on his own.

Otmar Szafnauer, former Aston Martin team principal is being linked with a role with Alpine, with reports saying he would be joining the Enstone-based team bringing sponsor BWT with him.

Alpine is good though

Despite all this change in the team, Alonso believes that Alpine is “in better shape now” than at the start of the 2021 F1 season.

“We are still not on top of all the problems, but everyone will have a different opinion,” he told motorsport.com.

“Obviously with experience working for different teams, I could see some things that we were weak, other areas we were very strong. You try always to make the team stronger and stronger, and more prepared into 2022.

“I think we are in better shape now than what we were in March, in Bahrain, but still a few things I’m sure that we’ll have to fix,” Spaniard explained.

“It’s difficult to know what is the gap, so at the moment there are only hopes but I understand that these hopes are for everybody.

“It’s not only to us, and it’s a completely unknown territory what we will find [this] year,” the two-time F1 Champion admitted.

It’s up to the team now to deliver

Alonso, who won his two championships with Alpine under its Renault F1 guise in 2005 and 2006, believes that with the new rules, the budget cap being enforced, the French team has no more excuses not to deliver, as they are now on a more level playing field with the big teams in terms of spending.

“I’m optimistic we have the right resources, we have the commitment from Luca de Meo, from Laurent Rossi, all our management they are committed to Formula 1 ,” he claimed.

“The budget cap should help because there is no unlimited budget for the top teams. Now it’s more or less the same budget for everybody and it’s up to us to do a good car. If we don’t do it, we will learn from our mistakes.

“There are not any more of those things. So, it’s up to us,” Alonso concluded.

The 40-year-old driver from Oviedo, Spain finished his comeback season in F1 tenth in the Drivers’ Championship, with one podium finish at the 2021 Qatar GP being the highlight of his season.

His third place in Qatar and Esteban Ocon’s win in Hungary, helped Alpine finish the 2021 F1 season fifth in the Constructors’ table.