Prost: Laurent Rossi wants all the spotlight, I could feel a lot of jealousy 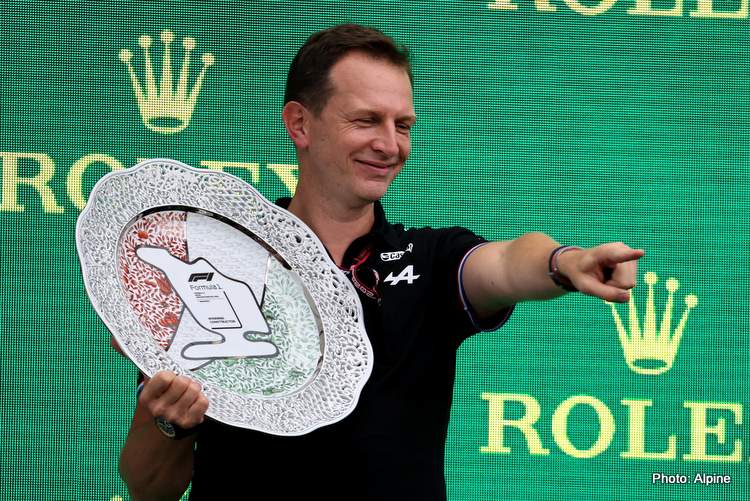 Alain Prost spoke of his recent ousting from Alpine, claiming that the team’s CEO Laurent Rossi wanted all the spotlight to himself.

The news broke out two days ago that Prost will not be continuing in his role as Alpine team advisor and non-executive director of the board, with the Frenchman expressing his dismay over social media with how the news were leaked where an official joint announcement was planned.

Prost has elaborated on the situation speaking to French newspaper L’Equipe about the reasons behind his exit from the team.

The 66-year-old revealed that he felt change was on the horizon at Alpine. He said: “The 2021 season was very disturbing to me as I felt that those who had been here for a long time had to go.

Prost accepts change but not disrespect

“I accept change, as you don’t have to always do F1 the same way. You can do it differently, and that’s what was done throughout last year. But for me, it has become too complicated.”

Prost complained that his opinion hasn’t been considered lately, and that he was being kept in the dark regarding some decisions the board was taking.

“I wasn’t involved in decision making any more, I sometimes disagreed – completely – but I had to keep conveying the official word,” he claimed.

“Even as a member of the board, I found out about some decisions at the last minute. I may not be listened to, but I should at least be informed in time.

“It’s a matter of respect,” Prost insisted. “Relationships have become more and more complicated, I could feel a lot of jealousy.”

The four-time Formula 1 World Champion believes that his presence has become a burden on Alpine CEO Laurent Rossi, who he believes was sidelining him, with Rossi revealing as much to him in Qatar.

“Laurent Rossi wants to be alone, not to be annoyed by anyone,” he pointed out. “He actually told me himself that he no longer needed an advisor.

“It was in Qatar, but he still offered me a contract in Abu Dhabi, which I refused. I still must say that I believed – and still do – in this ambitious project which has incredibly boosted motivation in the group.”

Many people will still leave

The Professor believes that the sidelining process will continue saying: “However, there is now a real drive to sideline a lot of people.

“Laurent Rossi wants all the spotlight. What I’m interested in is the challenge of being in a team, being listened to and involved in some decisions.

“I was very much in the background on purpose, but I discreetly had some influence despite all the disagreements I kept to myself,” Prost explained.

Prost’s exit from Alpine comes in the midst of a restructuring process the French team has been undergoing with Executive Director Marcin Budkowski leaving earlier, as rumors are linking Aston Martin’s former team principal Otmar Szafnauer with a role with the Enstone-based team.