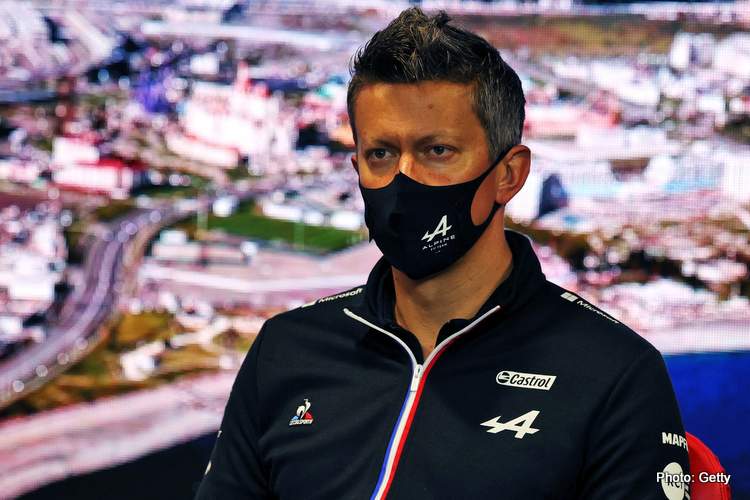 A press release by Alpine said: “Alpine F1 Team and Marcin Budkowski, Executive Director of Alpine F1 Team, announced today their decision to end their collaboration as of January 13th 2022.”

Alpine also said in a statement on Thursday that chief executive Laurent Rossi would temporarily step in to ensure preparations for next season continued smoothly.

Budkowski has been linked with rivals Aston Martin, whose principal Otmar Szafnauer left this month amid speculation about a move to Alpine.

“I would like to thank Marcin Budkowski for his commitment and contribution to the team’s results over the last four years,” Rossi said.

“The team is fully focused on getting the car ready for the first race in Bahrain and deliver a step beyond in performance.”

Budkowski said: “I truly enjoyed being part of the leadership team of Renault then Alpine F1 Team, working with such a talented and dedicated group of people.

“I will be watching the Teams’ progress fondly in the seasons to come,” he concluded.

Alpine finished the 2021 F1 season fifth behind McLaren, with Esteban Ocon giving the team their maiden win at the 2021 Hungarian GP and Spanish veteran Fernando Alonso achieving a third position at the 2021 Qatar GP.

The team looks to make a step forward in 2022 under the new regulations with the season-opening race is scheduled for March 20. (Reporting by Alan Baldwin, Additional reporting by GP247)