Marko: Mercedes is no longer superior in top speed 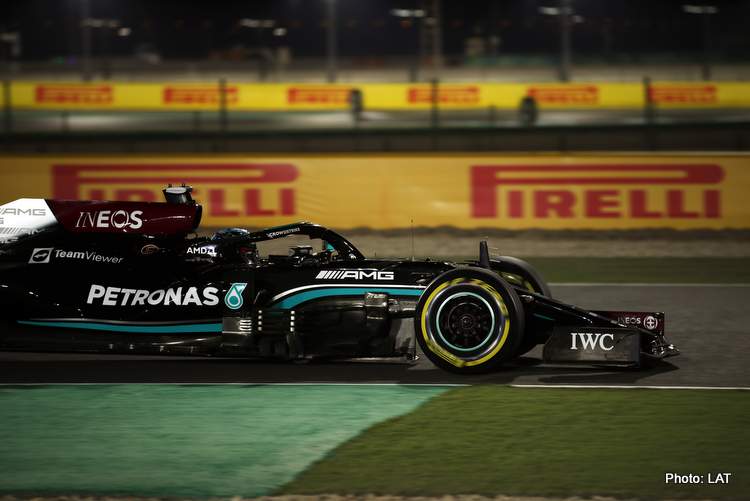 Red Bull Motorsport consultant Dr. Helmut Marko, has come out saying his team can and should win the upcoming Saudi Arabia Grand Prix, claiming that Mercedes is no longer superior in top speed.

Brave words from the man whose team has been comprehensively beaten by Mercedes in the last two rounds, one of which – Brazil – he previously said his team’s lead driver, Max Verstappen can win, where he turned out to be exceptionally wrong, as the Dutchman watched his title rival Lewis Hamilton romp to victory despite being hit by engine related grid penalty, and a disqualification from qualifying for DRS infringements on his Mercedes W12.

Hamilton went on to win in Qatar last Sunday in dominant fashion as well, on a day when Verstappen was hit with a five-place grid penalty for ignoring double yellow flags during qualifying for the Grand Prix.

As a result, Verstappen’s lead over the Briton in the Formula 1 Drivers’ Championship is now down to 8 points only, with the Saudi Arabian GP – on paper favors Mercedes – the firs of the final two races of the season.

Saudi Arabia favors Mercedes, so what?

Marko was speaking to Servus TV as he discussed Red Bull’s chances together with Verstappen to achieve a strong result around the brand new Jeddah street circuit, with the Austrian adamant, that despite Mercedes being touted to dominate – especially with their “rocket engine” bolted to the back of Hamilton’s W12 – Red Bull will target a win there.

“Saudi Arabia is called a Mercedes job, but how often did things like this come out this year? We just have to win there,” he declared.

Marko went on: “What I heard from Hermann Tilke, the track designer, is that they are fast sweeps, but they are not absolute straights.

“A lot will depend on the performance of the tyres, as we saw in Qatar,” the former racer claimed, and went on to say that Mercedes no longer have a straight-line speed advantage, which is very useful in Saudi Arabia.

“Mercedes is no longer superior in top speed,” he said.

Red Bull have been vocal about the latest surge in top speed Mercedes has been displaying, in Brazil, claiming that the German team is somehow bending the rules with their rear wing design to reduce the drag.

The energy drinks outfit have spoken to the FIA about this matter, to which the FIA  responded by running extra tests on the rear wing of the Mercedes, which in turn passed the test, and Marko claiming: “I assume this was because they changed a wing part.”

But Mercedes have denied that they changed anything on their car, according to Auto Motor und Sport, and insist that their car is fully legal, with Mercedes responding: “Not true. The wing was not exchanged.”

“The wing was rock solid. You could have hung 100 kilos,” Mercedes went on. “Maybe Red Bull will ask for 105 kilograms next time,” they mockingly concluded.

The only time in Qatar Red Bull seemed in contention for a wing was during FP1, which Verstappen topped, to go into a downward spiral afterwards barely qualifying second, and then to be stripped of that grid position due to the aforementioned grid penalty.

“We got off to a good start here, but we didn’t manage to find the right balance,” Marko explained to Servus TV. “With Hamilton, it was exactly the opposite.

“That’s [winning] our goal for Saudi Arabia,” the 78-year-old declared. “It’s a new track for everyone, but we don’t travel in fear to both races in the Middle East.”

Another aspect of the Austrian outfit’s troubles around the Losail International Circuit was their “flappy” rear wing under open DRS conditions.

That kept their cars stuck in the team’s garage for significant periods of time during practice in an effort to sort the problem, before going for a higher downforce rear wing during qualifying and the race.

Should the problem re-occur in around the new Jeddah track, Marko’s target to win there will be greatly compromised.

But team boss Christian Horner was adamant, telling Auto Motor und Sport: “We will have a solution for this.”