Hamilton: I have a different viewpoint now 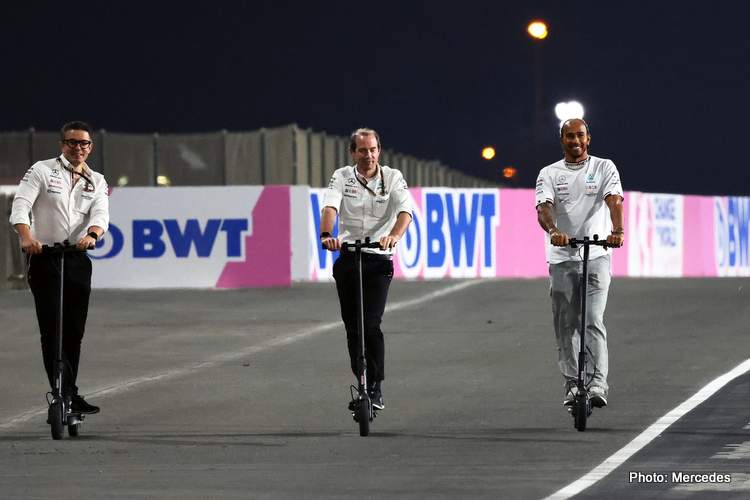 Lewis Hamilton has had a change of heart with regards to his incident with Max Verstappen at the Sao Paulo GP, admitting that he has a different viewpoint now.

Right after the race in Sao Paulo was over, Hamilton spoke positively of the incident he was involved in with Max Verstappen on lap 48 of the Grand Prix, telling racingnews365 that “it was fun” claiming “that’s what a World Championship battle should look like.”

The Stewards in Brazil deemed that the incident did not require any investigation, but Mercedes have, later on, requested a review of the incident with the FIA hearing held on Thursday.

The seven-time Formula 1 World Champion seems to have changed his mind, and explained how he backtracked his previous positive comments on the incident to the assembled media ahead of the Qatar Grand Prix.

He said: “I think the reason at the time I would say that is because that’s the mentality you have to take, right?

“If you sit in the car in the moment and complain, it’ll only hold you back, so in the moment I just had to keep moving forwards,” he explained.

“Also, it’s difficult to judge on something that you’ve not seen all the angles [of],” the Briton revealed. “Of course, I’ve relooked at it and have a different viewpoint naturally, now.”

Despite the incident and its repercussions being the main attraction of the F1 community now, Hamilton insists he has more important things to take care of.

“But I’m just putting all my energy into setting up the car and making sure that I’m in the right headspace this weekend,” he declared.

Asked to reflect on the Brazilian race where he won against many odds, the 36-year-old said: “I won!

“That’s how I reflect on it. It was a difficult day. It was just such a difficult weekend, [with] a lot of emotions, but we got there.

“We didn’t give up,” he went on. “We stayed united as a team and we got the result that we dreamed of. The team fully deserved it.

“I’ve just been focusing on trying to recover and get back here in the best condition that I could be.”

Hamilton is not getting involved

Asked about his involvement in the request for review, or if he even pushed for it, the 101-time winner denied.

“I’ve not actually really been a part of it,” he insisted.

“Of course, I’m aware of it and I’m fully supportive of my team, but [I’ve] literally just tried to give all my energy to getting ready for this weekend, and making sure that we arrive and hit the ground running.

“I have no idea where they’re going with the discussion or what could be the outcome.