Mexico FP3: Perez in the groove in Mexico 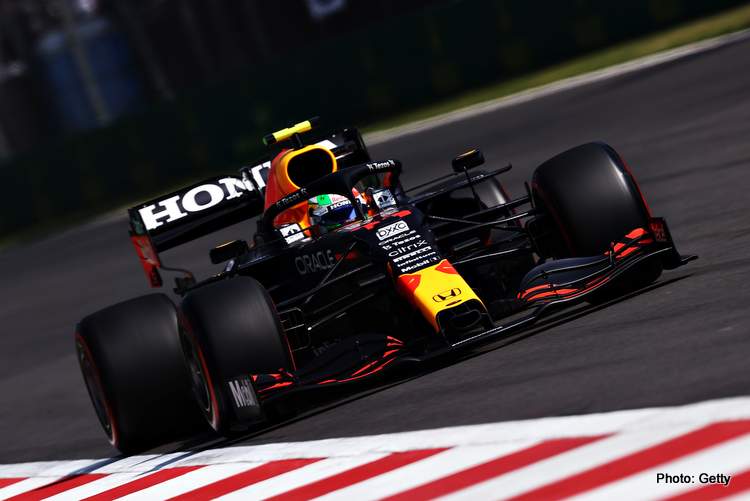 Sergio Perez seems to be gaining momentum as his home weekend progresses, fastest in FP3, as Red Bull seem to have a lasting advantage over Mercedes in Mexico.

FP3 for the 2021 Formula 1 Mexico City Grand Prix started slowly, with most drivers waiting for better track conditions before venturing on the track, and it wasn’t until after 20 minutes into the session, that some serious track action took place.

However, when all was done and dusted, it was the “wrong” Red Bull  that came out on top as Sergio Perez clocked a  time of 1:17.024, with his title-contending teammate Max Verstappen second best, 0.193s off the pace. Notably Verstappen didn’t make another run on fresh softs, so his real potential remains to be seen, but qualifying is not far away…

If the Red Bulls remain in this order come the end of qualification, then Christian Horner and Helmut Marko will have some interesting decisions to make on race day.

Lewis Hamilton got the better of Valtteri Bottas in the third practice session, and was third; but worryingly he was 0.651s off the pace of the leading Bull! That left the seven-time champion bewildered as was clear from his team radio. However, never count him out to spring a surprise when things matter the most in Q3.

Bottas was fourth and 0.033s off Hamilton, followed by the Ferrari of Carlos Sainz in fifth, who was a second off the benchmark time of Perez.

Yuki Tsunoda was a welcome sixth, 0.008s further off Sainz. Too bad this turn of pace comes on a weekend where the Japanese star has to take a power unit related grid penalty.

Whatever McLaren did overnight seemed to have worked as both their drivers broke into the top ten in FP3.

Daniel Ricciardo was seventh with a 1:18.121, and was followed by AlphaTauri’s Pierre Gasly in eighth, less than a tenth off the Australian’s pace.

The other Ferrari of Charles Leclerc was only good for ninth, 1.189s off the top time, as Lando Norris, who shall be taking on a new power unit and joining Lance Stroll, George Russell, and Tsunoda at the back grid on Sunday, was 10th, 0.099s off Leclerc’s time.

We have a fine battle on our hands courtesy of  a close midfield, with the cars from fifth to 10th separated by 0.283s only. 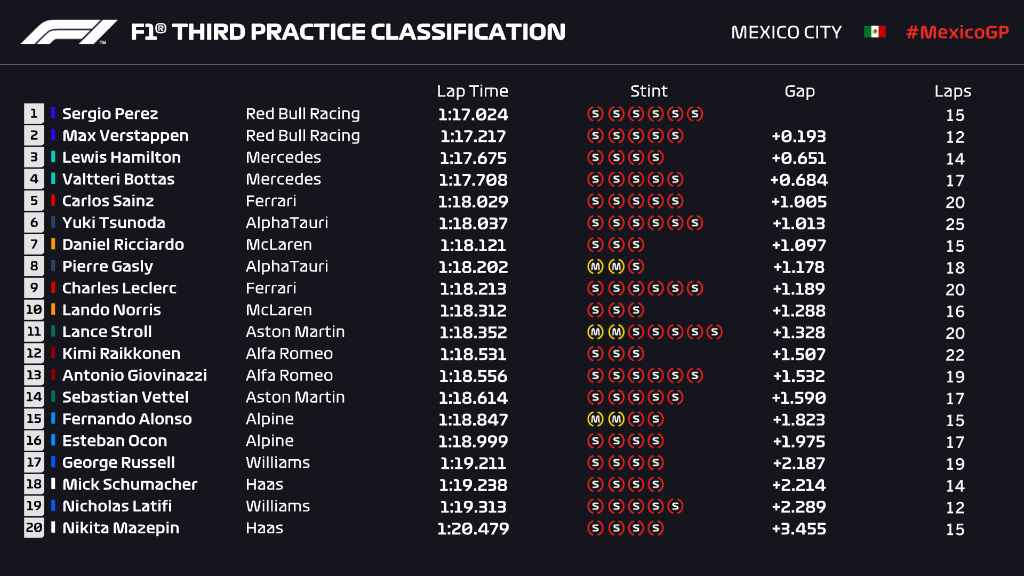