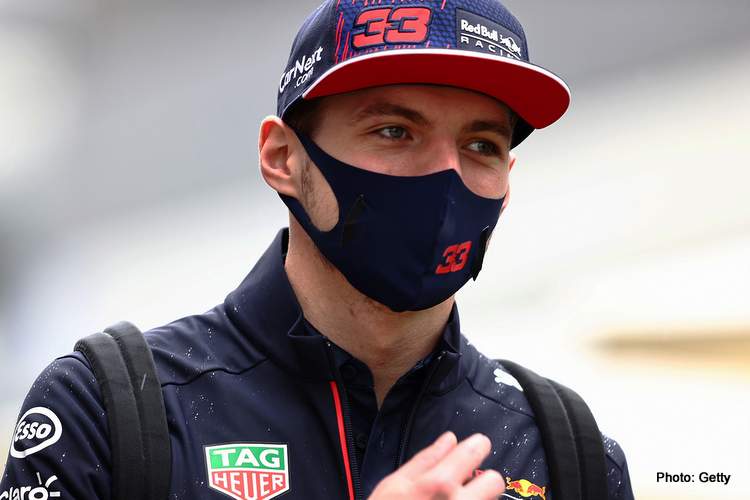 Max Verstappen turned frosty during the Formula 1 drivers’ press conference at Sochi, on Friday, when questions surrounding his collision with Lewis Hamilton arose.

His mood was not helped by comments Hamilton made in a separate session at Sochi Autodrom today, ahead of the 2021 Russian Grand Prix weekend.

Verstappen scoffed at the comments and said sarcastically: “I’m so nervous I can barely sleep. It’s so horrible to fight for a title, I really hate it.”

And added: “Those comments, it just shows you that he doesn’t really know me, which is fine. I also don’t need to know him, how he is fully, but I just focus on myself and I really enjoy it out there in front.”

As for walking away from the accident without checking on Lewis? Max said: “There are a lot of hypocrites in the world, that’s for sure. I jumped out the car, I looked to the left and of course he is still trying to reverse, shaking the wheel, trying to get away under my car, so I think he was also absolutely fine.

“Then, flying on Monday to America to attend a gala, I think you only do that if you’re fine. So I think, already there, all was under control.”

Ahead of Round 15 this weekend in Russia, Red Bull driver Verstappen leads by five points from Mercedes’ Hamilton, but the Dutch ace is already on the back foot at Sochi thanks to a penalty dished out by the FIA Stewards after the race at Monza.

Of the three-place grid drop, he faces for Sunday’s race at Sochi Autodrome, Verstappen said: “I was a bit surprised myself at the end of the day. They decided I don’t need to agree. We move on and make the best of it. It’s not the end of the world.”

Asked if things would get nastier between the feuding title rivals, Verstappen said: “Not from my side. I am pretty calm and chilled about everything. It is more the questions I keep getting about it.

“We’re all professional enough to leave this behind in Monza and just continue again here in Sochi and the races after that,” added the 23-year-old. (Additional reporting by Agnes Carlier)