Hamilton: I’ve no doubts that we’ll both be professional 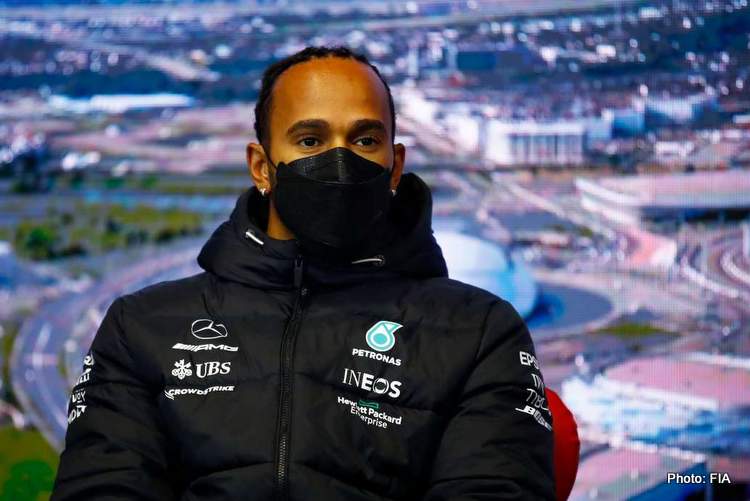 Lewis Hamilton has spoken out on the record for the first time since the Italian Grand Prix weekend, tackling questions about the collision with Max Verstappen that ended their race in the Monza sand.

Many pundits expect there to be more such incidents between the pair in one of the most fierce Formula 1 title fights in recent memory. Much has been written about that day but it is now history.

Round 15 of the battle heads to Sochi Autodrom this weekend for the 2021 Russian Grand Prix with thoughts very much on Sunday’s race and preventing another coming together.

Speaking to reporters during the drivers’ press conference in Sochi, on Friday, Hamilton said of the duel with Verstappen: “What is important is that we continue to race hard, but fair. I’ve no doubts that we’ll both be professional and learn from the past.

“I never expect a driver to back down. That’s not how I approach racing with any drivers. I think ultimately we all have to be smart and know there is a time you’re not going to make a corner but it’s all about making sure you live to fight at the next corner.

“That’s really just through experience you find that balance and you know it’s not all won on one corner, so there will be other opportunities, explained Hamilton who added that he was over the bruises suffered on the day after “a week of treatments and yoga to help ease stiffness” during the ten days between race weekends.

Hamilton is no stranger to piquant F1 world championship confrontations: “I know what it’s like having the fight for your first championship and your eagerness and you go through lots of different experiences and emotions during that time. So as I said I do believe that we will continue to get stronger and I’m hopeful that we won’t have any more incidents through the year.”

His rival Verstappen, headed the championship standings by 32 points after the Austrian Grand Prix in July, but by Hungary two races later Hamilton led by eight going into the break, a journo suggesting the Red Bull driver might have buckled under pressure.

Hamilton did not deny the possibility: “Obviously he won’t admit to it and I’m not going to make an assumption but I’m just saying I remember what it was like when I had my first one and it definitely mounted up.

“It was difficult, it was intense, I was going through a lot of different emotions, I didn’t always handle it the best and that’s to be expected. There’s a lot of pressure, you’re working in a big team, there’s a lot of self-expectation and pressure because the desire to win is huge. So I’m just saying I empathize and I understand that, but I know that we will continue to grow from this.”

Asked if he believed his experience factors in his favour in the remaining races, the seven-time F1 World Champion replied: “Time will tell. I hope so. Of course, it has been an incredibly difficult year. It’s not been smooth sailing in terms of our performance as a team with the car and everything, but I hope so.

“Naturally there’s been a lot of learnings over the course of these first 11, 12, 13 races or whatever we’ve had, so I hope we see that moving forwards,” added Hamilton who will be hunting his 100th Grand Prix victory on Sundaz at Sochi, a track where Mercedes have always won since it arrived on the F1 calendar in 2014. (Additional reporting by Agnes Carlier)