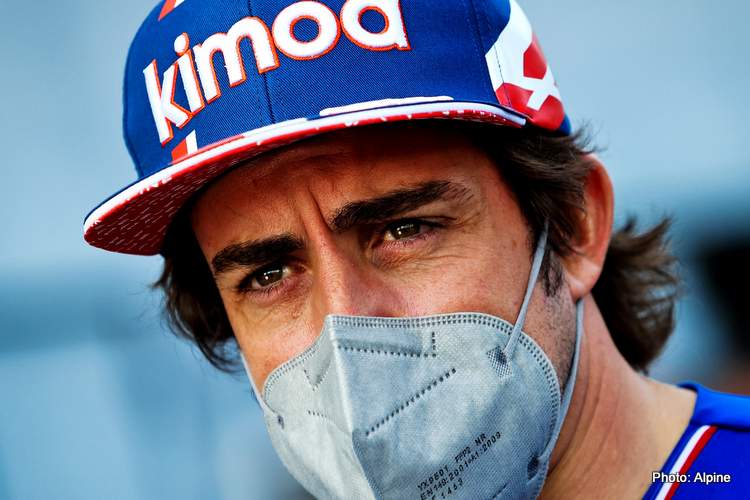 Fernando Alonso has spoken out against the Sprint Race concept that Formula 1 trialled at Silverstone and this past weekend at Monza, arguing that the concept is not needed in the top flight.

The F1 world is split regarding the format that will be trialled again at the Brazilian Grand Prix, some believing it adds to the weekend while others argue that it is an unneeded change. However, few current drivers are on record airing their opinions about the matter.

Alonso broke ranks, as did Sergio Perez; the veterans not impressed with the format. The Spaniard told Motorlat: “I don’t see any other sport so worried about making improvements to the show.

“I watch football, which normally is the king of sports and there are so many games that are so boring. The following week, there is not any drama, there is not any change but there is also no suggestion to change the game, to make the goal bigger, to make you play without goalkeepers to improve the show.

“Formula 1 should be happy and proud as a show because it is a very big thing,” insisted the double F1 World Champion.

He went on to explain how the Sprint Race impacts the entire programme: “Because we want to improve, my feeling is Friday is what is dictating the rest of the weekend because the qualifying is made by the car performance, not by the driver input.

“When you have only one set of tyres or one attempt, okay the car is the most important thing but the driver has to deliver in that minute and a half.

“That would be my opinion with experience. To really add some difficulty on Friday, maybe have one attempt, not six,” suggested Alonso.

Red Bull driver Perez agreed: “There’s nothing happening. I don’t see the benefit of having the sprint race. I can imagine it’s also boring for fans, boring for drivers. At the moment, how it is, the current format, I don’t feel it brings anything.

“The problem we have is that with the current F1 cars, to actually overtake you need a very big delta across the cars, and to achieve that you have to have some kind of degradation.

“We’ll see if the fans are happy with it,” added Perez.

The Sprint Race format has not been well received – if fan forums and reader comments are anything to go by – the consensus is that the concept does little to improve the show, in fact, dilutes the Grand Prix on Sunday which, in the end, translates to: “if it ain’t broken, don’t fix it.”