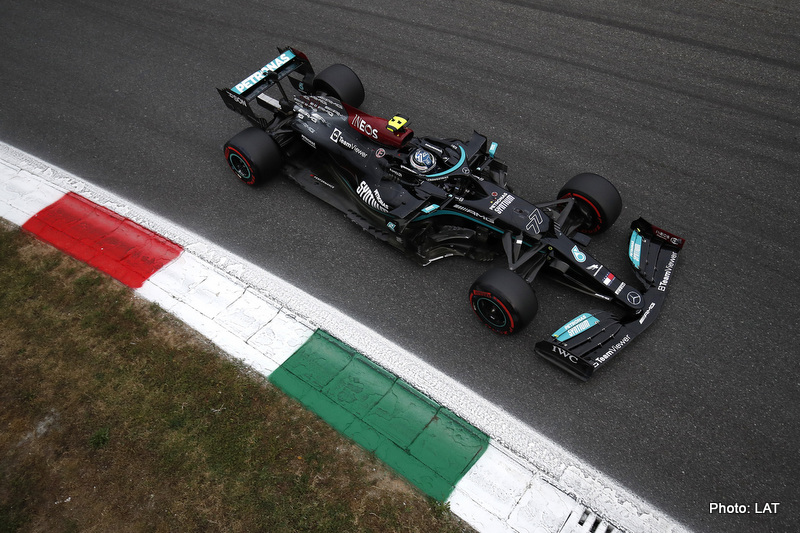 Valtteri Bottas sealed a comfortable pole position during Sprint Qualifying for the 2021 Italian Grand Prix, winning from the front of the grid.

Bottas was quickest in qualifying on Friday, and then converted that into a second pole of the year during the sprint, although he will start at the back thanks to an engine-related grid penalty.

Max Verstappen was second behind him, picking up two points in the process, while Daniel Ricciardo was third, a very welcome result for the Australian.

Lewis Hamilton meanwhile paid for a poor start and will start tomorrow’s race fourth, with Lando Norris third after he successfully held up the seven-time champion.

Speaking after bagging his first Sprint Qualifying pole, Bottas said: “Today I enjoyed. It was a very clean race. We had good pace. It’s not going to be easy tomorrow, but let’s see if we can do something. I’ll give it all I have.”

Meanwhile, Verstappen was clearly delighted with the outcome of the sprint which put him in a great spot to win from the front tomorrow.

“That went better than expected,” he said. “We had a good start, and of course I’ll be starting from pole tomorrow. It’s going to be interesting.”

Ricciardo added: “It’s been a long time to wait to be in this position. It’s good to be back!”

Hamilton had a terrible getaway and fell behind Verstappen and the McLarens, before Pierre Gasly went careering into the barriers after picking up damage on the opening corner.

The crash saw the safety car called out, only for Robert Kubica to spin following contact with Gasly’s teammate Yuki Tsunoda, who needed a new front wing as a result.

At the restart, Bottas led away from Verstappen in second, Ricciardo in third and Norris in fourth, with Hamilton applying pressure behind.

On lap nine, Perez passed Stroll into Turn 1 after cutting the chicane, only to be told later in the lap to let Stroll back ahead.

Perez completed the move fairly a lap later, with an investigation determining that no further action was required.

At the front there was no further movement, with Norris able to hold off a frustrated Hamilton, a huge boost for his title rival Verstappen, who will start at the front tomorrow, just ahead of his former teammate Daniel Ricciardo.

Leclerc and Sainz came home in sixth and seventh for Ferrari, with Giovinazzi a creditable eighth. Perez will start ninth thanks to a poor start, with Stroll rounding out the top 10.

Fernando Alonso will be a threat from 11th on the grid, with Sebastian Vettel 12th and Esteban Ocon 13th.

Nicholas Latifi just held off teammate George Russell to secure 14th on the grid, with Tsunoda recovering to 16th.

Nikita Mazepin was 17th, with Kubica 18th, and Schumacher rounding out the field in 19th following Gasly’s crash. 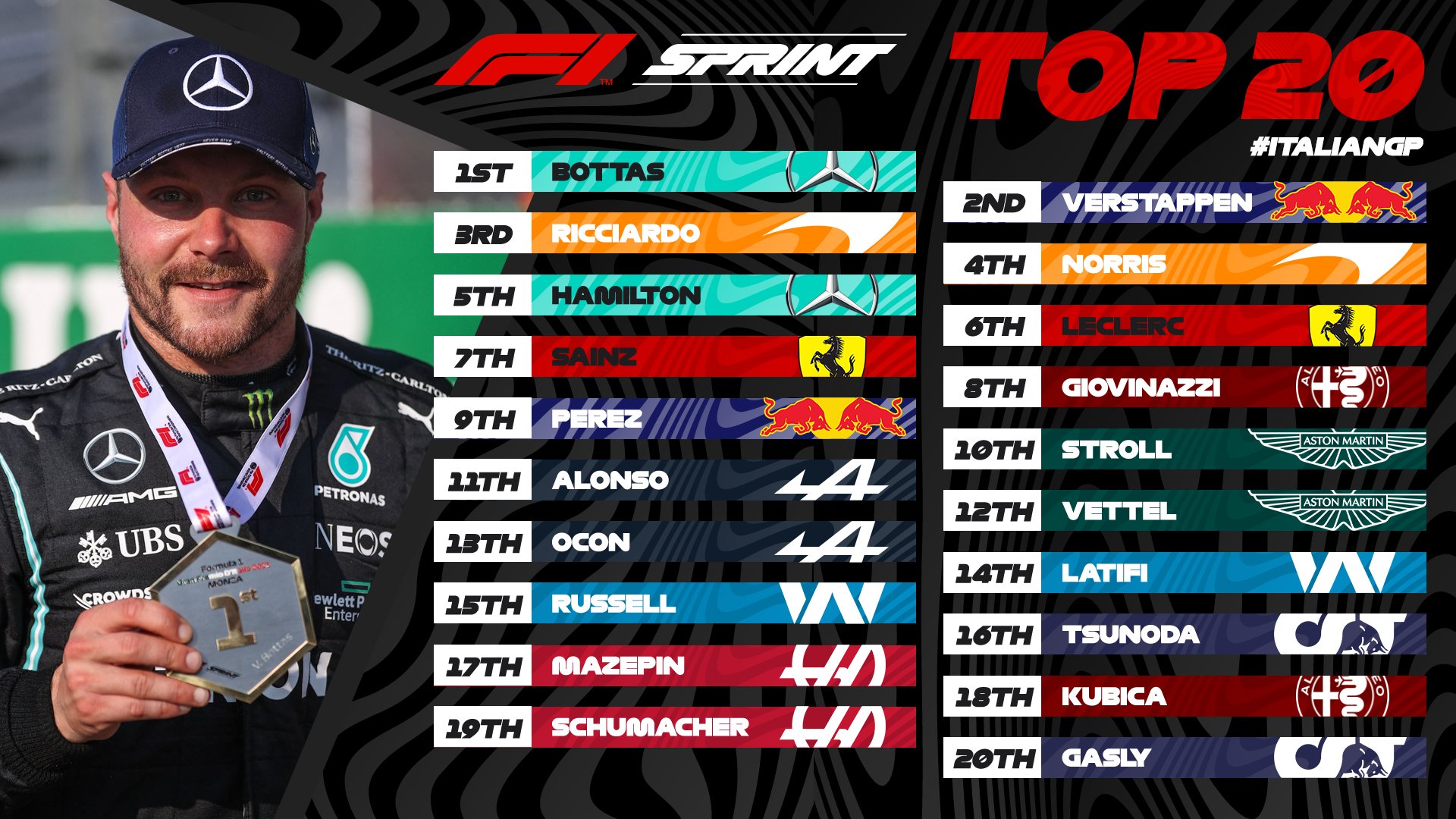