Brown: A big victory for McLaren and our fans 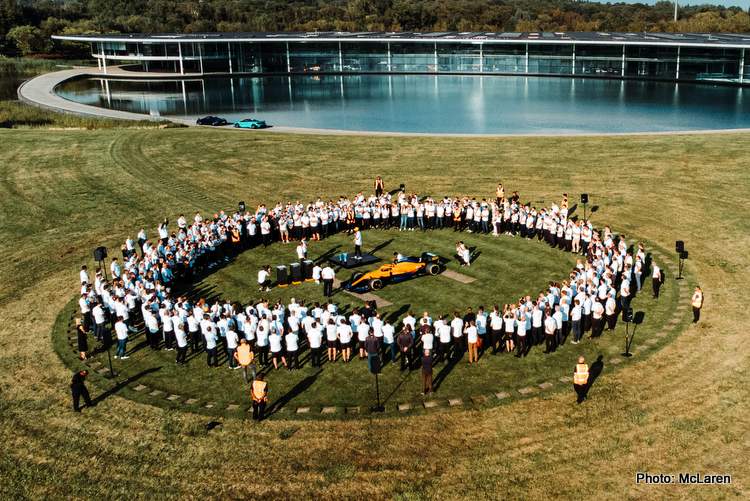 Zak Brown can now count himself among an illustrious group of Grand Prix winning Formula 1 team principals, a just reward for the McLaren boss turning around a sinking ship, turning it from the back of the grid embarrassment to winners in less than five years.

Doing it his way, Brown defied many skeptics by turning around early fumbles, in the position, into a stunning revival that can be nut-shelled into James Key, Andreas Seidl, Lando Norris, Daniel Ricciardo, and Mercedes power.

All these masterstrokes in the F1 game of chess by Brown, instrumental in repairing the sinking ship that McLaren was when he took the helm, turned it around while setting sail at full speed in the right direction, in impressive time.

The 2021 Italian Grand Prix one-two hammering of their rivals proves that Brown got it right, and indeed is the man McLaren fans can bank on turning their team around against massive odds; there can be no more doubters that Zak is the Man for Woking.

In the wake of Monza, Brown acknowledged in a team VNR: “That was a big victory for the team. And then, of course, our sponsor partners. A lot of them joined us when we were, you know… just making promises, and now to be able to start to fulfil on some of those.

“And the fans, you know, the fans have stuck by us. It’s been equally frustrating for them to see us not performing can be happy to enjoy this with us and the entire team.

“But, you know, we need to keep our feet on the ground. It was a great weekend but we still have a way to go. We’re not the fastest team every weekend. It was great that we were last weekend, we’re still on a journey but this was a great step along the way,” said Brown.

The one-two puts McLaren third in the 2021 F1 constructors’ standings on 215 points after 14 rounds of this championship, with the Red their closest rivals 13.5 points adrift.

Brown said of the third-place championship battle between the sport’s two greatest teams: “Ferrari actually didn’t have too bad of a weekend. We just had a better weekend because they were not far behind. That battle is going to carry on race to race. Like all race cars, some tracks suit your car better than others.

“Last year we were very quick in Monza and we knew Zandvoort was not a circuit that plays to our strengths as we look to the next seven, eight races. We see some in there that we think will fall our way and some that’ll fall Ferrari’s way.

“We’ve always been good at Monza. So I think we need to recognize that we’re going to continue to have the up and downs while progressing up the grid,” cautioned Brown.

Finally, this most important victory buries the Ron Dennis era, his great legacy can take its place in F1 history but, right now, for McLaren, a new chapter is being written. The Zak Brown era is here and the future, at last, looks bright for the great team and their fans.