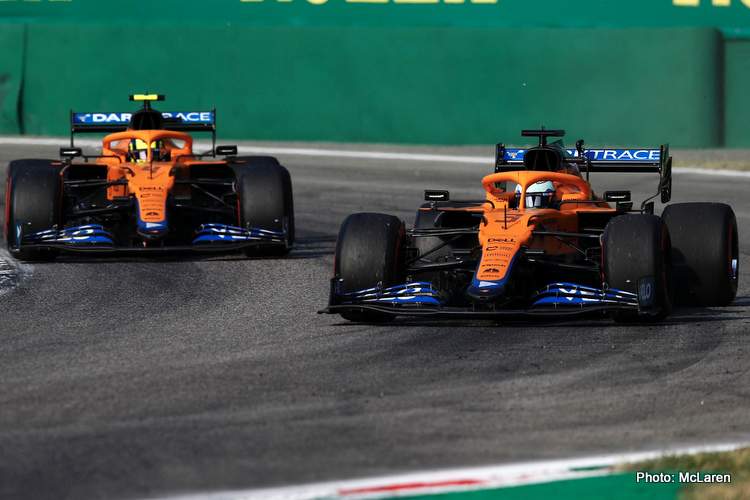 It was a race of two halves: the first with Lewis Hamilton and Max Verstappen, and the second half without them. Instead it was all about Daniel Ricciardo, Lando Norris, and McLaren. 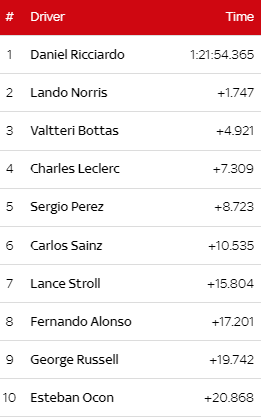 Ricciardo led from the start, getting away excellently from Verstappen in the second phase down to the first Variante. The Australian stayed there, weathering a few stabs from his former teammate in the Red Bull, but to no avail.

Dan had it covered. His first victory since he won at Monaco in 2018 with Red Bull. His first as a non-Red Bull driver. A great day for the big smiling Aussie and the sport’s second most successful team.

When the title contenders took themselves out of the race after the first pitstops, and once the wrecked Merc and Bull were removed after a safety car period, Ricciardo led and stayed there with Lando Norris in his mirrors making it a famous one-two for the team Zak Brown has rebuilt.

Speaking after the race, Ricciardo said: “Can I swear? I want to swear! about… time. It worked well for me yesterday but it was never a guarantee we would lead the whole race. I was able to hold firm out front. I don’t think we had mega speed but it was enough to keep Max behind.

“To lead, literally, from start to finish, I don’t think any of us expected that. There was something in me on Friday. I knew something was good was going to come. I have just been sandbagging the whole year! Third, fourth, fifth – you might as well just win! That’s what I did. The August break was good just to reset. For McLaren to be on the podium is good but a one-two? This is for team papaya,” added the Aussie.

Before indulging in his shoey tradition on the Monza podium, he said in parc ferme: “Wow. To lead literally from start to finish… I don’t think anyone expected that. There was something in me on Friday. I knew something good was to come. To not only win but get a one-two, it’s insane. For a McLaren to be on the podium is great let alone a one-two.”

Norris was again superb, his dogged battle with Hamilton before the pitstop was riveting stuff, and he played the team game too, politely asking his team to get Dan to move on and then graciously accepting the order from the McLaren pitwall to hold station.

Again ticking every box on a famous afternoon for his team, Norris said: “First of all a big thanks to all the fans and to all the team, we’ve had a pretty awesome weekend. It’s been four years since I joined the team, we’ve been working towards this and we got a one-two finally. I’m so happy!”

As for backing off to obey his team’s request, he explained: “I know you’ve been in the position before where you want to go for it [the race win] but I’m all for playing the long game and for doing it for the team.”

Earlier, Hamilton and Verstappen collided during the 2021 Italian Grand Prix, the pair coming together after the pitstops into Turn 1 and bringing out the safety car as a result.

It was a scary low-speed contact on lap 24 as the Mercedes of Hamilton came out of the pits side-by-side with the Red Bull; two into one does not go. The cars connected and ploughed into the sand, The Red Bull clambering over the Mercedes. The halo again was the hero, in what was a most peculiar incident between the title contenders.

DNF for both; Verstappen leads by five points after this 14th round.

Earlier, Verstappen, running second chasing Daniel Ricciardo, came in for his pitstops but an 11 seconds stop triggered what would eventually be the coming together with Hamilton.

The Mercedes driver running the harder tyres, as drivers around him were on the softer Mediums, battled Lando Norris in the other McLaren, and had just got by but was around ten seconds down on Verstappen.

Thus, after the pitstop delay of about a dozen seconds, Max peeled out on track into the path of Lewis. The result was bent metal. They were also lucky not to have pranged into the first Variante on the opening lap. In other words, this was an accident waiting to happen today. And it did.

Hamilton reported that he felt “a little bit stiff and a bit sore neck to be honest because it landed on my head. But I’ll be OK.”

And gave his version: “I was racing as hard as I could, finally got past Lando, I was in the lead so they pitted me, pit-stop was obviously slow, lost a couple of seconds. Came out, saw that Daniel came past, Max was coming, I made sure I left a car’s width on the outside to him. I went into Turn 1 and I was ahead, I was ahead going into Turn 2, then all of a sudden he was on top of me.”

Verstappen’s view: “Of course we realised it was going to be close into Turn 1, he cut across really after the white line and I had to go onto the green part to not touch. I went around the outside and of course you realise I was going for it, he just kept on squeezing me and I wanted to work with him, because I wanted to race.”

That was part one of the race…

After that it was all about the McLaren’s, they had the pace to spare, then put the hammer down late in the race for Ricciardo to claim the fastest lap as well. Big kudos to, not only Brown and his drivers, but Andreas Seidl as well, who has been phenomenal at the helm of the great team.

Valtteri Bottas who qualified on pole won the Sprint Race but started from the back of the grid, drove an excellent race to finish third for Mercedes and bag more points than constructors’ title rivals Red Bull. He might have even had a shot for a win but lacked the firepower at the end.

Speaking after the kind of race weekend he did not deliver enough of during his time with Mercedes. He said afterwards: “Starting from the back is never easy. I told the team I was going to be on the podium today. I’m glad we got more points than Red Bull today.

“We maximised from where we started and it was a shame the crash between Max and Lewis. It was fine today. It has been a strong weekend from my side and the pace has been good. It will be nice to have one week of rest and go again,” added Bottas.

Worth noting: a one-two-three for Mercedes power.

Charles Leclerc and Carlos Sainz salvaged pride for Ferrari on home soil, with fourth and sixth respectively. The Monegasque having a feisty afternoon, on which a podium was almost in reach. A solid home race for the Reds considering their circumstances.

Splitting the pair was Sergio Perez, who bounced his way to fifth after a time penalty, the Red Bull drivers in several wars to salvage something for his team on another disappointing day for them.

Enhancing his reputation as a driver who delivers in races of attrition, Lance Stroll was seventh for Aston Martin, well better than teammate Sebastian Vettel who survived some clumsy moments to finish a pointless 12th.

Alpine had two cars in the points again, but unlike Hungary, this time they were not at the sharp end of proceedings but earned points with Fernando Alonso in eighth and Ocon taking the final point for 10th.

Mercedes bound George Russell was ninth for Williams, on a good day for the team in which Nicholas Latifi was 11th. 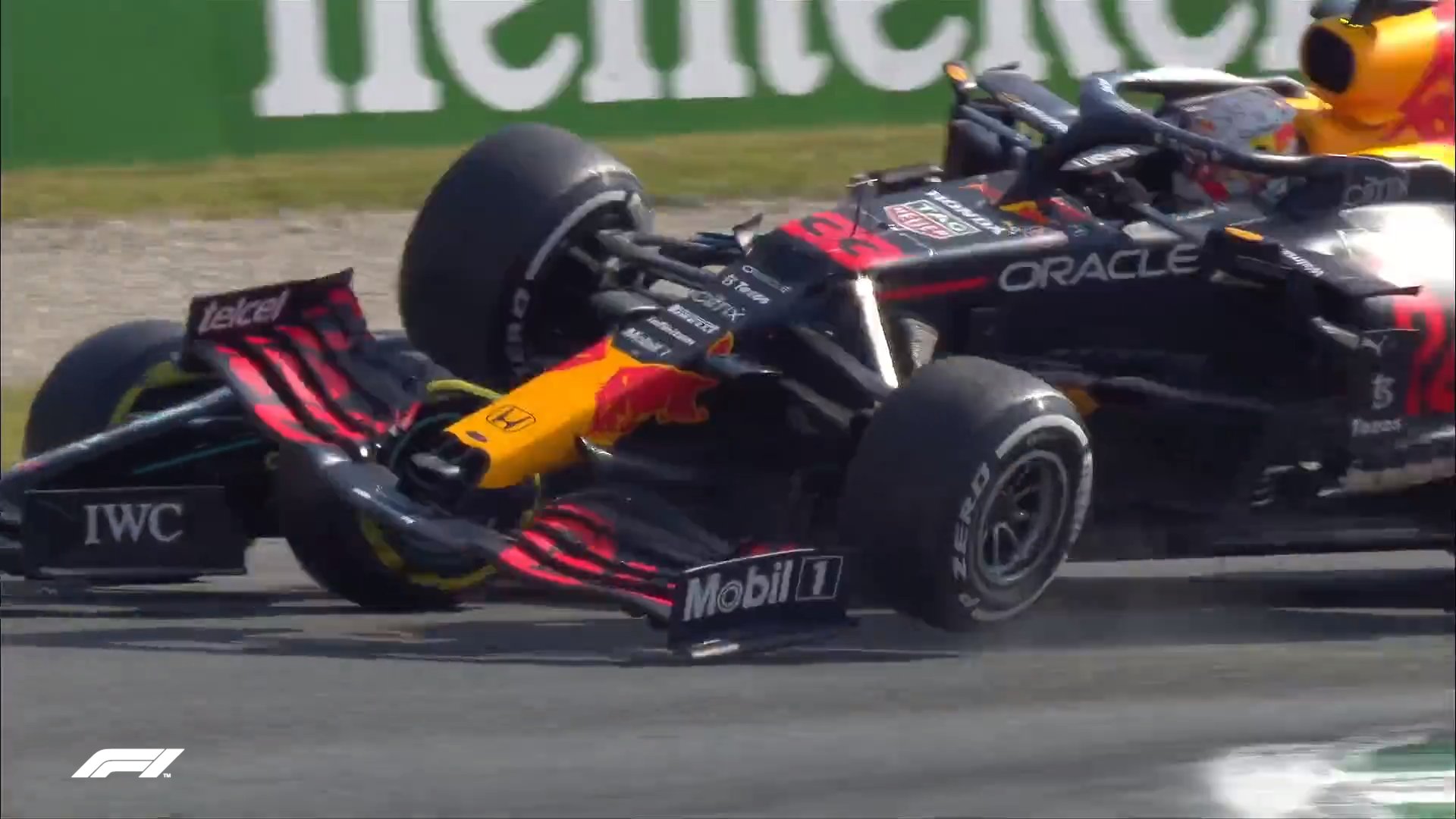 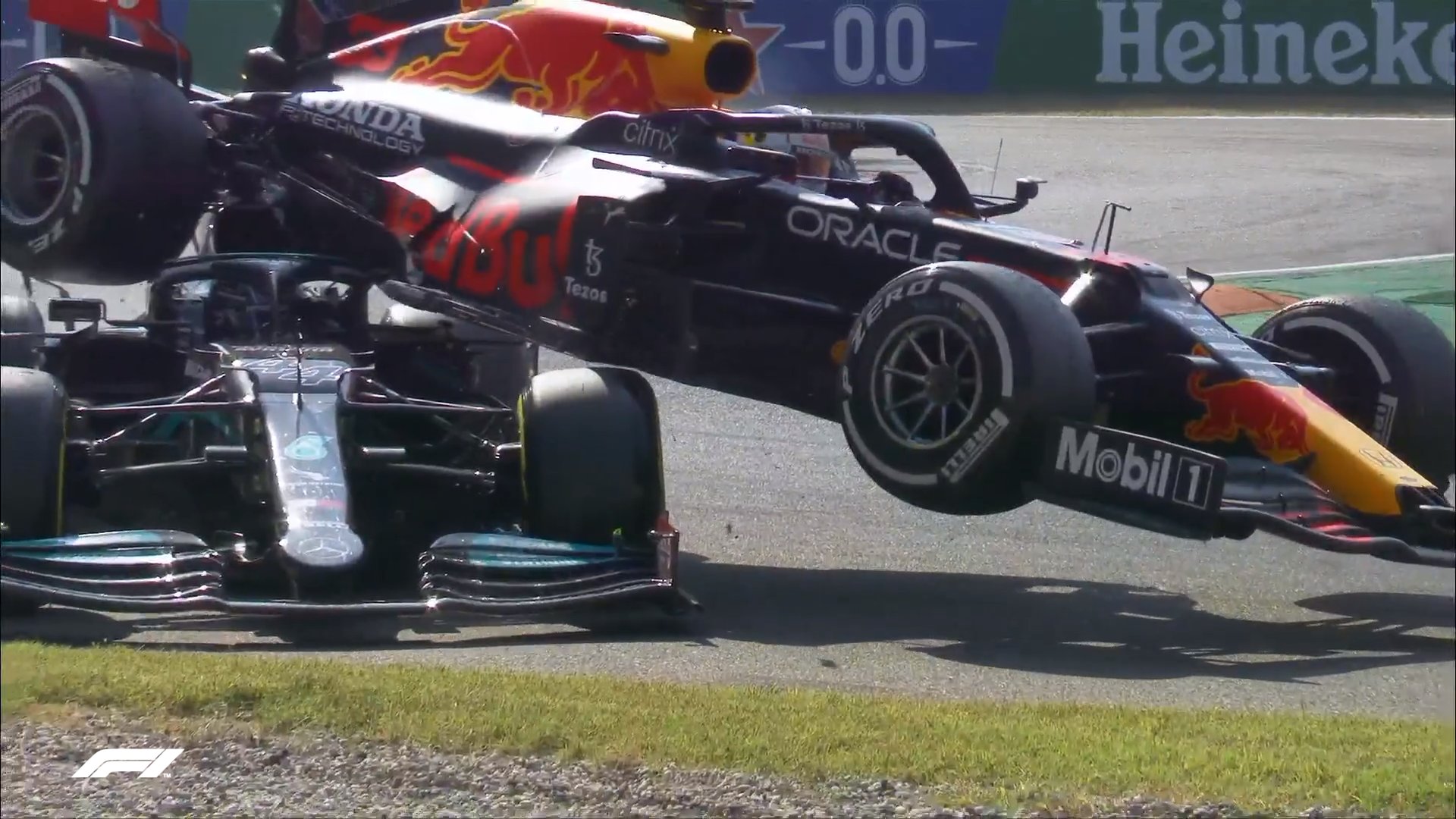 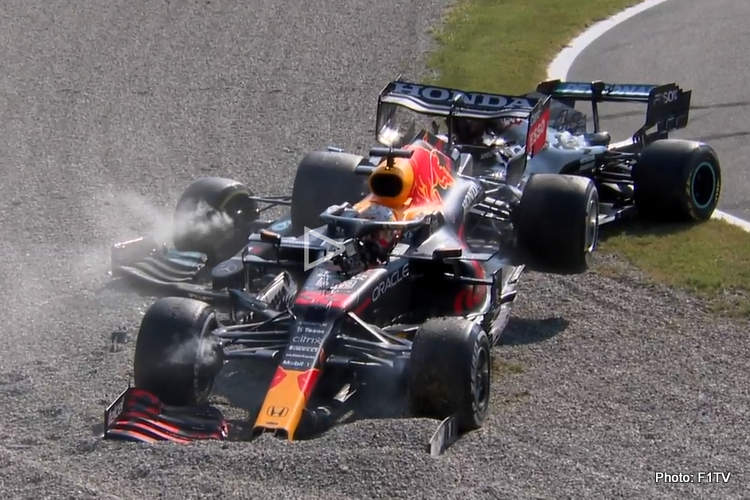 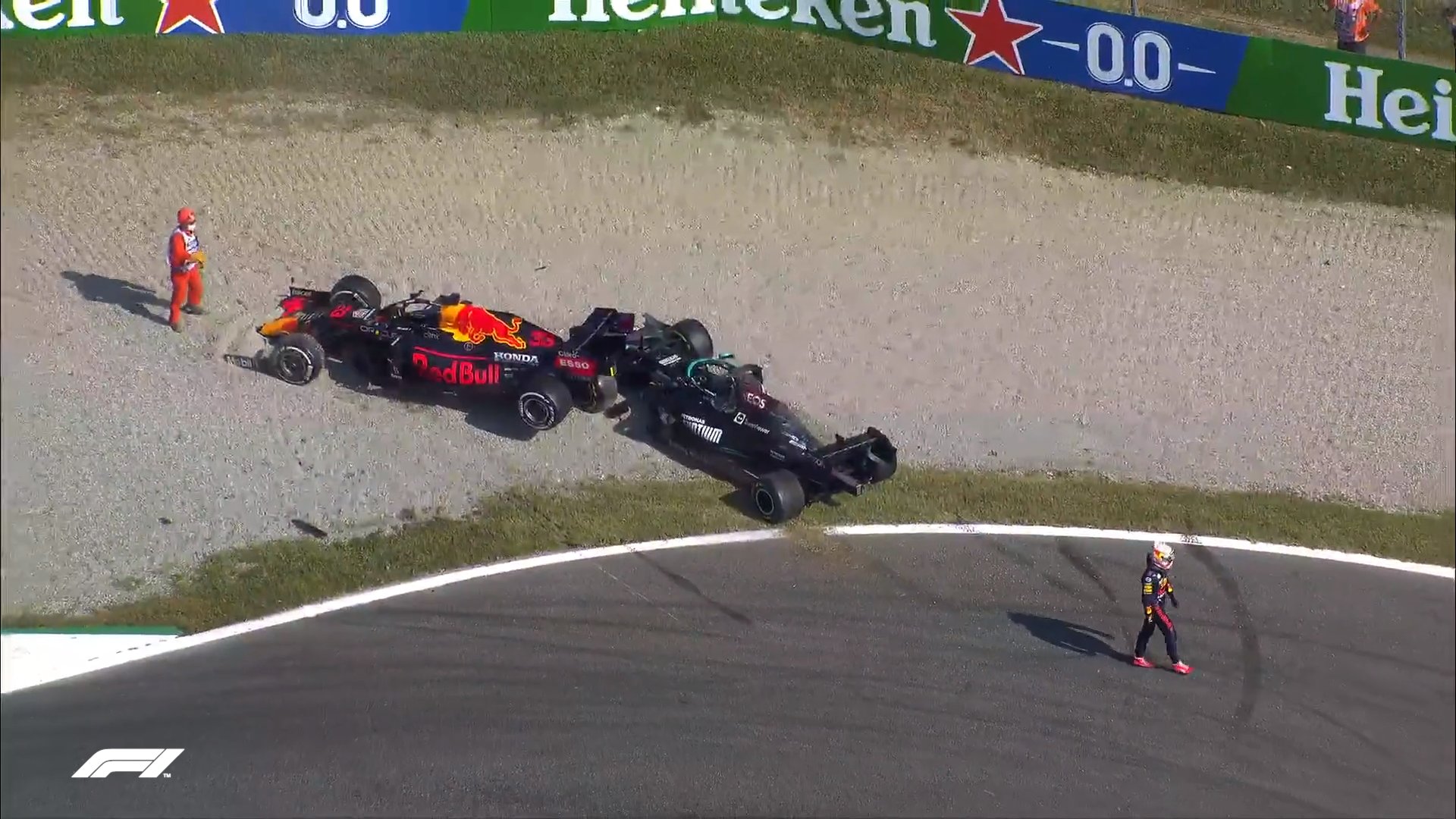 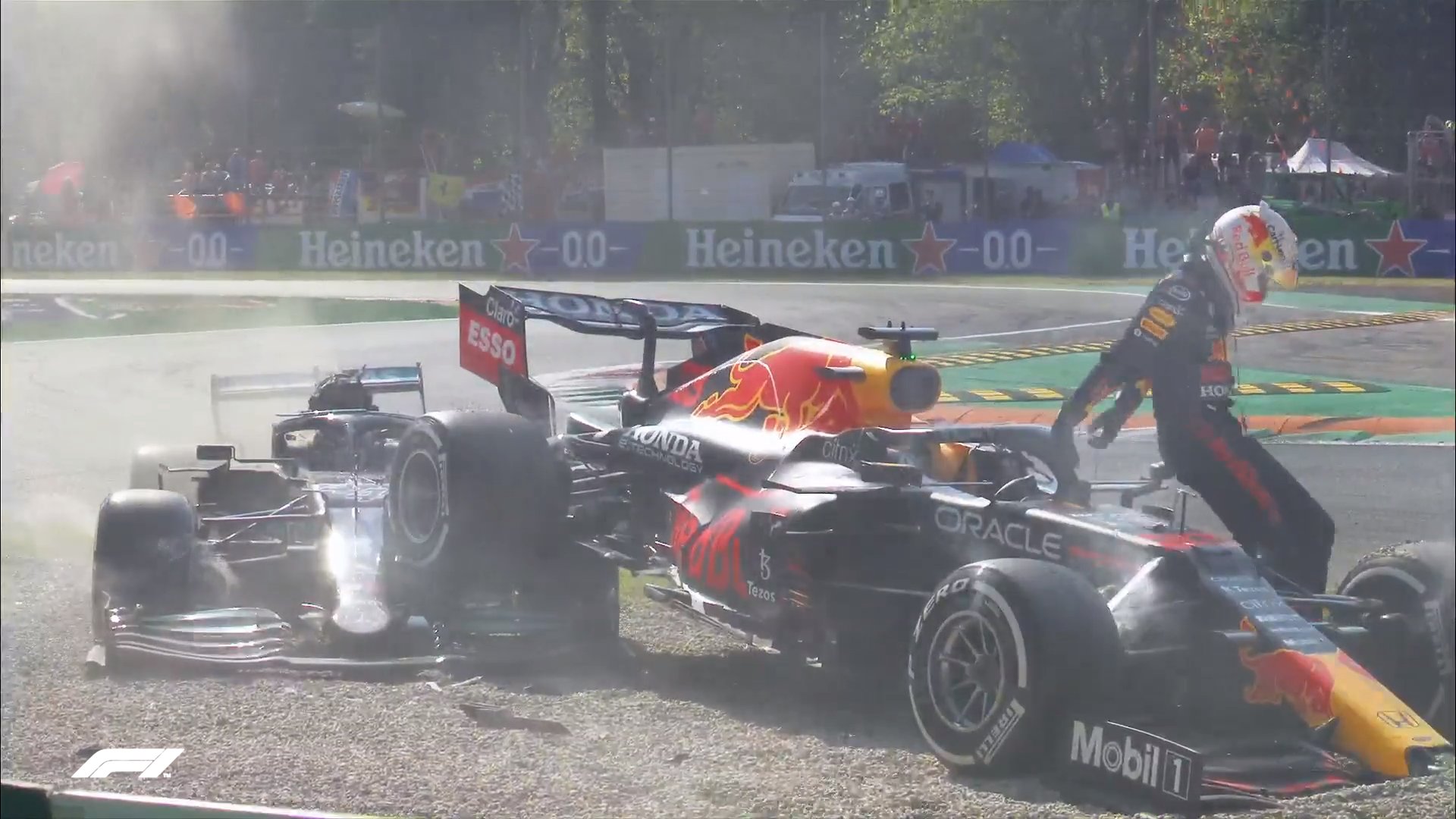 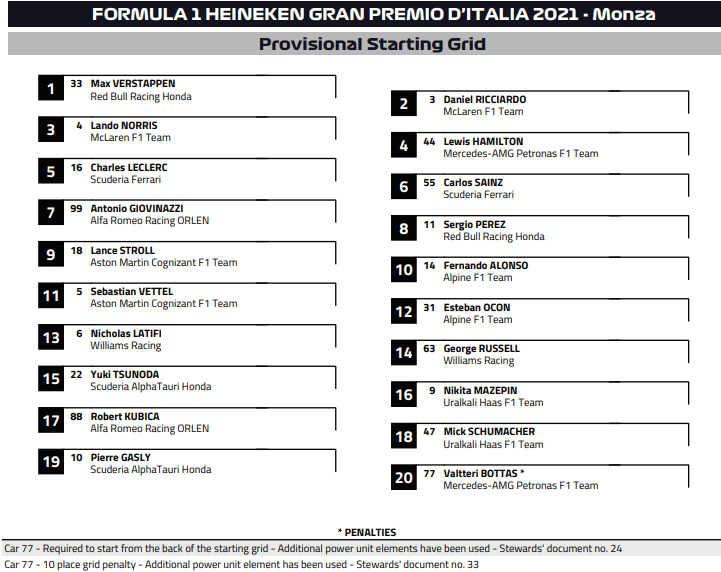