Inside Line: Hoping for a happy new Zandvoort legacy 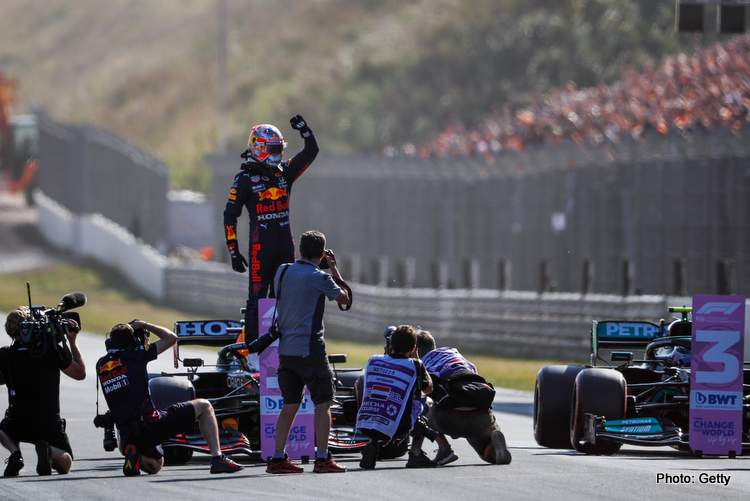 It is beautiful to see Zandvoort in party mode, the track renovated so beautifully, remains immensely challenging with its banking and contour hugging features invaded by the Orange Army in force to see their hero Max Verstappen.

However, to be a bit of a party-pooper, I am going to give you a slice of what Zandvoort means to me personally, as a Formula 1 fan, whose first ‘active’ year was 1973, although my first Grand Prix attendance was at Kyalami in 1971 when Mario Andretti won in a Ferrari – sat with my grandfather at Barbecue Bend where we always sat rain or shine, F1 weekends or national race days – I was ten.

I got the bug then, but 1973 was my rookie year as an F1 fan, devouring everything available at the time that had anything to do with the sport. And, it was also on my birthday (March ’74) that I received my first Autocourse of that year, with Jackie Stewart on the cover

But the standout moments for me were not the racing. If I reflect on that year, the deaths stand out. Roger Williamson burning to death strapped to his March during the Dutch Grand Prix at Zandvoort, as a desperate David Purley did all he could to rescue his rival and friend.

The photos were harrowing, and I devoured them as a young teen. Somehow footage was also available at a time when TV in South Africa was not a thing. Newsreels before movies were the source. The moving film of the incident is unwatchable for me these days.

But then it was part of the sport. Three months later it got worse, Francois Cevert was killed during Saturday qualifying for the U.S. Grand Prix. They were monstrous days.

To liken those two drivers to the drivers of today, I would venture with huge respect that Roger was a sort of Lando Norris or George Russell, an Englishman with great promise. He had not quite cracked it but was considered very, very good.

Cevert was the blue-eyed boy of F1, handsome and incredibly fast, the Frenchman was Jackie Stewart’s teammate and heir at Tyrrell, until that fateful day at Watkins Glen.

It got worse for me as a young fan. Four months later Peter Revson (of the Revlon family) died while testing at Kyalami ahead of the 1974 season. He was charged to lead the UOP Shadow team after years with Yardley McLaren. He was on the cusp of big things when he died.

His car appeared to suffer suspension failure at Barbecue Bend, the car flipped onto the Armco and caught alight. The American had no chance.

Of course, curiosity always got the better of me. I then started delving into the dark days of motorsport, and Zandvoort had been in the news in 1970 when Piers Courage burnt to death when mechanical failure on his de Tomaso caused him to crash.

As mentioned, brutal days to be a fan of this sport.

But then recently, having read Daniel Ricciardo, bravely admit he would not have become a racing driver 50 years ago because racing was “not worth life or death” prompted the penny drop to drop for me on how F1 has changed, perhaps even motorsport as a whole.

So when Zandvoort is mentioned, for me it conjures those memories, unfairly now because of what the track has become. I am sure many a driver in racing heaven will look down on it today and be impressed, wishing they were there.

Watching Max Verstappen do the business on home soil, the crowd chanting and singing, cheering in unison every time he topped the timing screens or got the better of his rivals. This is what Grand Prix racing is about, and no surprise the Dutch are embracing their hero in this way, as Germans did with Michael Schumacher and Brazilians did with Ayrton Senna.

We are witnessing a phenomenon this weekend, and guaranteed those 70,000 fans who made the journey are living an “I was there” moment. Thus I hope that Zandvoort 2.0 is only packed with happy memories in the future, a new legacy that can be celebrated by the Dutch who so deserve this race with F1 fans everywhere.

If securing pole on Saturday was anything to go by, Max winning will really get the Orange Army rocking on Sunday evening, after the chequered flag waves on the 31st edition of a legendary race.

But at Zandy you never know.