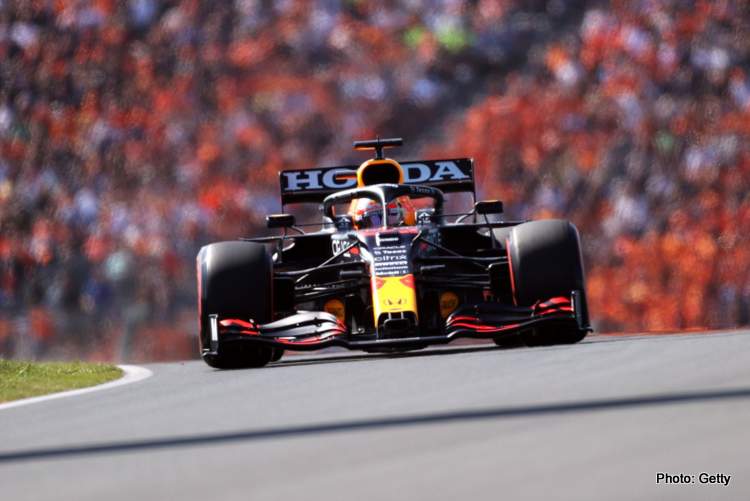 The Dutchman looked to be in control after the first run, but needed to improve on his second effort as Hamilton was just 0.038 seconds back in second place.

Valtteri Bottas was three tenths further behind in third, with Sunday’s race very much looking like a battle between the two title favourites.

Speaking to the media after his seventh pole of the year, Verstappen hailed his Orange Army of fans: “It’s an amazing feeling to get pole position here. The crowd is incredible. Today was good, I hope we can finish this off.”

Meanwhile, Hamilton appeared pleased that he was able to get so close to pipping Verstappen to pole: “It was so close. First I want to say a big thank you to all the orange fans, the Dutch fans, what an amazing venue, what an amazing track.

“Great support from the fans here and I appreciate it. Max did an amazing lap, I was so close and I gave it everything. It’s a difficult circuit to overtake, but what a place for us to be racing. Strategy will come into it and it’s great to see so many people here. Hopefully the track provides a great race.”

Bottas was ahead of Hamilton after the first run but will have to settle for third. He said after the session: “It’s definitely an enjoyable track with a nice atmosphere as well. Red Bull were a little bit out of reach today. We still have two cars in the top three so all to play for. I’m sure we’re gonna see an exciting race tomorrow.”

Pierre Gasly was an impressive fourth as he continued his outstanding qualifying form, while Charles Leclerc claimed a creditable P5.

Carlos Sainz will start alongside his teammate on the third row, just ahead of Antonio Giovinazzi who was excellent for Alfa Romeo in seventh.

Esteban Ocon edged out teammate Fernando Alonso, with the two separated by 0.023 seconds in eighth and ninth, while Daniel Ricciardo rounded out the top 10.

George Russell will start 11th just a week after his P2 heroics, having lost the rear end of his Williams at the final corner, and hitting the barriers. The red flag came out immediately and Russell managed to recover the car back to the garage, but he was not able to return to the track.

The running was short-lived once action resumed when Nicholas Latifi also crashed and brought the session to a premature end. Lance Stroll and Lando Norris missed out on a chance to improve as a result, and will start 12th and 13th respectively.

Latifi will be 14th provided he manages to avoid any damage to his gearbox, while Yuki Tsunoda starts 15th.

Sergio Perez was a shock Q1 exit in the Red Bull with the Mexican caught out by the dramatic track evolution towards the end of the session. Traffic also played a role, with Sebastian Vettel caught out too while approaching the two Haas cars on his flying lap.

Vettel will start 17th, behind Perez in 16th, while Robert Kubica could only manage P18 as the stand-in for the COVID-19 stricken Kimi Raikkonen.

Mick Schumacher beat out teammate Nikita Mazepin by around half a second, with the Haas cars likely to face an investigation due to their role in slowing up Vettel. 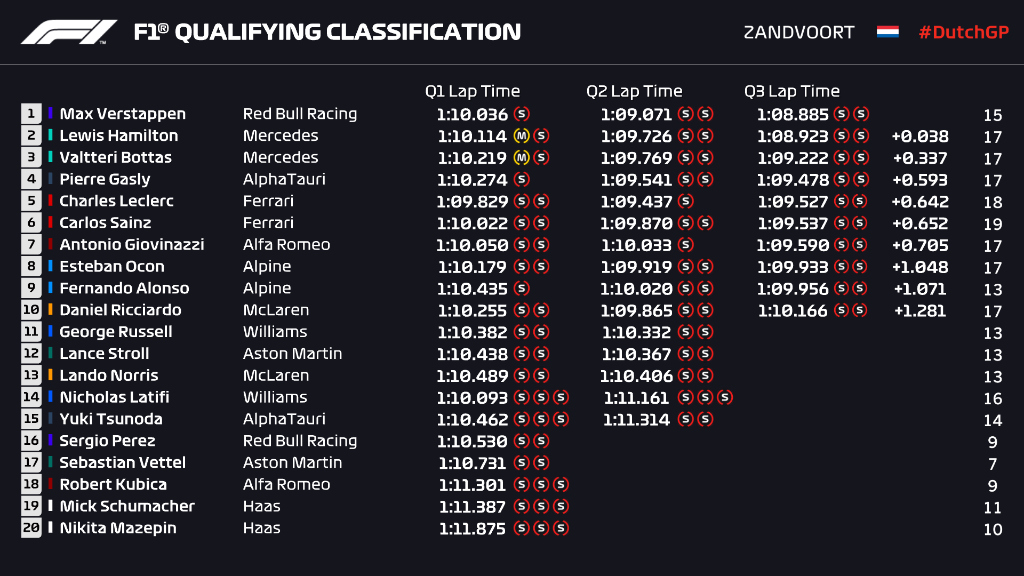 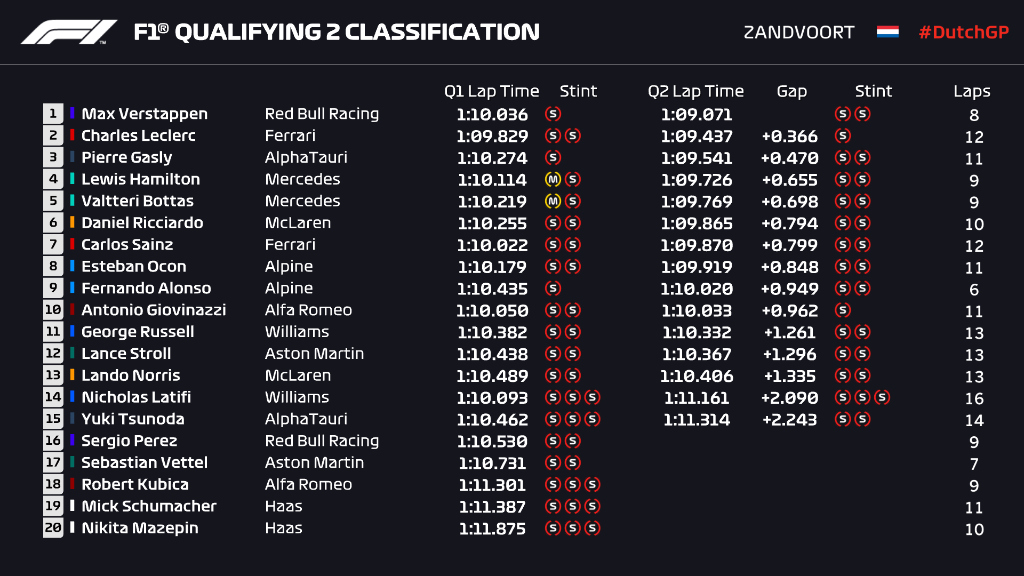 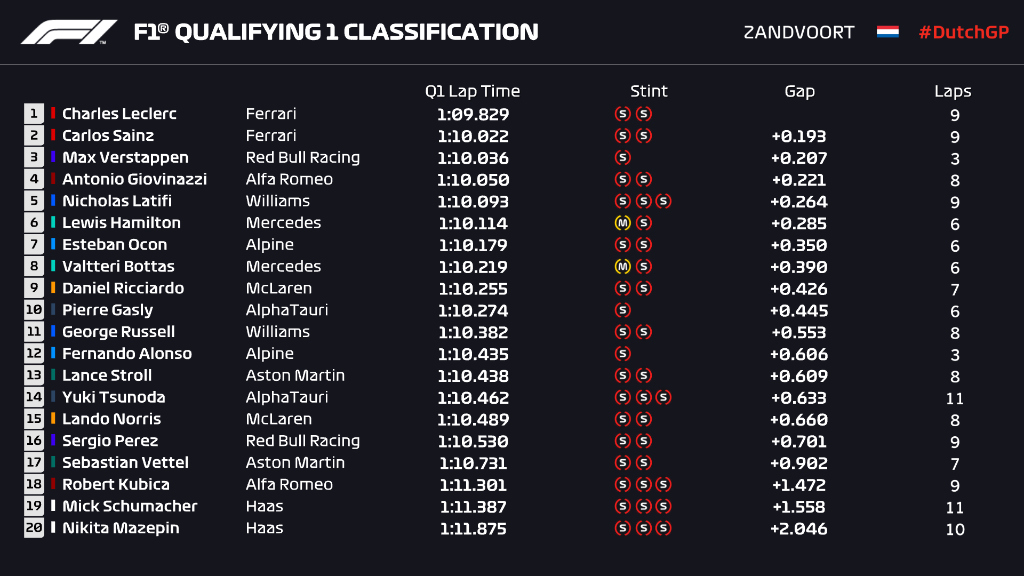