Norris: I definitely feel the love from Belgian fans 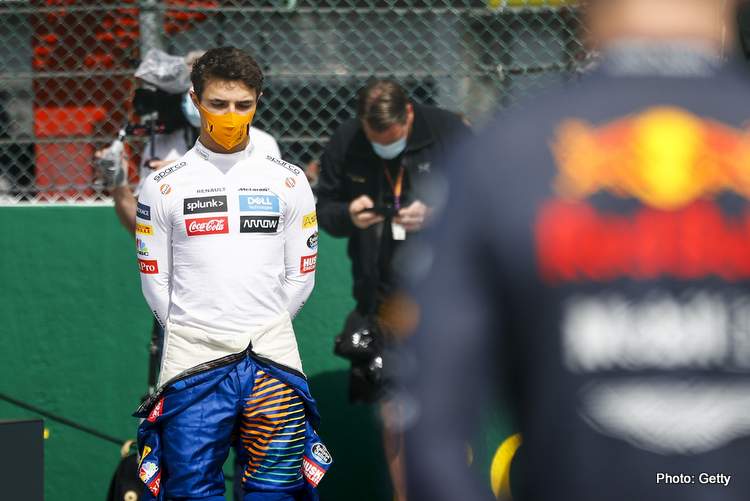 While Brits tout him as their own, Belgian Formula 1 fans a have a claim to McLaren’s fast-rising star Lando Norris, whose mother happens to be from Belgium!

While father Adam is British, his mother Cisca hails from Flanders, while Norris reportedly has a British passport and Belgian one and speaks some Flemish to boot.

(Sounding a lot like mate and rival Max Verstappen whose mum also hails from Belgium!)

“I definitely feel the love from the fans out there too, so I’m looking forward to getting out on track and giving them a good show,” said Norris in the McLaren preview of Spa-Francorchamps.

Much of that love no doubt comes from the sensational season Norris is having, only bettered by Verstappen and Lewis Hamilton in a car that is handy but no match for the Red Bulls or Mercs.

Norris continued: “We’ve had a great start to the season in the first half of the year, so now the focus is on picking that back up and carrying that through until the end of the season.

If there has been a blip in his campaign this year it was Hungary when he was skittled out by the out of control Mercedes of Valtteri Bottas which resulted in an instant DNF, through no fault of his own and brought an end to an impressive record run of 15 straight finishes.

“It’s one of my favourite circuits on the calendar with a really flowing and high-speed layout. The Radillon and Eau Rouge sequence is one of the most exciting on the entire calendar, and it’s really cool to take these corners flat out in a modern F1 car,” added the 21-year-old Belgian;-)