Binotto: No silver bullets for dealing with mistakes 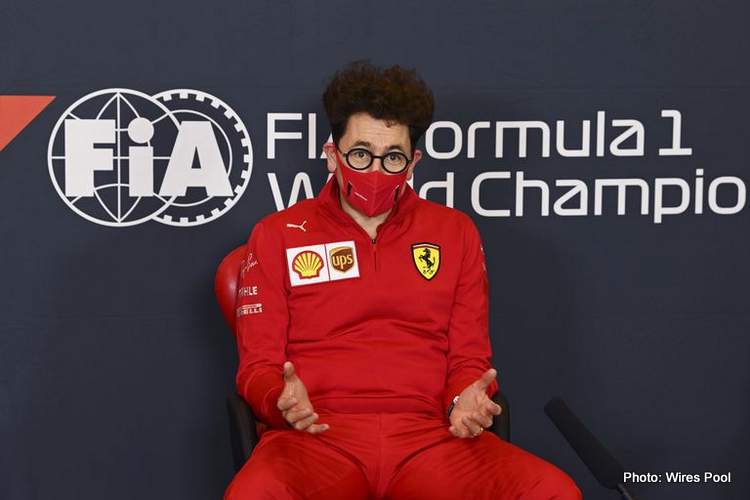 Charles Leclerc’s failure to start the Monaco Grand Prix was the latest of Ferrari’s operational errors, but Mattia Binotto insists that the team holds a no-blame culture.

Speaking with RaceFans in an exclusive interview on the Friday ahead of the Monaco Grand Prix, Ferrari team principal Mattia Binotto spoke about his role at the team and the difficulties it presents.

One of those difficulties for Binotto is that despite bringing a more competitive car into 2021, Ferrari have been prone to misjudged strategies, reliability woes and other operational shortcomings recently.

“It’s a matter of time and passion,” said Binotto on how to make Ferrari a race-winning team again.

“There are no silver bullets, so it’s a matter of approaching the mistakes as a lesson-learned approach, ensuring that each time a mistake is made it’s not a matter of blaming someone.

“It’s a matter of understanding what were the reasons, why we came to that choice and that mistake, and ensuring that we put in place actions to avoid them in the future. Stability in the team is crucial as well, we’ve got the same people doing the strategies for many years now, the pit crew is stable.

“So, keeping stability and building a team that can improve time after time [is the objective], mistakes after mistakes is where we are putting our effort. If we look at the season we’ve had so far: solid race weekends; there have been difficult situations like in Imola, the weather, the rain, but I think we always made the right strategic choice and on the engineering side, the pit crew side it has been quite consistent. That’s important.”

Last year was one to forget for Ferrari, hitting a 40-year low with sixth place in the standings. Understandably, Binotto said he felt the pressure, but insists that he had the support of John Elkann and Louis Camilleri throughout.

“It was a very difficult season,” he says somewhat wryly, “a lot of pressure on my shoulders. I certainly felt the responsibility. But I know that in such a difficult time the team was united. It would have been very easy internally for the team to blame each cause, but it never happened. The team remain united, with the right winning spirit to move forward and demonstrate that we can do better.

“As a leader the most important thing is that the team is united, which means that you’ve got the right [next tier] leadership. For me it was important at the time to ensure that the pressures that I had were not reflected into the team.

“My focus was on that and not listening to rumours and putting blame on myself and on the team, keeping focusing on trying to improve.”

As pointed out by the Swiss-born Italian, it took seven years for Jean Todt to turn Ferrari into a well-oiled, title storming machine.

This season looks to be a step in the right direction, but the process is one in progress and one that requires patience and focus.