Alonso: In my day second for Ferrari was like a funeral 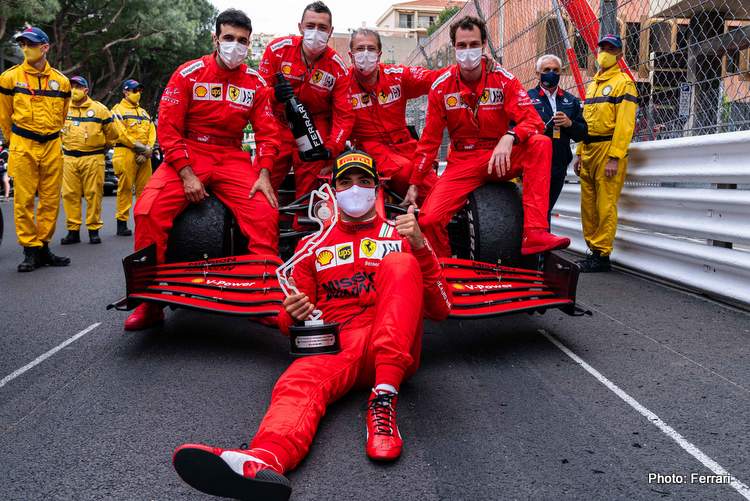 While Ferrari enthusiastically celebrated Carlos Sainz’s second place at the 2021 Monaco Grand Prix, Fernando Alonso was happy for his fellow countryman but wondered what all the fuss was about.

Ferrari are a team recovering from a rapid slide in form over the past few seasons, this year they are better than last but hardly the winning machine they have been in the past.

In fact, victories have been rare for the Reds, their last at the 2019 Singapore Grand Prix, 611 days and counting since Sebastian Vettel won for them that night.

Podiums have also been scarce, only three in 2020; thus no surprise that the Scuderia painted the town Red after a solid showing by their new driver and made a big deal about the result.

For Sainz, it was vindication that he is more than capable to lead Ferrari when their favourite son messes up as Charles Leclerc did at his home race this past weekend.

His qualifying crash ruined his Sunday while his teammate lamented that he did not get his final flying lap in, as a result of the crumpled Ferrari stopping qualy prematurely, because he felt he had a good crack at pole position on Saturday.

Nevertheless, it was Sainz’s first podium as a Ferrari driver which went down well in Spain, with Alonso – who finished 13th in Monaco on Sunday – congratulating his fellow countryman in his inimitable style.

The former Ferrari driver said on DAZN after the race: “I remember several years ago when I was doing nine or ten podiums a season and finishing second felt like a funeral after the press conferences.

“They would ask me when I would win again. While now things have changed. I think that when I say that I have 97 podiums probably many of these have not been respected enough,” ventured Alonso.

Nevertheless, the 39-year-old was impressed by Sainz’s achievement and added: “Every now and then I would have a look at the big screens to see if Carlos had managed to take the lead. I am very happy for him.

“But with Bottas and Leclerc out he hoped to win. He need not worry, victory will come to him in the future. He made the most of this opportunity, we have to be proud of it,” insisted Alonso who last stood on an F1 podium at the 2014 Hungarian Grand Prix.

🙌🏼 Nothing like a warm welcome after a solid race. Let’s go and get more @ScuderiaFerrari
–#Carlossainz pic.twitter.com/WK1PaBlkSy