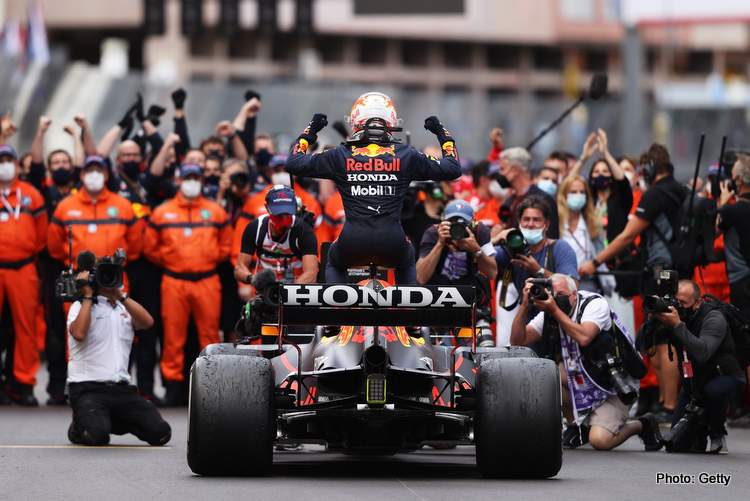 Prior to today Max Verstappen had not stood on the Monaco Grand Prix podium but winning Formula 1’s most prestigious race ensured that he took the middle spot after a commanding victory after a largely lacklustre race.

Red Bull’s Verstappen had one mission when the lights went out at the start: close the door on Bottas, which he did blocking a snappy start from the Mercedes driver and then powering into the distance. Keeping the lead pegged at between two and seven seconds throughout the afternoon, no matter who was behind.

It was a proper masterclass from the Dutch driver around the sport’s most challenging venue, and an important victory on an afternoon in which Mercedes imploded in the manner only they do.

Verstappen thus took his 12th Grand Prix victory, his first at the Principality and leaves Round 5 leading the championship by four points; before the race, he was 14 points adrift of title rival Lewis Hamilton. Red Bull now lead the constructors’ title race. Game on!

Verstappen said afterwards: “It’s so special around here to win and, also for me, the first time on the podium here. It’s an amazing race and a lot of laps around here, you really have to keep your focus. It’s really cool. You always want to win this Grand Prix.”

Even if the Mercs had brought their A-Game it is unlikely they would have prevented Verstappen his right to the Monaco royal podium.

After his nippy start, Bottas chased hard, and was doing all Mercedes could expect of him, until his pit stop when his crew could not remove the front right wheel. It was ‘welded’ tight to the axle. Race over. DNF.

The Finn could well ask: Why always me?

Drama in the pit lane!

Mercedes cannot get the nut off the front right tyre… Bottas is OUT!#MonacoGP 🇲🇨 #F1 pic.twitter.com/U1nQfz1eIK

Bottas’ misfortune promoted Sainz who took up the chase in his Ferrari but could do little to close the gap that Verstappen had over him, nevertheless, he saved face for his team with a well deserved second place ahead of Lando Norris, again superb, claiming third.

Earlier, before the race it was over for local hero Charles Leclerc who surprised all by had qualified on pole, the Ferrari returning to the pits after a sighting lap. The team reported it was not a gearbox issue but a driveshaft problem.

For the record, the luckless Monegasque had crashed out of the previous two times he raced F1 in his neighbourhood and now has a DNS next to his name. Ferrari continues to stun with their decisions and it is surely a matter of time before Mattia Binotto is ousted or demoted.

Leclerc said after the news broke: “In the garage, it was very difficult to feel ok, but I guess now I’m getting used to this feeling here, unfortunately. I’ve never finished a race here – this year, I don’t start it. It’s a difficult one to take and I also feel for the team.”

Heartbreak for Leclerc and all his fans 💔#MonacoGP 🇲🇨 #F1 pic.twitter.com/n0S9eBZbFn

For Sainz, it was a potent weekend where he has edged closer to his teammate as his Ferrari induction continues. This was a timely result for the Spaniard whose shares will continue to share within Maranello after his teammate stole most of the limelight until it went pear-shaped for his teammate.

Sainz told parc ferme reporters: “If you would have told me before coming to Monaco I would have finished second I would have definitely taken it, it’s just all the circumstances of the weekend having Charles on pole, me missing out yesterday on a good lap, it’s just maybe doesn’t taste as good as it should.

“But I’m sure when I will reflect back in the week I will be very happy and proud of the weekend. Ferrari need to be proud of the car and the step they have done this year,” added the Spaniard.

Norris again over-delivered on a weekend in which he comprehensively outshone an out of sorts Daniel Ricciardo. The young McLaren driver delivering a mature and faultless drive to fully justify his team’s faith in him.

Norris said: “It’s always a dream to be on the podium here in Monaco. It’s extra special. I didn’t think it was going to happen. A bit of luck, I want to say some good driving, and a good car all weekend. We’ve had a strong weekend. Thanks to the boys and girls, this one’s for them.”

LANDO: “I don’t know what to say. It’s always a dream to be on the podium here… It’s special. I’ll cherish it”#MonacoGP 🇲🇨 #F1 pic.twitter.com/agpc1grJb5

Sergio Perez turned a woeful qualifying on Saturday into a well-worked result on Sunday, Red Bull keeping the Mexican ‘tyre-whisper’ out for a long stint in which he delivered a flurry of fastest laps to overcut his way too fourth ahead of Sebastian Vettel who enjoyed his best race as an Aston Martin driver to claim fifth and Driver of the Day as voted by fans.

While most of the race was a procession, Pierre Gasly’s race-long battle with Hamilton was a highlight. The AlphaTauri keeping the attacking Mercedes driver at bay to finish sixth, with the seven-time F1 World Champion confined to seventh.

Mercedes will no doubt face the wrath of their star driver as an early pitstop played against Hamilton who radioed his complaints during the race; a curious call from a pit wall that has been on point and beyond in recent races when it comes to strategy

Immediately after the race: Mercedes wrote on Twitter: “Tough one to swallow. This has been one of our hardest days as a Team in a very long time. We have to accept it, own the failure, learn from it and move on from here.”

Tough one to swallow. This has been one of our hardest days as a Team in a very long time.

We have to accept it, own the failure, learn from it and move on from here. pic.twitter.com/S8q2gMX4dw

Esteban Ocon went long for Alpine and was rewarded with eighth place for his efforts, while his teammate Fernando Alonso, a two-time winner at the venue was only good for 13th today. A forgettable weekend for the veteran. 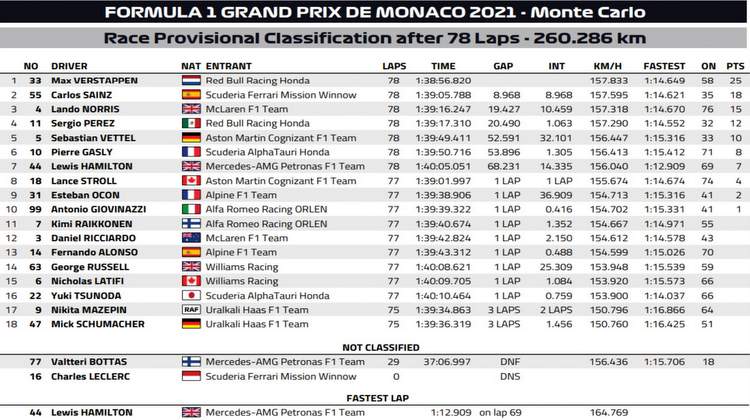 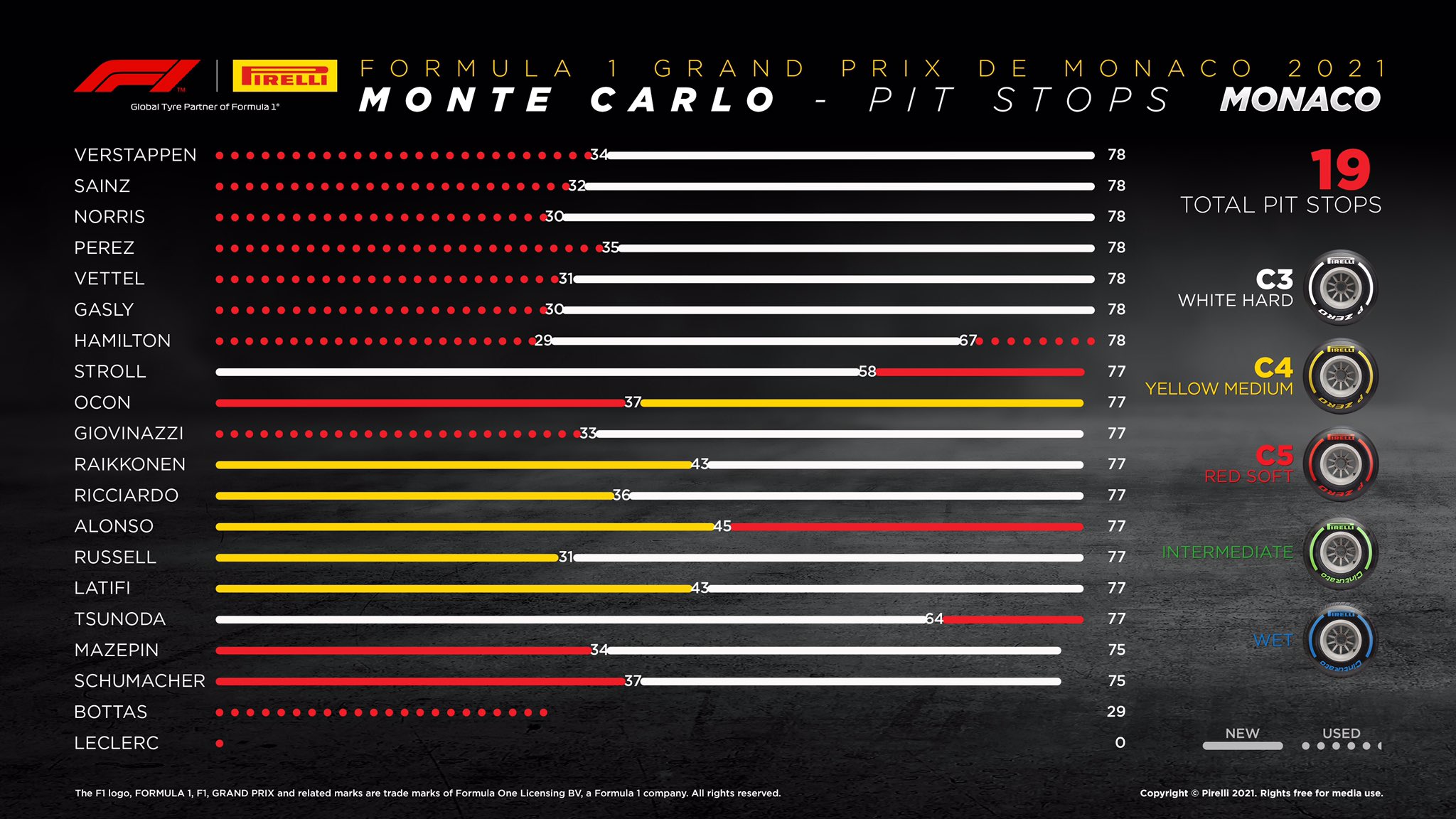 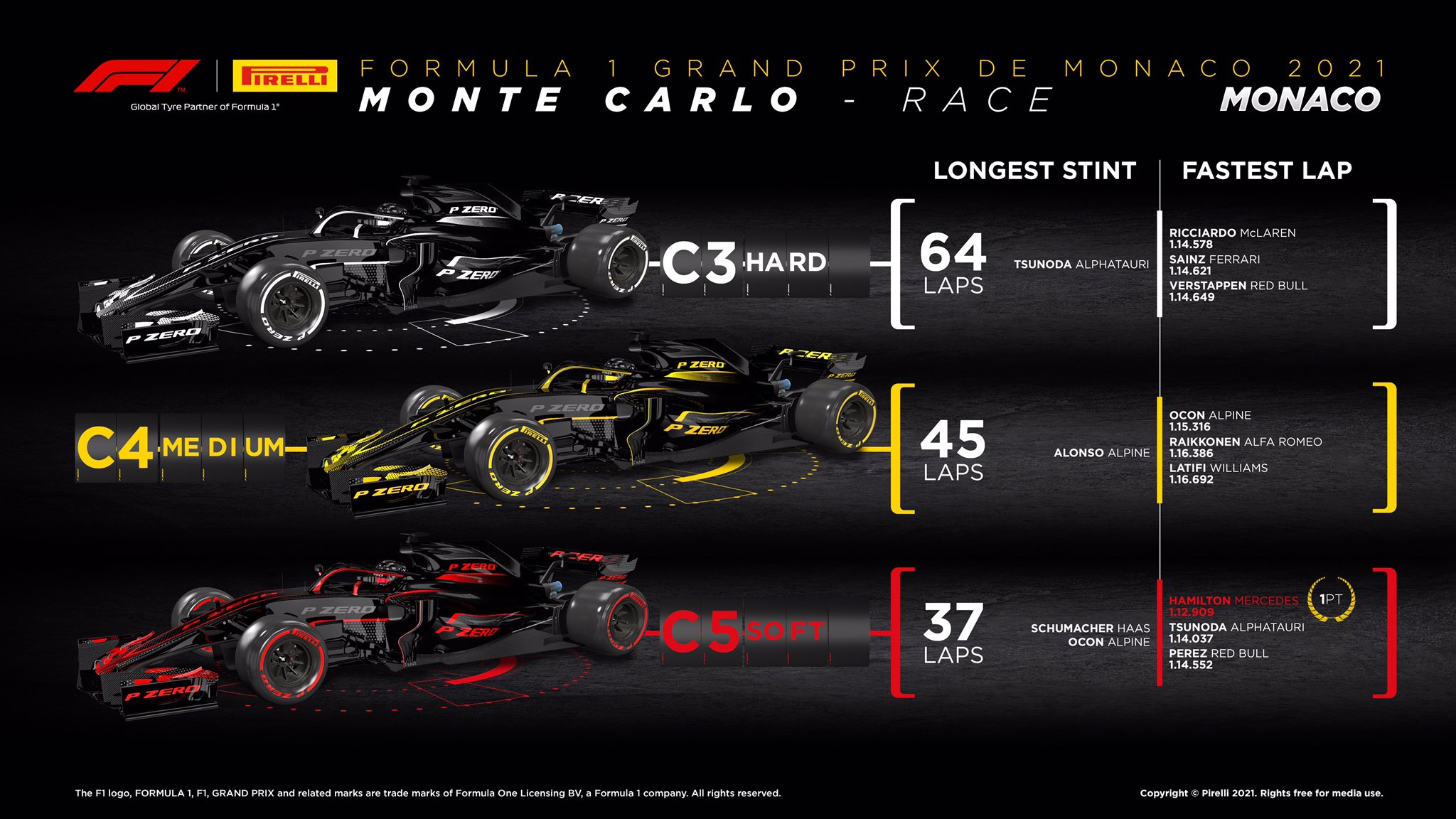 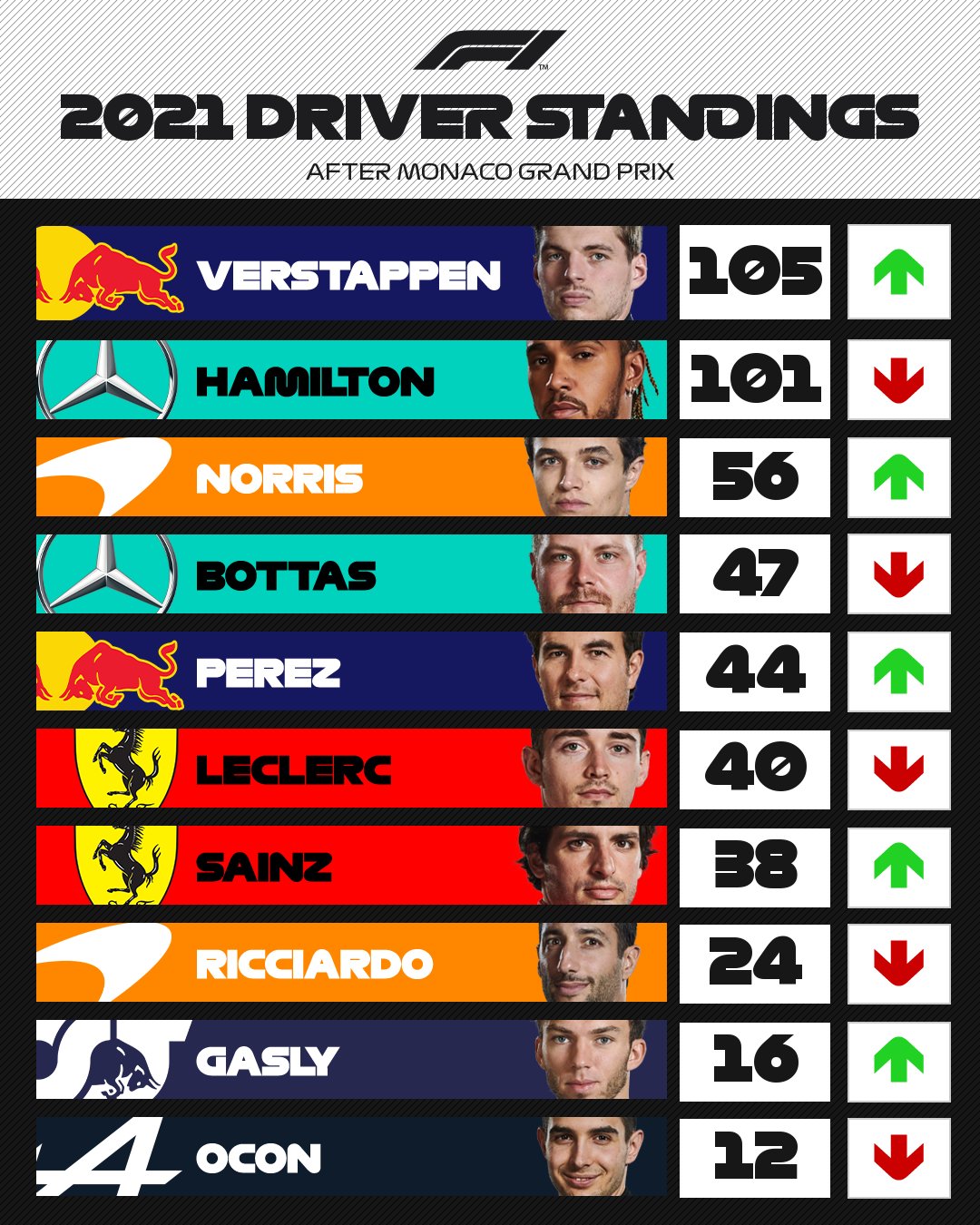 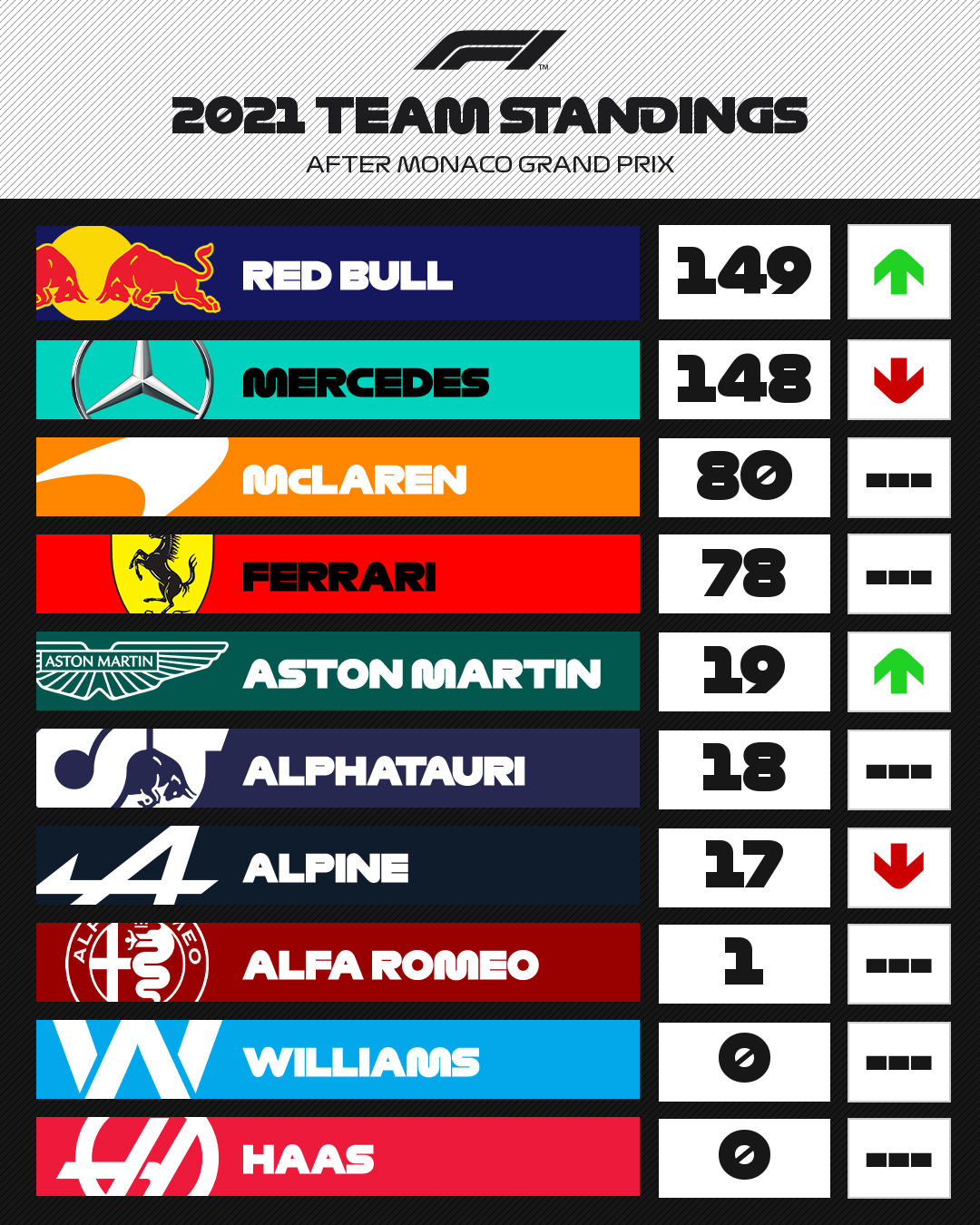