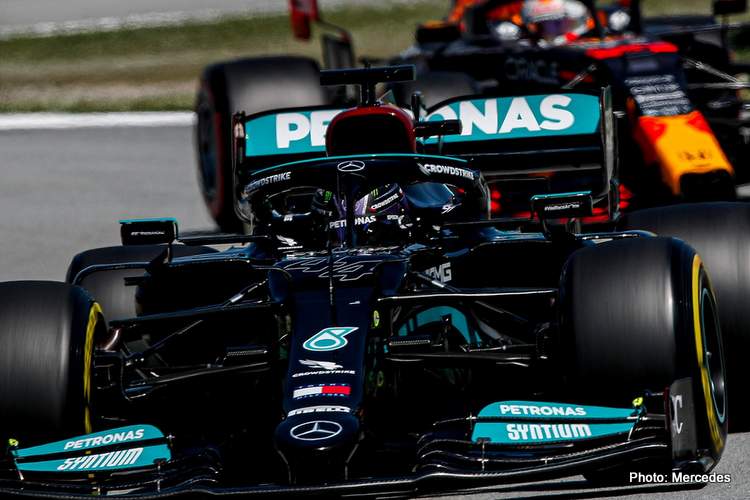 Lewis Hamilton sealed an incredible 100th pole position in Formula 1 from Max Verstappen during qualifying for the Spanish Grand Prix.

Hamilton beat out Verstappen by 0.036 seconds, with Valtteri Bottas more than a tenth back in third.

All of the top three set their best times on the first run, with none of them able to improve second time around, allowing Hamilton to claim a historic milestone.

Speaking to Pedro de la Rosa following the conclusion of qualifying, Hamilton said: “I can’t believe we’re at 100 and it’s down to the men and women who are back at the factory who are continuously raising the bar and never giving up. The support that I have, it’s a dream for me to work with these guys and the journey that we have been on has been immense.

“Who would have thought at the end of 2012 when we made the decision to partner we would be qualifying at 100. So I feel very humble and very grateful. I’m ecstatic, like it’s my first.”

Verstappen, who marginally missed out on his second pole of the year, added: “It was good. I struggled in Q1 but we sorted out the balance in Q2 which was good. Q3 both laps were pretty decent, the second run was a little worse. It is quite gusty.

“Nevertheless second for us is very good today. We know they are hard to beat around here. To be that close we can be happy with that.”

Bottas, who starts third, said: “That was close. Definitely was in the battle for the pole and I think the first runs in Q3 were faster ones but in Turn 10, I had snap at the apex and lost a tenth or so, and that’s the margins of the pole. With a strong package, it’s going to be a good fight tomorrow, no doubt.

“I think it’ll be close between us and Red Bull. I think there are possibilities to do one stop or two stop – but I’m not going to reveal ours!”

Carlos Sainz was sixth, with Daniel Ricciardo ahead of Lando Norris in seventh, with Norris having to settle for ninth.

Sergio Perez will start eighth after suffering a spin during his first run in Q3, the Mexican setting a lap time of 1:17.701 on the second time of asking.

Fernando Alonso made his second Q3 appearance of the year but starts 10th after being outqualified for a third time in a row by Ocon.

P4 and P6 for tomorrow’s #SpanishGP 🙌

Lance Stroll will start 11th after a disappointing session for Aston Martin, with Sebastian Vettel two places back in 13th.

The Canadian was 0.008 seconds short of Alonso’s cut-off time, but will have free choice of tyres come race day, where he will start alongside Pierre Gasly who was 12th.

Vettel was a tenth slower than Stroll, outqualified for the third time in four races, while Antonio Giovinazzi was good enough for 14th.

George Russell will start in 15th having failed to improve on his best time from Q1.

Yuki Tsunoda was the surprise Q1 exit, with the Japanese rookie failing to progress by the narrowest of margins to Giovinazzi.

The AlphaTauri man will start just ahead of Giovinazzi’s teammate Kimi Raikkonen, who failed to build on a promising showing in FP3 by going 17th fastest.

Mick Schumacher impressed once again for Haas and outqualified Nicholas Latifi by a tenth, with the Canadian set to start on the back row alongside Nikita Mazepin, who was 0.690 seconds adrift of Schumacher.

Latifi’s best time was almost eight tenths slower than Russell’s fastest Q1 lap, with the 23-year-old once again making it through to the second part of qualifying. 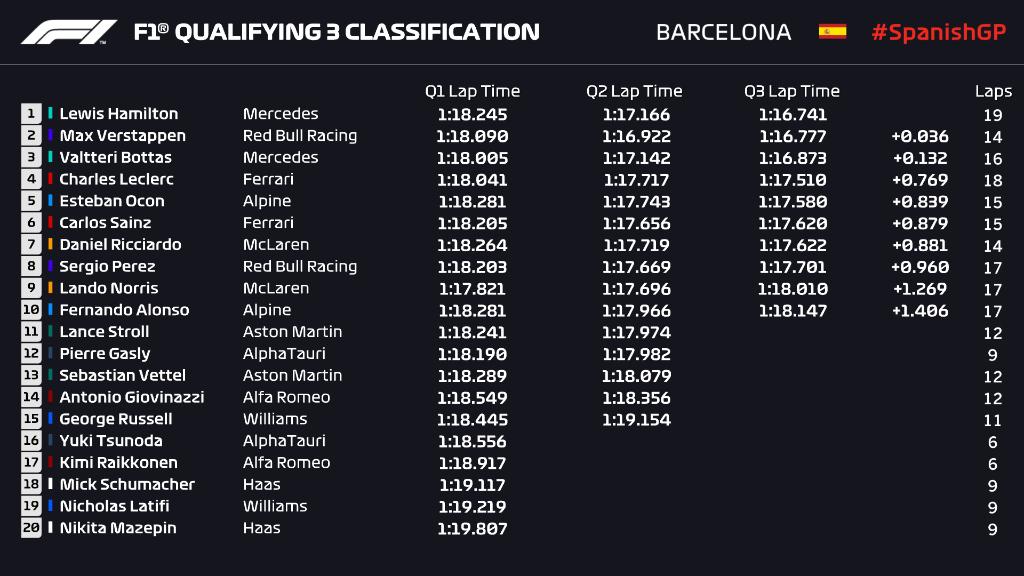 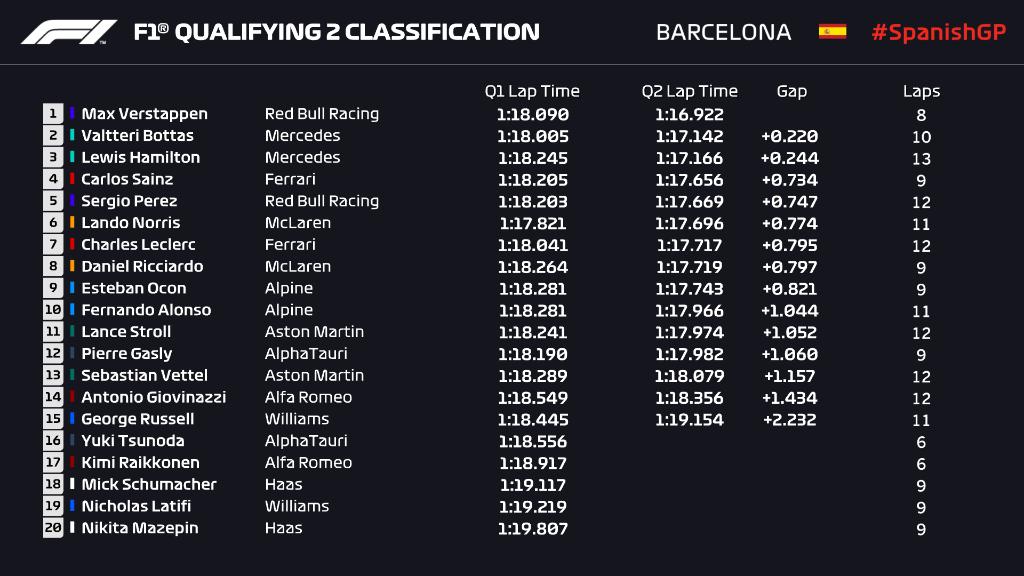 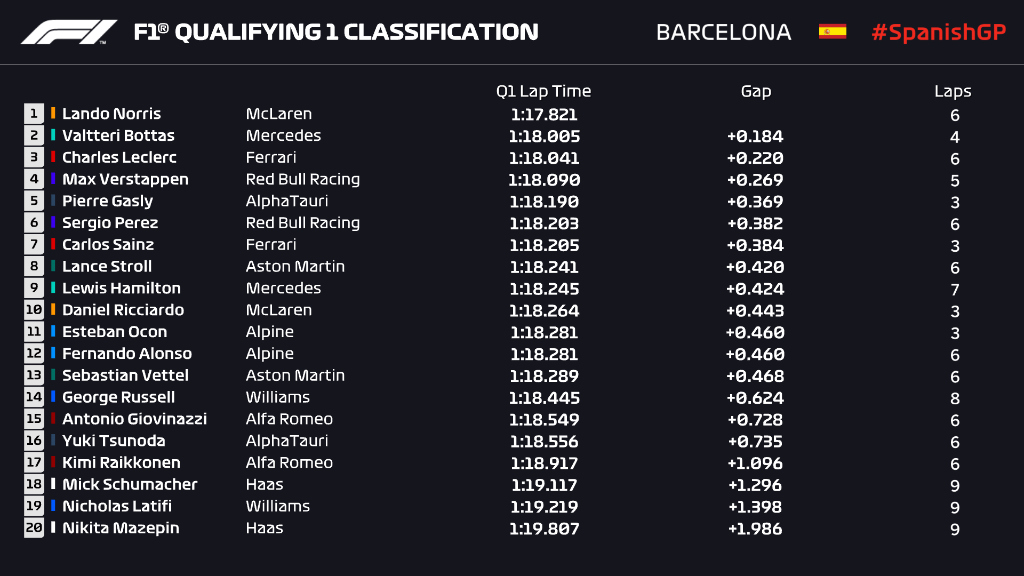 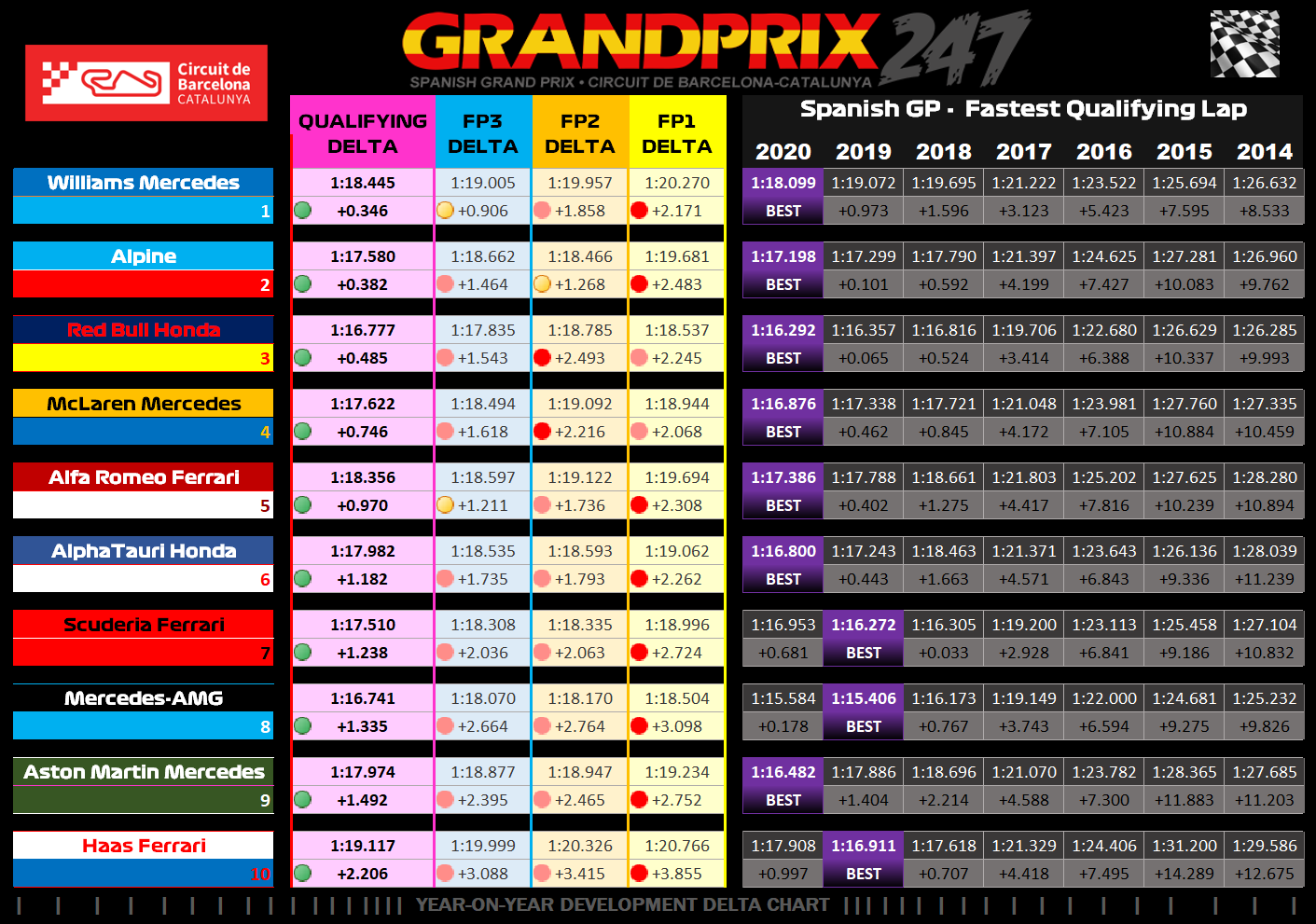