Ricciardo: It was messy, I wouldn’t have bet on this 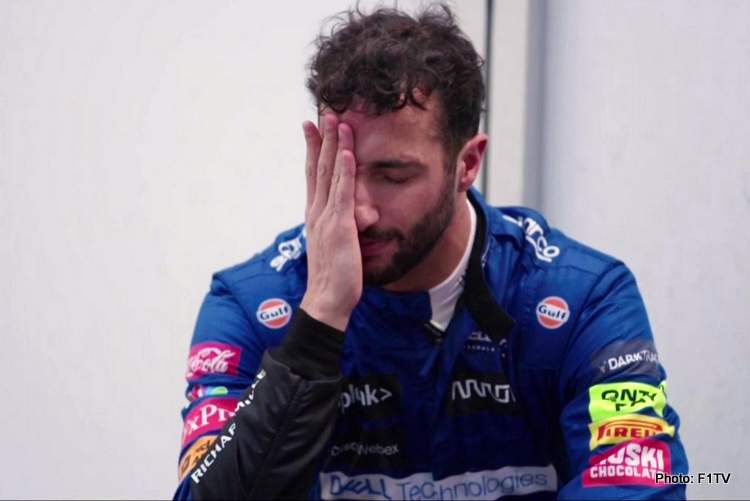 Daniel Ricciardo had a messy qualifying on Saturday and as a result, he will start the 2021 Portuguese Grand Prix from 16th on the grid while McLaren teammate Lando Norris will line up in seventh.

On a day that was tricky for all the drivers, wind and the challenging nature of Autodromo do Algarve caught out many and was a decisive factor in not only Ricciardo’s afternoon but also impacted several of his Formula 1 rivals on the day including the battle for pole at the sharp end where he played no part.

Downbeat after one of his poorest qualy showings in memory, Ricciardo told reporters afterwards: “The final sector wasn’t here. It was just messy. The first lap on the softs wasn’t really assisted.

It’s just disappointing. Q1 is quite sad, it feels like it comes out of nowhere. But, I’ve got to stay positive – you wouldn’t have bet on this today – so we just have to figure it out and wake up tomorrow ready to go.”

It was a narrow miss, but the gap between Ricciardo and Norris was over a second when Q1 ended. It was a big defeat for the veteran at the hands of the young gun.

The Australian later added in the McLaren team report: “Q1 goes very quickly and we just didn’t get any clean laps in. The Medium tyre felt pretty good, and I was pretty happy.

“Then the first lap on the Soft was a bit interrupted by traffic at the start of the lap, and the end of the lap was just a little bit messy. We tried to go again but the tyre fell away really quickly and we just didn’t have the pace.

“P16 is far from where I want to be, so I’ve just got to figure it out, get some sleep and wake up tomorrow ready to do better.”

McLaren team boss Andreas Seidl said of the disappointment: “Unfortunately, after three good practice sessions when Daniel felt a lot more comfortable in the car, he couldn’t repeat the performance today in Q1, which unfortunately meant an early end to his qualifying. This evening, together with Daniel, we’ll analyse what happened.

“We’ll put this disappointment behind us as quickly as possible and refocus again on tomorrow when points get distributed. We have two good drivers and a great team that will try to fight back tomorrow,” added Seidl.