Damon Hill: Vettel is getting beaten to a pulp 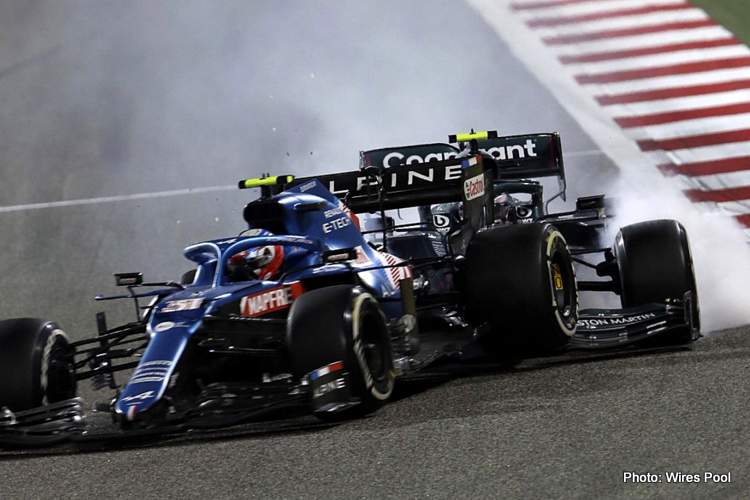 Sebastian Vettel’s fall from grace as a top of the line Formula 1 driver took another massive blow with his below-par debut for Aston Martin at the 2021 season-opening Bahrain Grand Prix weekend.

As mentioned in an earlier report, Vettel’s woeful form continued even after leaving the toxicity of Ferrari where he spent six fruitless years, his final one last season abysmal to say the least.

Damon Hill has chimed in on the matter after the floodlit race at Sakhir, in which Vettel crashed into Esteban Ocon on his way to a disappointing 15th place, second last of the cars still running at the end.

The 1996 F1 World Champion said during an F1 Nation podcast: “It’s like watching that Mexican game at the party, the pinata. He is getting beaten to a pulp.

“What’s happening to him is awful to watch. I do feel something has got to shift in his psychological constellation. He needs to see a mystic and go and have some sort of evil spirit removed from him. He’s done something wrong to deserve this.

“I think there is some sort of psychological balance tipping point thing. And I think that if you feel on your heels if you feel a little bit tentative about anything. It’s like a rugby tackle, you cannot go in half-baked.

“And he’s feeling like that the punishment he’s been getting. And the bruising he’s been getting has been worrying him. I’m afraid it just gets worse, it has to be a kinda jettisoning of all those bad, negative feelings.

“Once he’s done that, he’s got all the ability in the world. He could race at the front with Lewis and with Max,” ventured Hill.

In Bahrain this past weekend, not only did the 33-year-old German fluff his race day, but he also did himself no favours when not aborting his qualy run under yellows and relegated to the back of the grid for his lapse.

Even without the penalty, he would’ve only started from 18th on the grid after a Saturday night in which he extracted little pace from the Aston Martin relative to his teammate Lance Stroll and, of course, the top time by Red Bull’s Max Verstappen was well out of his reach.

Vettel admitted afterwards: “I don’t feel at home in the car. Many things are fighting against me so that I cannot concentrate on driving.”

However, Aston Martin team principal Otmar Szafnauer backed his driver and was not prepared to raise the red flag just yet, citing early days: “The car is completely different to the one he drove before. The whole philosophy, the power train.

“Sebastian has only been with us for a few days. He was unable to do a great deal of distance in the test and is still getting used to it, but I have no doubt that he will eventually be back at his best level.”

“There’s no reason to jump to conclusions. We have had one race. Yes, it was not the best race, but there are also positives. His lap times were similar to Lance’s (Stroll), who has spent a lot of time with us, and at some moments he was very competitive.

“Of course I’ll talk to Sebastian about the last race, but it’s too early to draw conclusions,” added Szafnauer.

One conclusion that can most certainly be drawn is that Vettel is suspect in wheel-to-wheel combat, a trait stretching back even to his glory days at Red Bull. And when he crashes, he has a tendency to fling the blame around. Remember Brazil 2019 when he clattered into teammate Charles Leclerc.

Fast forward to Sunday, and the same thing with Esteban Ocon; after brain-fade not worthy of a four-time F1 world champion resulted in an Alpine being punted off by the #5 Aston Martin. Poor Ocon got the finger of blame for an incident he had no fault in.

Criticism is mounting, fellow countryman Ralf Schumacher among the critics, observing on Sky Germany: “What bothers me most is the way he deals with it. When he drove into Ocon, he immediately complained over the radio about Ocon supposedly changing lines.

“But when you look at the recordings, it is 100 percent clear that this was Vettel’s mistake only. After the race he apologised to Ocon, but the question remains why Sebastian keeps making mistakes like this. With his experience, he should be able to assess situations such as that better, so he has to question himself.

“I don’t think we have to worry about the mood at Aston Martin right now – the collaboration is still too fresh for that. But it could tip over at some point after further negative experiences,” added Schumacher, a six-time Grand Prix winner.

F1 chief Ross Brawn reported in his post-race notes: “Sebastian Vettel did not have the finest debut for Aston Martin. In the heat of the moment, he blamed Esteban Ocon for their accident, but I don’t think anyone saw it that way.

“It was not a great weekend and I hope he can get it together because he’s a four-time world champion who has the potential to deliver yet more great drives,” was Brawn’s politically correct conclusion.

AlphaTauri team boss Franz Tost, who knows Vettel since his Toro Rosso days, also had a say: “You have to provide a driver with a good car; the  Aston Martin doesn’t seem to be the yellow of the egg.”

“At the time he decided to go to Aston Martin, it was thought that he could be way ahead with a new car. Theory is one thing, reality is another.

“In August, everyone [at Aston Martin] tell you that they want to build the best car. But then there is no trust in the car or in the team. He can’t win the World Championship with that car, that’s out of the question because it’s not that good. It’s very unstable on the rear axle.

“If you have your back to the wall like Vettel does, you take more risks. With his experience, he can take a team forward. He knows how to win races and world championships and the relationship will be optimal when success is achieved.”

Meanwhile, rivals struggling is always good news for a team, as Tost cheekily added: “They are behind us and hopefully it stays that way.”

Whatever the case, for his critics or his fans spotlight is firmly on Vettel for all the wrong reasons now, he has to raise his game and stop with the silly mistakes. It’s going to be a tough ask for a driver whose fall from grace began three years ago and has continued unabated.

Thus it will be no surprise, if things carry on this way for Seb, he may well decide “enough!” and call it quits before this season runs out, allowing him to stay at home to spend quality time with his wife and three kids.