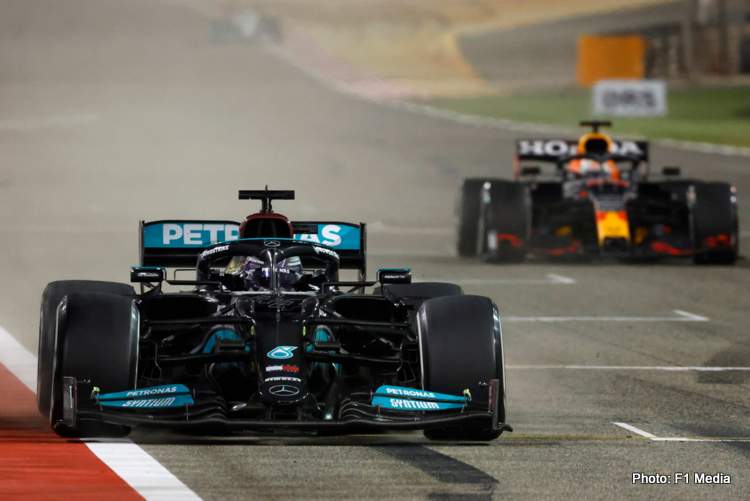 The battle Formula 1 has hankered for finally unfolded in earnest as Max Verstappen and Lewis Hamilton slugged it out to the final laps of a thrilling 2021 Formula 1 season opener.

It was an epic fight with the Red Bull driver hunting down the Mercedes after the final pitstops. The Blue car came very close, in fact, he took the lead but went off track to do so and was told by his pit wall to cede the lead to the world champion who then delivered a masterclass in defensive driving to keep his lead until the chequered flag.

Verstappen, who had done all the hard graft to cut back a ten-second lead, felt he should have been allowed to continue and deal with the penalty later.

From the outset, it was always between the pair, neither of their teammates got a look in. With Verstappen doing the business with a stonking qualifying lap, it was Hamilton doing the chasing for a change.

The start of the race was relatively clean until Nikita Mazepin spun out in the Haas bringing to a close a miserable Grand Prix debut for the unpopular billionaire boy.

This triggered a safety car period with real racing only happening three laps into proceedings at which point Verstappen put the hammer down with Hamilton behind him in second.

Pitstops came into play, with Mercedes pitting Hamilton earlier than his rival for both of his stops in an attempt to force an undercut. However, Verstappen was equal to the plan on each occasion and cut down a ten-second deficit in ten laps, following the pair’s final trip to pits.

At this point, Hamilton was giving it all he had with tyres almost ten laps older than the Pirelli’s his rival had on his car. It was defence at his best, repelling the best attacker in the field.

In retrospect, Verstappen had one chance and it did not stick and thereafter Hamilton had the measure of him during a flurry of heart-stopping final laps.

Turning the drama up to 11 😲😱 @F1#PoweredByHonda

The Mercedes driver said in Parc Ferme: “Wow, what a difficult race that was! Definitely stopping early we knew it was going to be difficult, but we had to cover Max. They have had amazing performance all weekend, so it was going to take something really special.

“We stopped for that last stint and trying to find the right balance between not pushing too much and having the tyres at the end of the race. It was difficult and Max was all over me right at the end, but I just about managed to hold him off. It was one of the hardest races I’ve had for a while.”

Red Bull and their Dutch star will go home aggrieved and Verstappen questioned the call to drop back: “Why didn’t you just let me go, man? I could have easily pulled those five seconds. I am prepared to lose a win like that than be second like this.

“It’s, of course, a shame but you also have to see the positives. We are really putting the fight onto them and that’s great to start the year like that.”

Nevertheless, they seem to have the measure of the Black cars with the RB16B and that will be the positive from a race weekend that was Red Bull’s to win; but crucially they now know they have a package able to match Mercedes.

The ‘Lewis v Max Show’ headlined the start of this report before the race began, and that might well become the tag line for the rest of the season as the pair were well and truly the stars of the season opener.

In the other Mercedes, Valtteri Bottas was a distant third after a botched pitstop under pressure by the World Champs cost him far too much time. However he again simply had no answer for his teammate this weekend and should note that the #44 does not make a habit of winning the first race of the season.

On the evidence of tonight, Bottas continues to be the wingman for Merc, taking the brunt of their mistakes and picking up the pieces for his team as he did with third place at Sakhir today.

Fourth place went to Lando Norris who has been in fine form, always at the sharp end of the midfield and upstaging his new teammate Daniel Ricciardo in the process. The Australian finishing seventh in what was a strong weekend for the Woking outfit who were back in the Mercedes fold for the first time since 2014.

After a qualifying miscalculation saw Sergio Perez drop out in Q2 during on Saturday, the Mexican was handed more bad luck, this time his car switched off on the formation lap forcing an aborted start, another warm-up lap for the field and a pit lane start for the new Red Bull driver.

From there on he soldiered from the back of the field to deliver the kind of drive his predecessors in the car were unable to deliver. Fifth place was his reward on a day he showed why he is such an asset to the team and was awarded Driver of the Day for his efforts.

From a pit lane start to a P5 finish

It was an eventful Red Bull debut for @SChecoPerez

Before the start of the season, Tifosi were warned that Ferrari will only be winning next year (wishful thinking) and as result they will probably be happy with sixth place for a battling Charles Leclerc who, as usual, drove the pants off what he is given, while Carlos Sainz soldiered on to claim eighth on what was an underwhelming night for the sport’s most successful team.

The supposed horsepower the Reds are now able to unleash was kept in the stable because neither Red car looked like a podium contender despite their fine drivers; while their customers Haas and Alfa Romeo were equally abysmal. Progress from December last year to today has been negligible and the results showed.

On the bright side, Yuki Tsunoda scored points in his Formula 1 debut, the Japanese rookie winning the hearts and minds of fans thanks to a feisty style and impressive speed, to finish ninth on a disappointing day for AlphaTauri.

Pierre Gasly qualified well a day earlier, but in the race he made a mistake when he clipped his front wing in a first-lap melee and had to play catch up for the rest of the race until they decided to park his car for a DNF.

Lance Stroll scored a point for his father’s team, but Aston Martin’s debut was a disappointment. This is not a new team as such, but rather morphed from Racing Point who last year won a race and was front runner. Their first green car is hardly that.

This of course did Sebastian Vettel no favours. The German’s form has continued to plummet, this time after attracting penalties in qualifying which relegated him to the back of the grid, in the race he was hopeless. Opting for a different strategy was a bad mistake.

In the end, the Vettel crashed into the back of Esteban Ocon for no good reason and then had the gumption to blame the Alpine driver for changing lines when he did nothing of the sort.

After tonight, the four-times F1 World Champ should seriously consider if he has it in him to be in the top flight. Color change made no difference, he was as bad in Green as he was in Red last year.

The Alfa Romeo duo followed each other around with Kimi Raikkonen 11th and Antonio Giovinazzi 12th on an underwhelming evening for the Ferrari powered Swiss outfit.

Fernando Alonso’s much-heralded return to the top flight was feisty as expected of him but ended with a DNF. The Alpine is a tortoise of a car and did the Spaniard no favours as he tussled in just about every battle in the midfield pack with no reward.

This is a shadow of the team (Renault) that 15 years ago took him to his two world titles, and might soon become a victim of their driver’s intolerant tongue.

It’s a shame that Alonso is again confined to midfield mediocrity by his car because the 39-year-old still has the spirit, racecraft and speed that has earned him the respect he has today.

Alpine teammate Esteban Ocon was comprehensively beaten in qualifying by the veteran in the sister car, and in the race, he was off the radar apart from a tangle with Vettel which was no fault of the Frenchman’s despite the Aston Martin driver’s deluded insistence otherwise.

Ocon was 13th, while Vettel received a penalty for his brain-fade to end the day 15th.

In a similar vein, it was a trying debut for the two rookies at the incompetent Haas F1 team who handed Mick Schumacher and Nikita Mazepin a car two veterans could not drive last year. A shitbox that snapped on both drivers, first the Russian further soiled his reputation with a first lap spin in his own accord.

Safety Car is out after Mazepin hits the barriers on the opening lap! 💥

A lap later when action resumed after Mazepin’s wrecked Haas was removed, Schumacher junior was struck by the same plight.

The car turned around on him unexpectedly when footing the throttle; unlike his teammate he did not break anything, recovered and soldiered on to finish last of the cars running and a lap down on the leaders.

It is clear Ferrari have erred massively in putting the son of Michael Schumacher at Haas with an insignificant, and frankly awful teammate, coupled to a horrific if not dangerous car.

Slow and not fit to be in F1, with the slowest pit crew by far suggesting the team under Guenther Steiner is simply there to cash the cheques.

Michael would be shuddering if he knew what was going on with the placing of his son in the increasingly incompetent Gene Haas owned and Guenther Steiner led team has become.

Nice duel between @LewisHamilton and @Max33Verstappen. Congratulations to both, the 2021 @FIA @F1 season is launched!#BahrainGP 🇧🇭 #F1 pic.twitter.com/QdnGTrCQR9 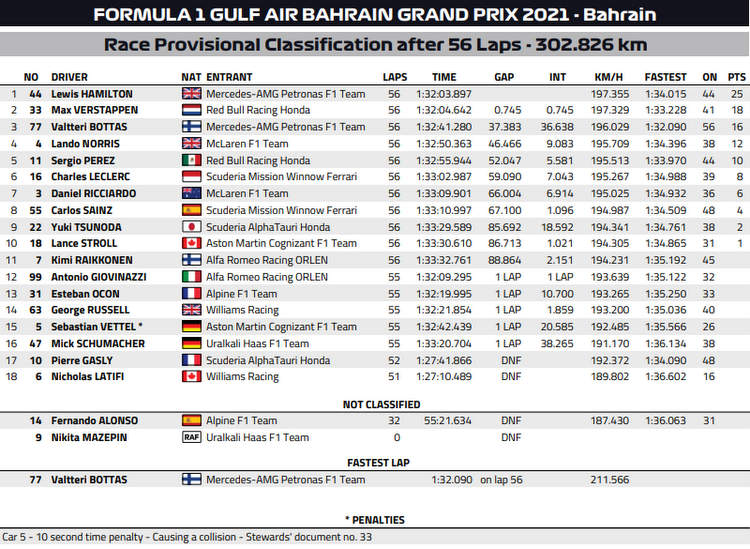 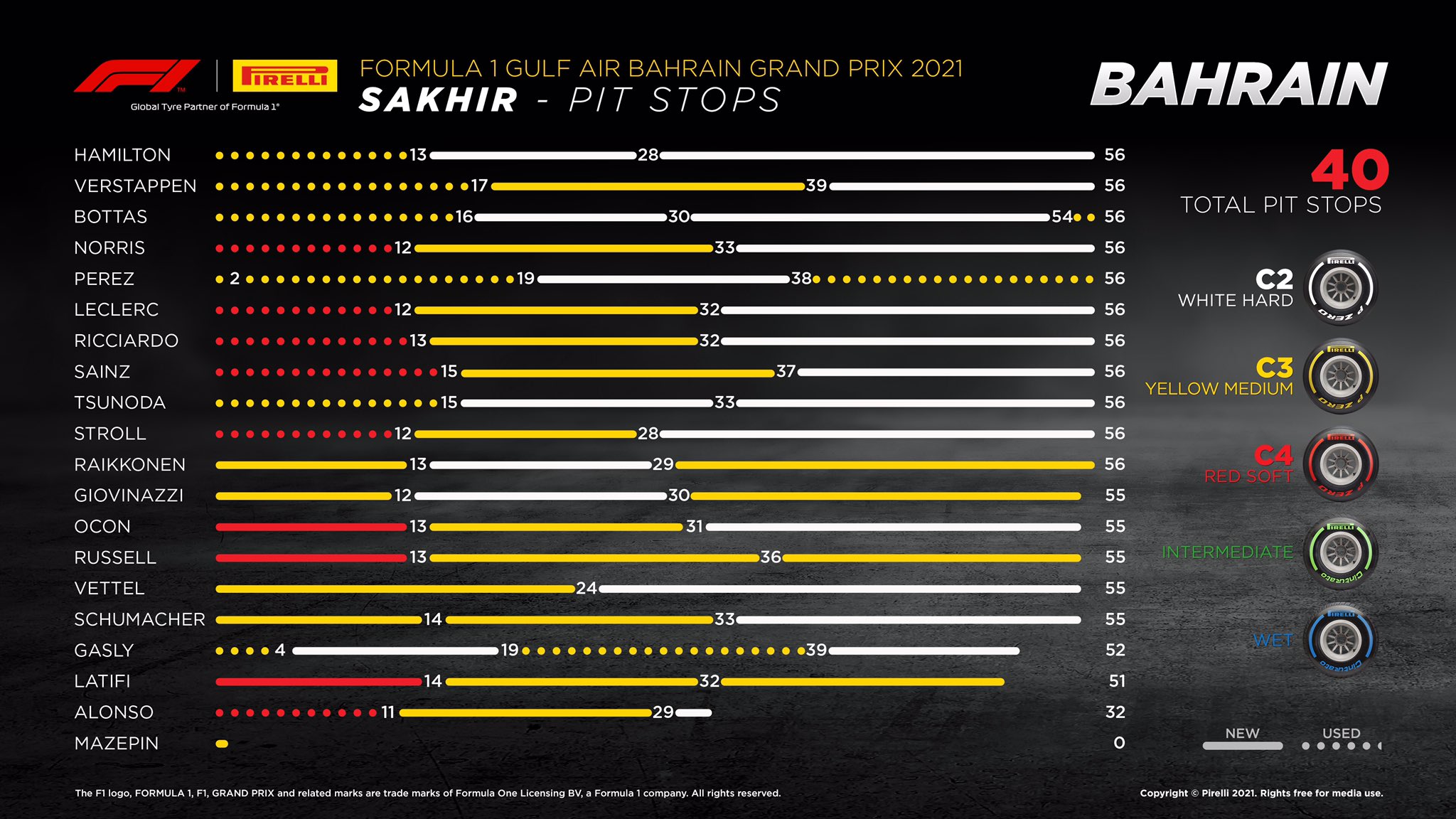 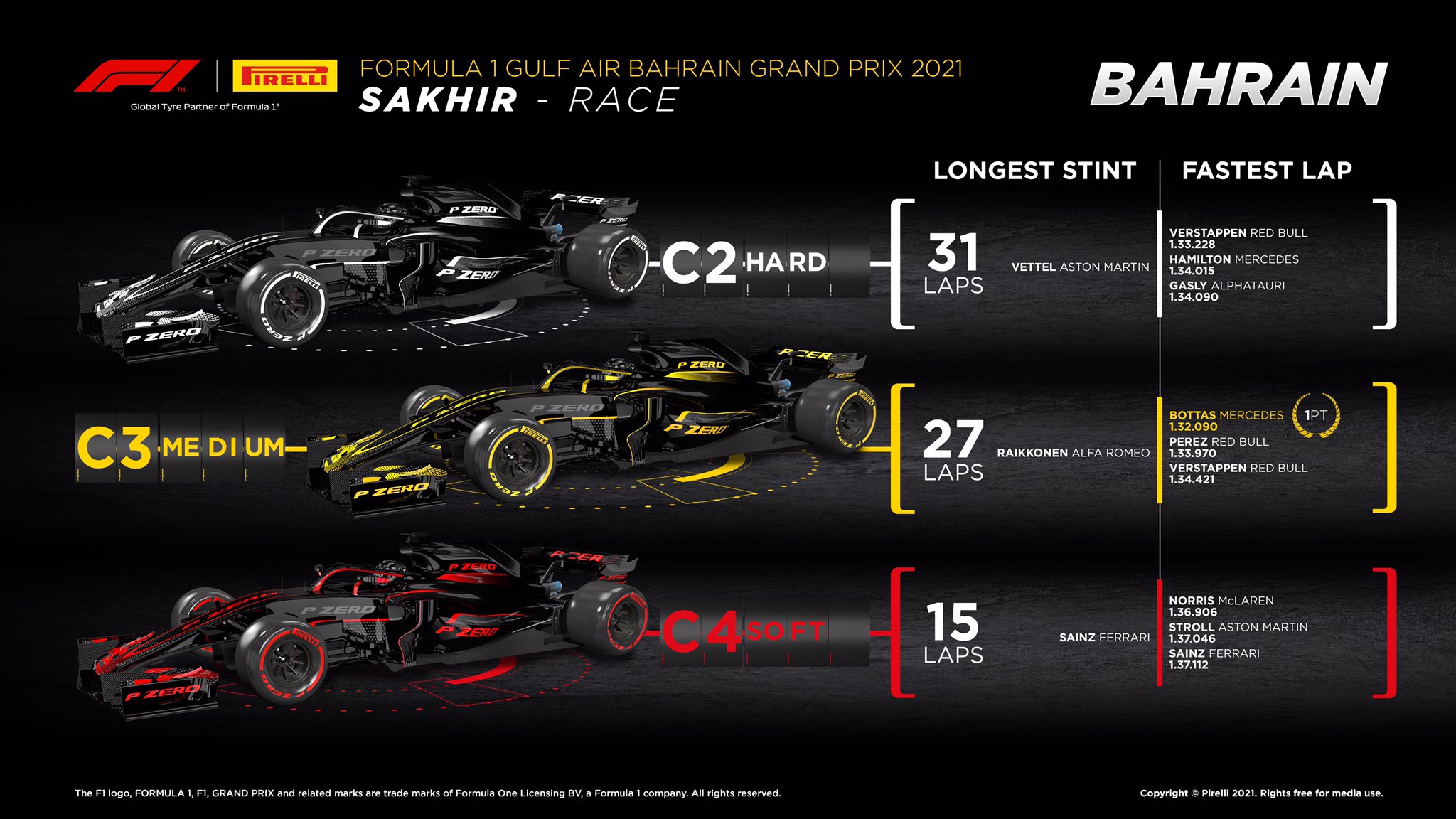 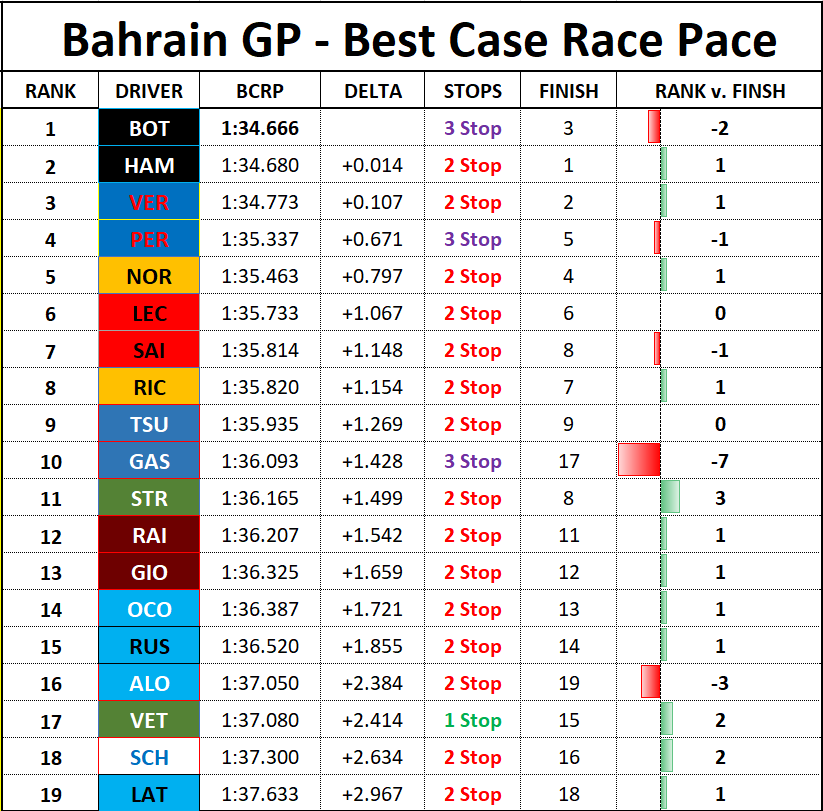 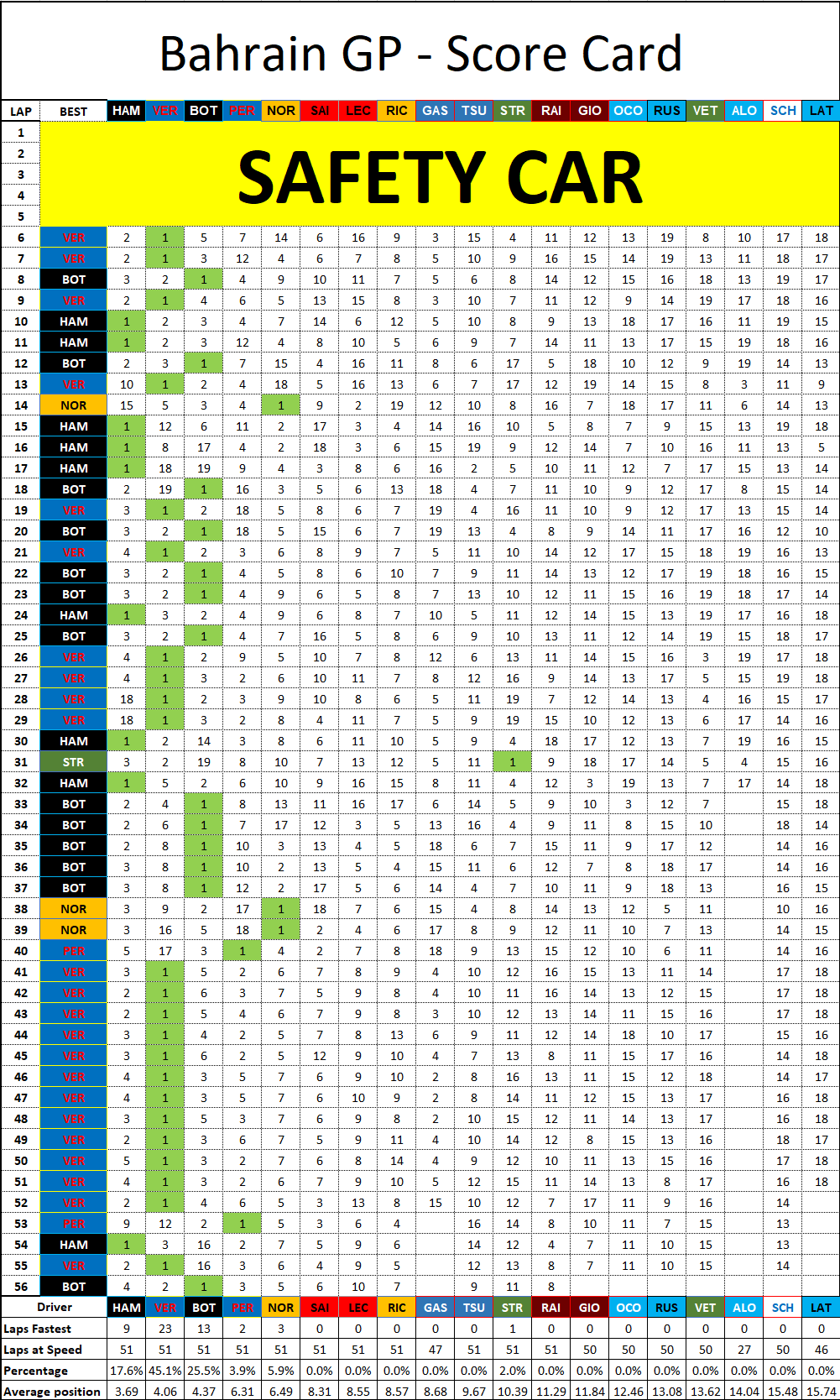 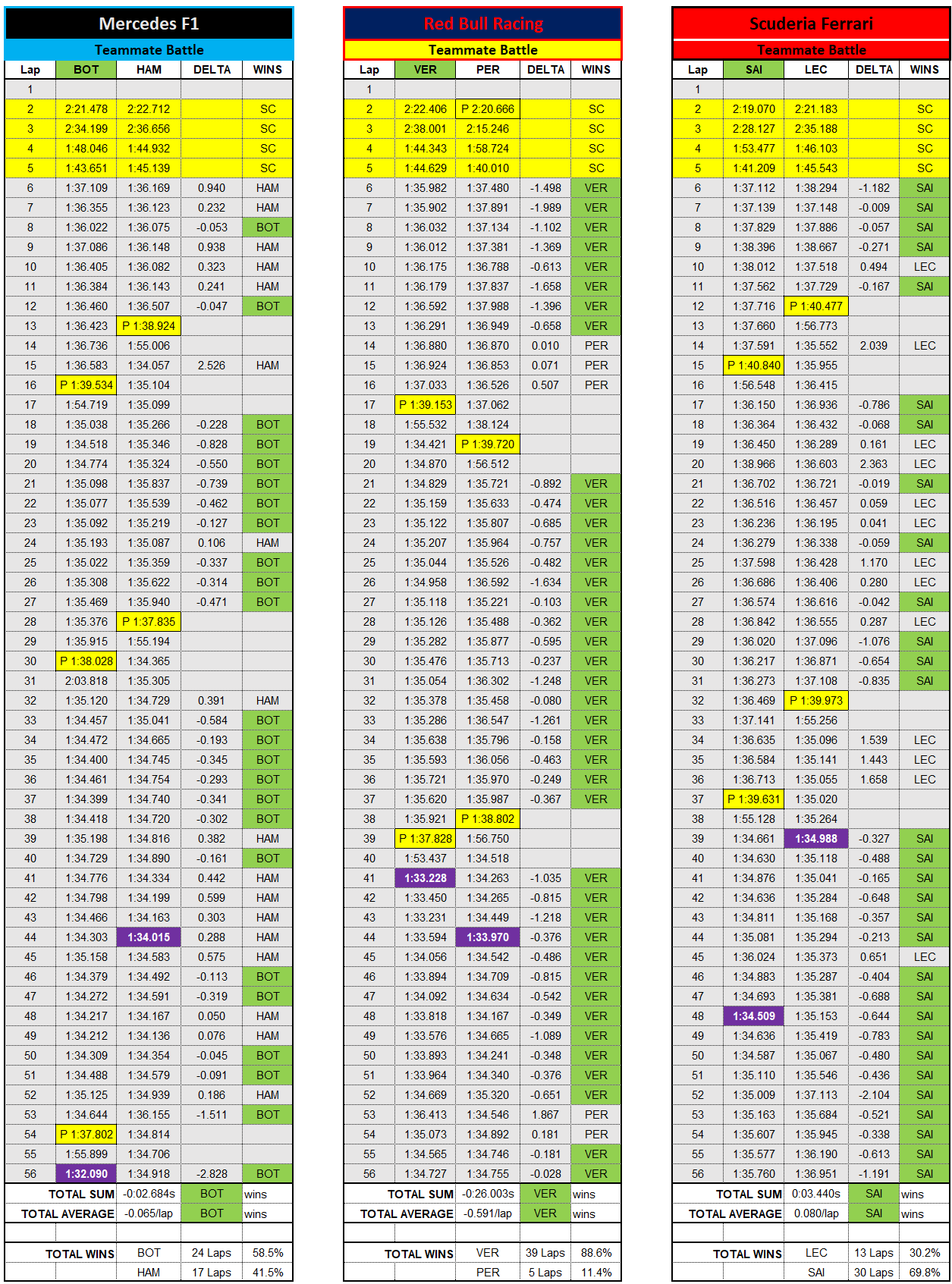 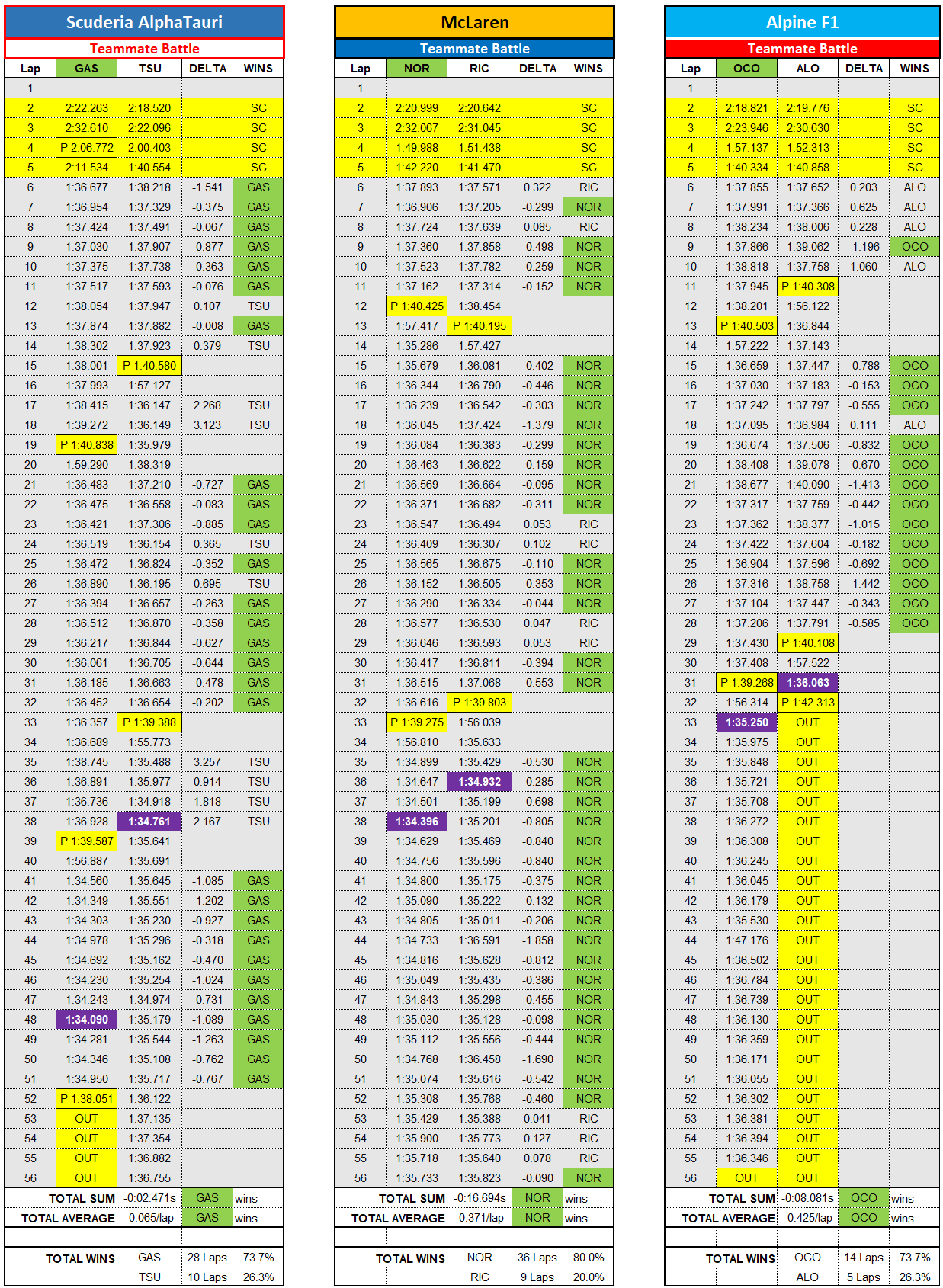 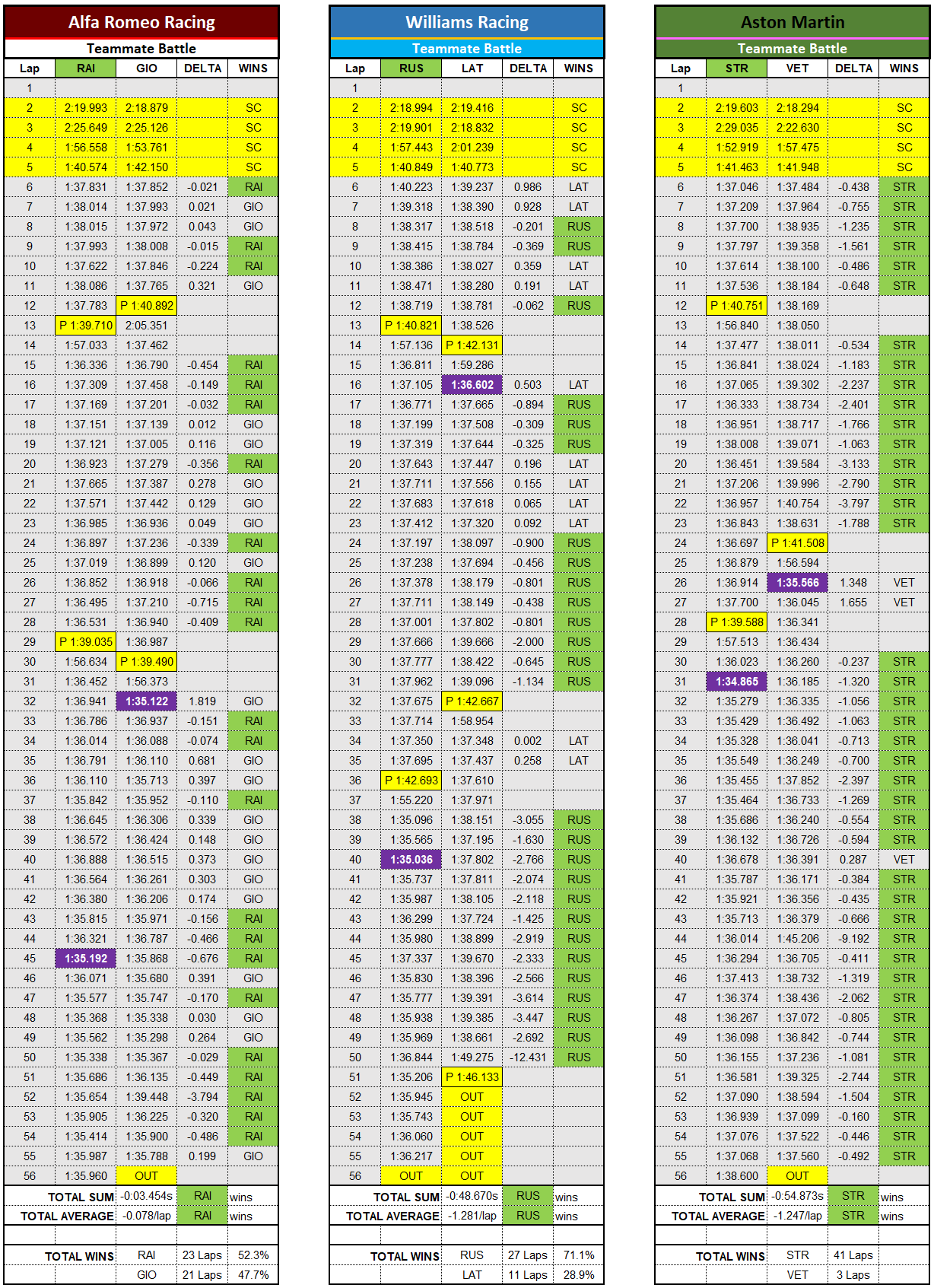