Vettel: I don’t feel at home in the car 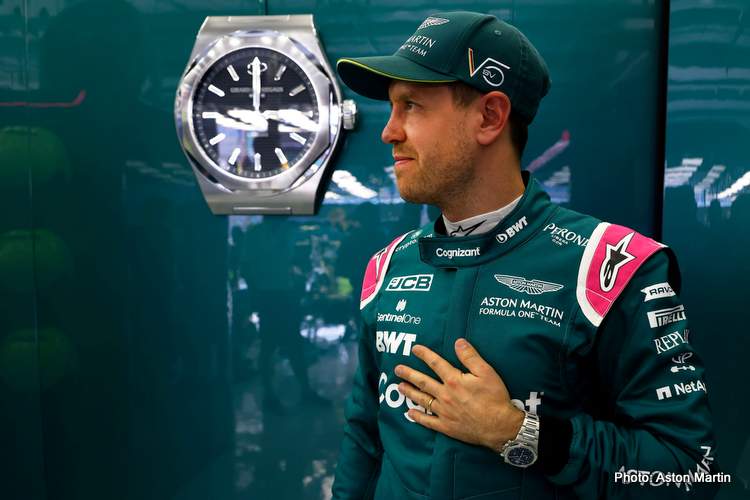 The change from Red to Green had absolutely no impact on Sebastian Vettel, in fact, he was alarmingly bad at the 2021 Bahrain Grand Prix, arguably the worst drive of the night at the season-opener.

Perhaps only the out-of-his-depth rookie Nikita Mazepin had a worse weekend than the four times F1 World Champion.

The rot began in earnest during qualifying when Vettel failed to make it out of Q1 in his debut for Aston Martin. He was eight tenths shy of Lance Stroll in the sister car, one and a half seconds down on the top time set by Red Bull’s Max Verstappen during the first stanza of qualy.

A day later, after a strong start in the race, in which he made up several places, things spiralled out of control as the #5 Aston dropped down the order before he pranged into Esteban Ocon’s Alpine – an inexplicable moment for a driver of such experience.

To add insult to injury, Vettel then blamed Ocon for blocking him, when no such thing happened.

It was simply another glaring error from a driver whose list of mistakes has grown since that fateful day at the 2018 German Grand Prix when he crashed while comfortably leading his home race at Hockenheim.

Since then, has he really been the mighty driver he once was?

After the forgettable debut for his new team at Sakhir, Vettel admitted: “I don’t feel at home in the car. Many things are fighting against me so that I cannot concentrate on driving. There are a lot of things that we have to take care of.”

He then complained: “Some of the others were two seconds faster.”

In the team report, he added: “It was quite a tricky race. We tried to do something different with the strategy – by stopping only once – but it did not pay off in the end. I think we made the right decision to try it, but by the end of the race, my tyres were falling off the cliff.

“The start of the race was strong: I made a good start and I was well positioned after lap one. But it was not easy to make progress after that. I picked up a small flat spot and we had to extend the first stint to try and make the one-stop strategy work. In the end, it just wasn’t possible to score points today.

“Even though it has not been the best weekend, we have continued learning together and understanding where we can improve. There is definitely the potential to take some good steps forward in the races to come,” explained Vettel with no mention of his rookie-like clash with Ocon.

Team principal Otmar Szafanuer added: “Sebastian’s race was always going to be tricky with having to recover from the back of the grid and we switched him to a one-stop strategy to give him the best chance of scoring points.

“In the end, it was too much of a stretch and his tyre performance fell away quicker than we had anticipated. We will take the positives and negatives from the first weekend of the season and work hard over the next few weeks to be more competitive at the next race in Imola.”

Again no mention of the Ocon crash. Only in the team report was there a brief paragraph: “An unfortunate collision with Alpine’s Esteban Ocon at Turn One on lap 45, combined with fading tyre life, ended any hopes of finishing the top 10, going on to finish 15th.”

As much as they try and hide the fact that Vettel was below standard over the course of the weekend, the reality is he keeps making mistakes unbecoming of a driver with 258 starts in the top flight, and 53 victories on his CV.

Last year it was acceptable to blame Ferrari for the German’s woes, as the Italian team did him no favours with a tortoise of a car and the polemics of divorce that followed at Maranello.

Lawrence Stroll’s ambitious Aston Martin project was meant to galvanise Vettel into finding his old self, but after one round it is clear that their 33-year-old driver, now in Green, has still not found his mojo and may well have lost it forever.

There are always positives. 💚#SV5 debriefs his first race in green. ⬇️#BahrainGP pic.twitter.com/Vcx6w6b8jv