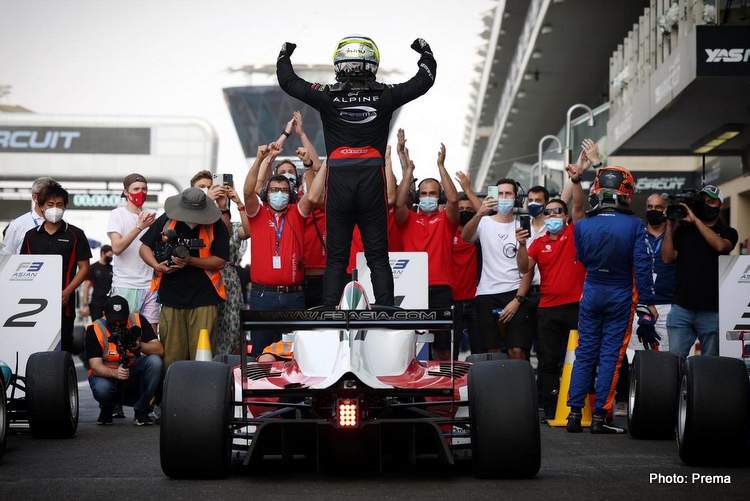 Alpine junior and Formula 2 driver Guanyu Zhou wrapped up the 2021 Asian F3 championship on Saturday, winning the final race of the season at Yas Marina Circuit in Abu Dhabi.

About to enter his third season at the F2 level, the man aiming to become the first Chinese driver to reach F1 completed his preparations for the campaign with a win from pole position to seal the title ahead of Frenchman Pierre-Louis Chovet.

Zhou was considered as an option to replace Daniel Ricciardo following his switch from Renault to McLaren, but the Enstone-based team opted to sign Fernando Alonso for a third spell.

However, they remain keen on getting the 21-year-old to F1 sooner rather than later, with Alpine programme director Mia Sharizman confirming earlier this month that they are in conversations about finding him a drive for 2022.

The F2 season gets underway in Bahrain next month, with the feature race scheduled for March 27 and the sprint race set to take place a day later prior to the first Grand Prix of 2021.

What a way to kick off my season, thanks to my team @AbuDhabiRacing1 by @PREMA_Team , WE DID IT!
🥇🇨🇳😆 #车手周冠宇