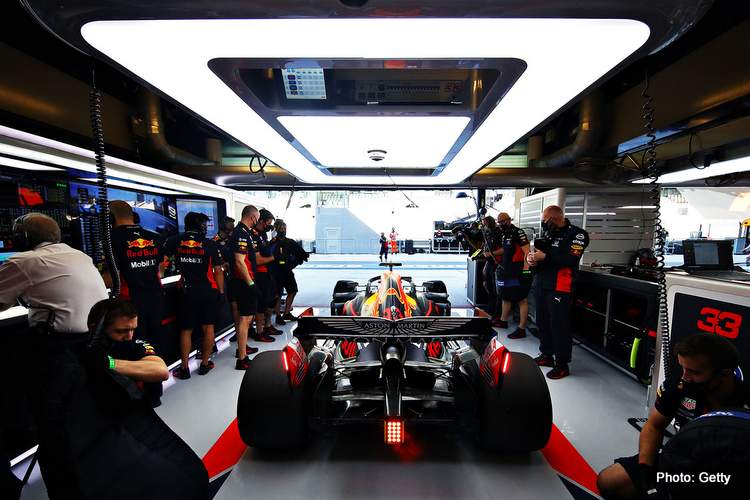 Max Verstappen led Alexander Albon in a Red Bull one-two in the final practice session of the Formula One season at the Abu Dhabi Grand Prix on Saturday, as dominant Mercedes found themselves in unfamiliar territory.

Daniel Ricciardo was third for Renault with his teammate Esteban Ocon in fourth.

World champion Lewis Hamilton, back in action after missing last week´s Sakhir Grand Prix due to COVID-19, was the lead Mercedes in sixth, 0.761 seconds slower than Verstappen.

Team mate Valtteri Bottas, who had set the fastest time on Friday, was ninth.

Mercedes, running a special livery with the names of about 2,000 team personnel on their cars, have taken pole in Abu Dhabi every year since 2014. They have started every race but one this season from the front of the grid.

Hamilton indicated on Friday that the Brackley-based team, who this year wrapped up a record seventh straight title double, could use Saturday´s hour-long session to run their cars on higher fuel loads, suggesting normal order could be restored come qualifying.

Lando Norris was fifth for McLaren ahead of Hamilton, who has wrapped up a record-equalling seventh title.

Lance Stroll was seventh for Racing Point ahead of Carlos Sainz in the other McLaren.

Sergio Perez, winner in Sakhir last week who is set to start Sunday´s race from the back of the grid thanks to engine-related penalties, rounded out the top 10 for Racing Point.

George Russell, who stood in for Hamilton in Sakhir and nearly won the race, was 15th on his Williams return behind Sebastian Vettel who took part in his final practice session for Ferrari. 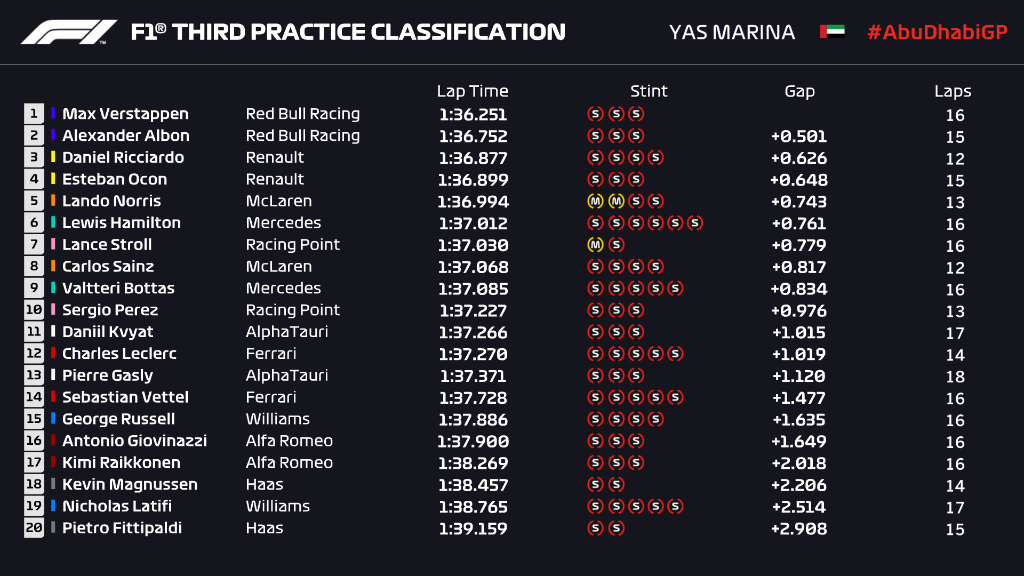