Binotto: I don’t want to speak of crisis or tension 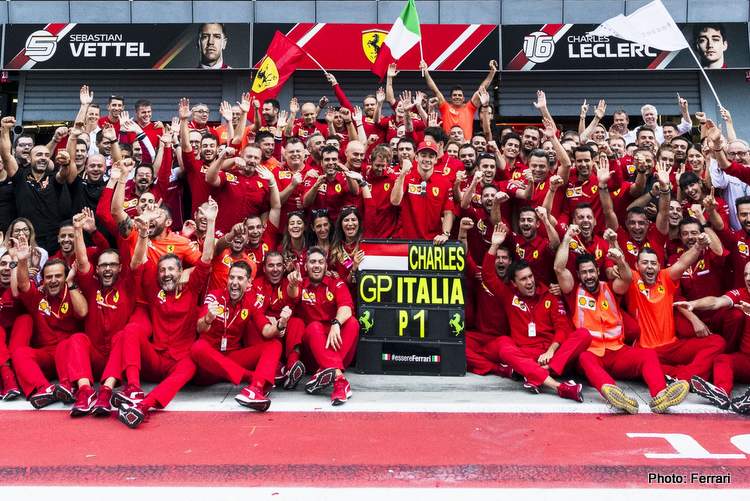 While all around the chaos of incompetence reigns, Ferrari team principal Mattia Binotto claims there is no crisis or tensions at Maranello in the wake of their dismal 2020 Belgian Grand Prix weekend, after which they were cruelly pilloried on social media.

The sub-par performance by their excellent driver Charles Leclerc and four-time F1 World Champion Sebastian Vettel brought about by the incompetence of the failed SF1000 project, has dominated headlines since the chequered waved at Spa-Francorchamps on Friday afternoon.

The fallout and criticism has been relentless, Binotto acknowledged the defeat in the team report, “On a track that requires aerodynamic efficiency and power, we were severely lacking in both. Charles and Sebastian did their very best, both yesterday in qualifying and today in the race, but we couldn’t even get into the points.”

To Sky Italia, the Ferrari engineer added, “In this storm, we all have to take responsibility, myself as team principal, and also every employee in Maranello. We are all in the same boat, and despite the storm we are a team that works in a united way.

“I don’t want to speak of crisis or tension. There is certainly bitterness, frustration, in me first and foremost but we have to transform all this frustration into determination. It is a difficult period, we have to look at what has been done but above all at what we need to do.”

Tensions are already in the Red garage by default with departing Vettel a hot potato, and even he is calling for level heads.

“We need to stay calm, not get frustrated as being frustrated doesn’t take you anywhere,” urged the German in his post-race report.

And a bewildered Leclerc, with long-term interests in the team, adding, “We have to stay united, react and work hard to come back to where we were before.”

It does not take much reading between the lines and decipher that the drivers are warning that the Maranello powder-keg is only needing a spark to explode in this unprecedented chapter of the fabled team’s storied history.

Now, for the second leg of this triple-header, the F1 circus heads to Monza this weekend and Ferrari’s home race where, again, big power is rewarded.

This time last year, when they had serious horsepower in ‘mysteriously’ big dollops, Charles Leclerc qualified on pole at Monza and the next day drove the Tifosi wild to score the team’s first home victory (pictured above) since Fernando Alonso won their 2010 race for them.

This year at the forthcoming Italian Grand Prix, the drivers are likely to struggle to get a car into Q3, while exiting Q1 is no guaranteed based on the performance deficit so obvious at Spa. Ferrari should be relieved that the race will be without fans, a riot might erupt if they performed this way on home soil.

Binotto is of course well aware of the latest shortcomings, “Spa is a power track, and so is Monza, so racing just a week later won’t be easy. There will be a new technical directive, which will block engine qualifying mode, I’ll be curious to see how will affect qualifying, it shouldn’t change much in the race.

“We will have our own specific package but there are no illusions, at this stage, we must try to make the best that the car offers. Fighting where we fought in this race is not justifiable,” concluded Binotto.

Ferrari, who have yet to win a race this year, are fifth in the F1 constructors’ standings, 203 points down on leaders Mercedes after seven rounds.