Ferrari bashing becomes a sport after flop in Belgium 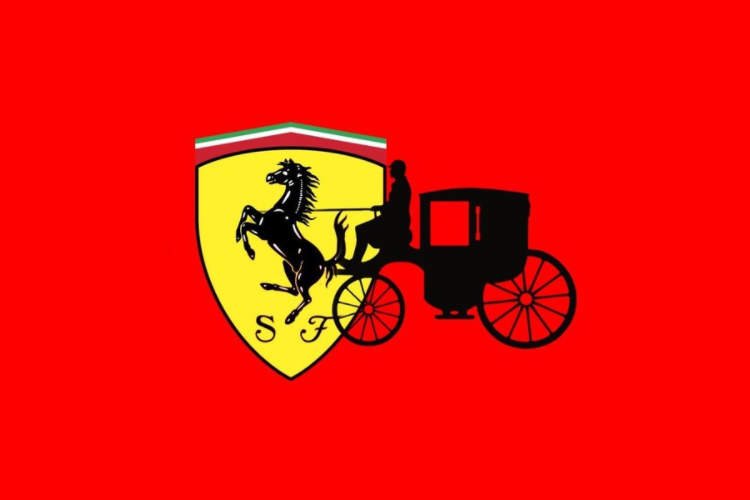 Mockery and abuse is being flung at Ferrari in the wake of one of their worst performances this century, at the 2020 Belgian Grand Prix – the team that won the race 12-months earlier – were 13th and 14th, woefully off the pace.

Memes on social media were already gathering steam after Friday’s revelation that the toothless SF1000 was going to be totally out of its depth at the power-hungry Spa-Francorchamps. And indeed it was, 1.7 seconds off the benchmark pace in qualifying meant no Q1 for Charles Leclerc and teammate Sebastian Vettel.

In the race it was no better, they ended in similar positions to where they started, in too-close-to-the-back oblivion, leaving the venue where Leclerc won last year empty-handed. Thus off to the social media pillory it was for the Scuderia, with team boss Mattia Binotto a wrath magnet.

The writing has been on the wall for some time as the secret deal with the FIA seriously castrated their PUs, the Ferrari ball-and-chain also dragging down their customer teams, Haas and Alfa Romeo whose Kimi Raikkonen beat both the Red cars on Sunday. Talk about Karma!

As part of the never-ending freefall of these sport’s most supported team, the performance in Belgium this weekend broke the floodgates of disdain, and a fresh torrent of memes hit Twitter shortly after the race ended on Sunday and has yet to stop.

A random selection of the choice ones: 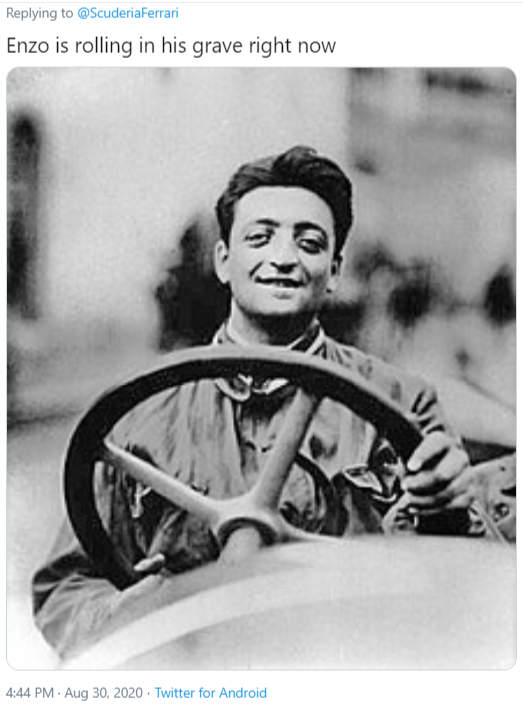 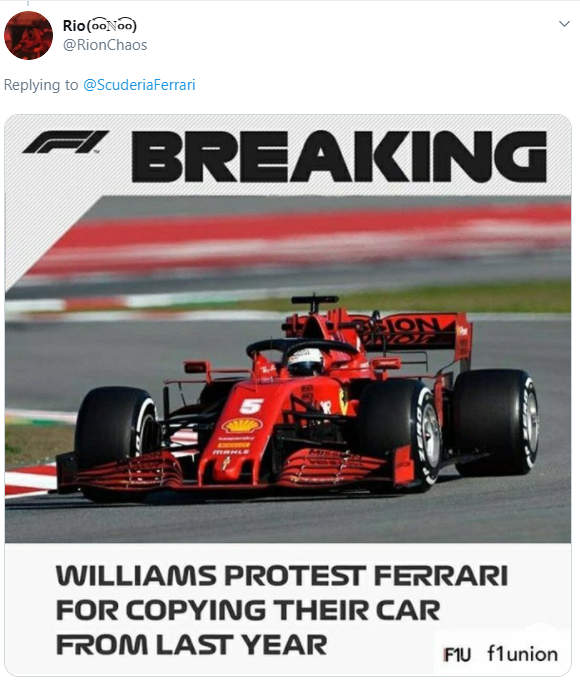 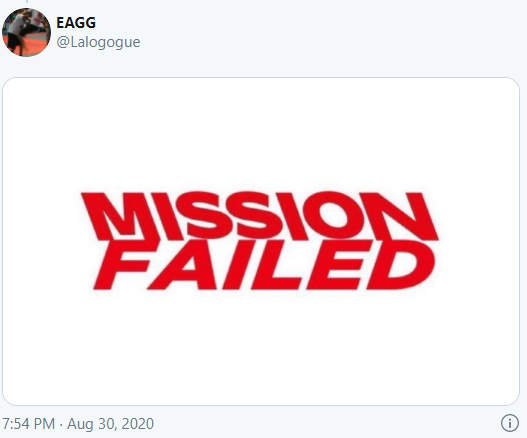 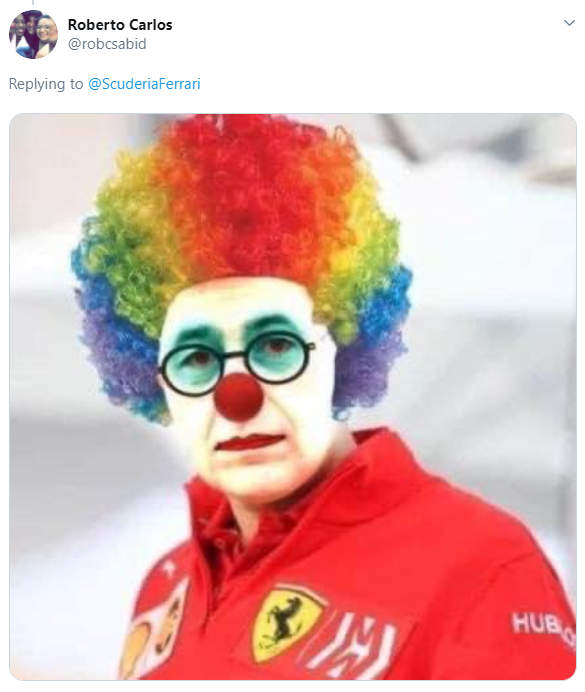 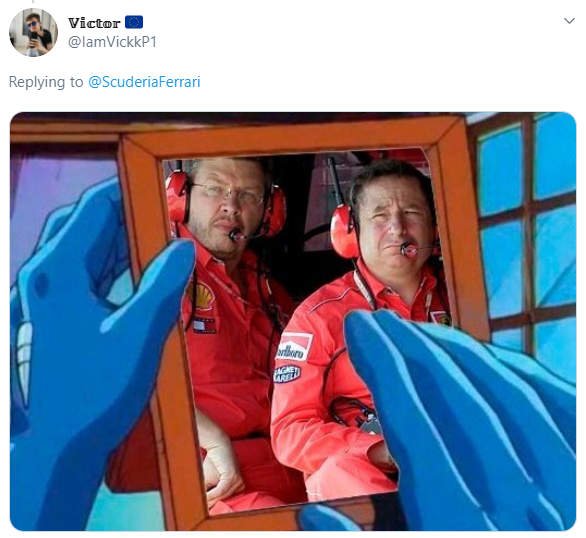 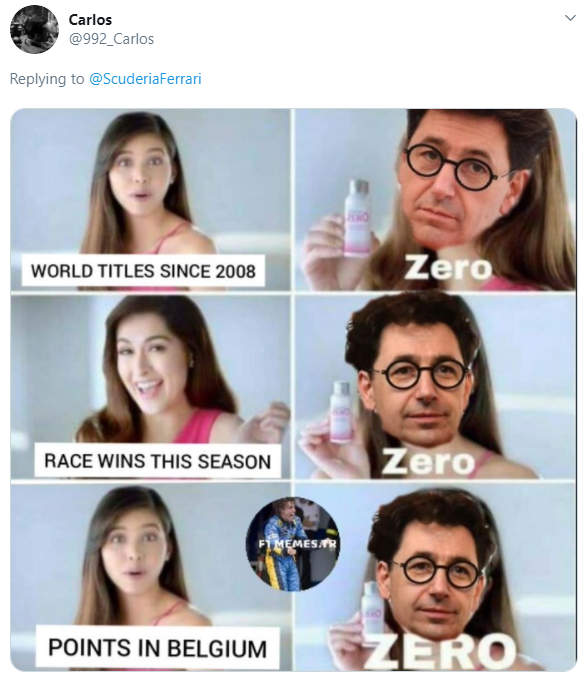 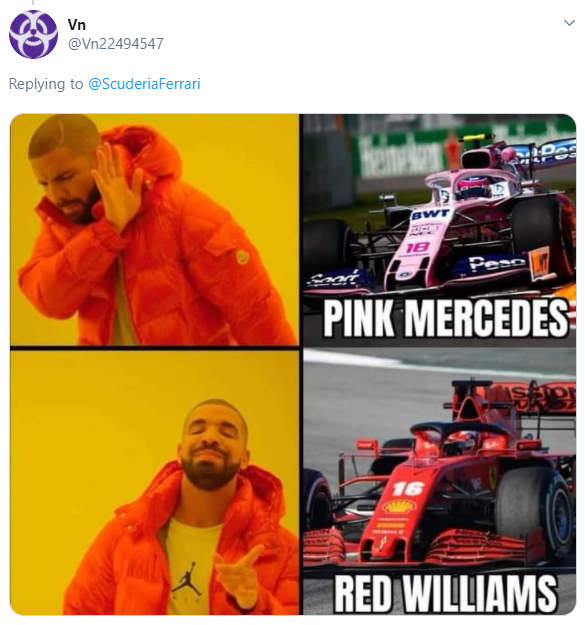 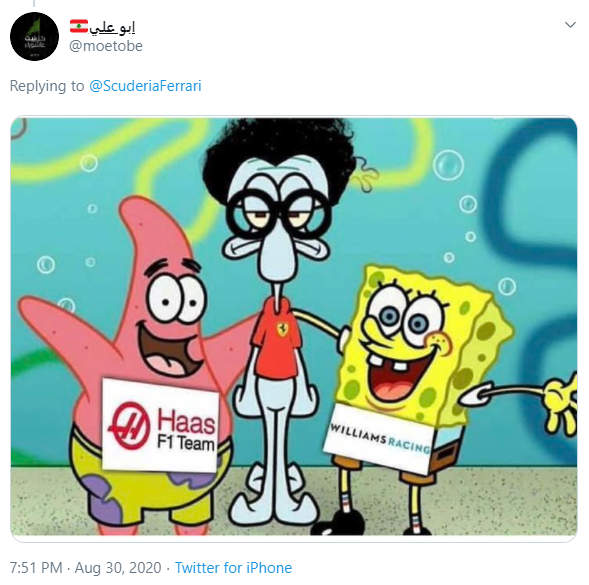 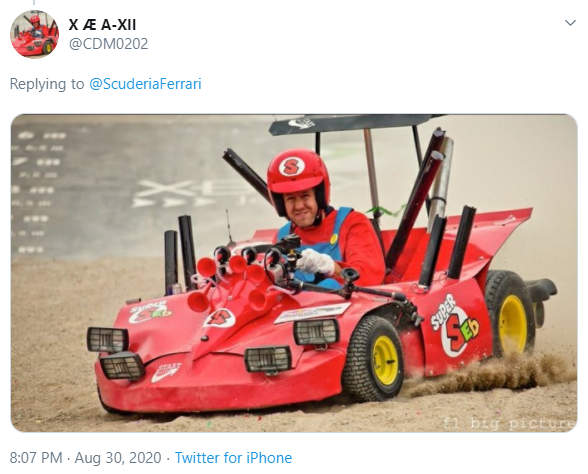 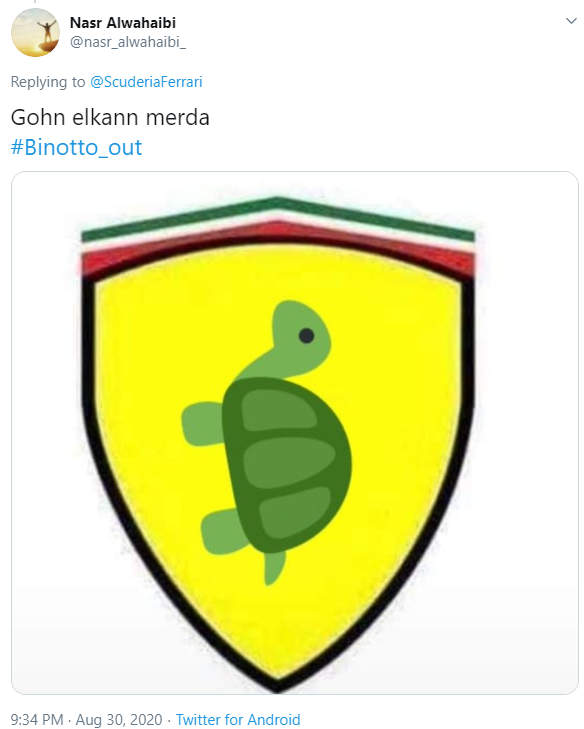 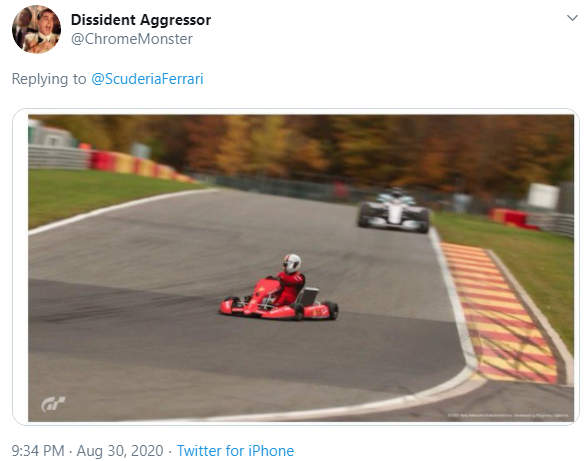 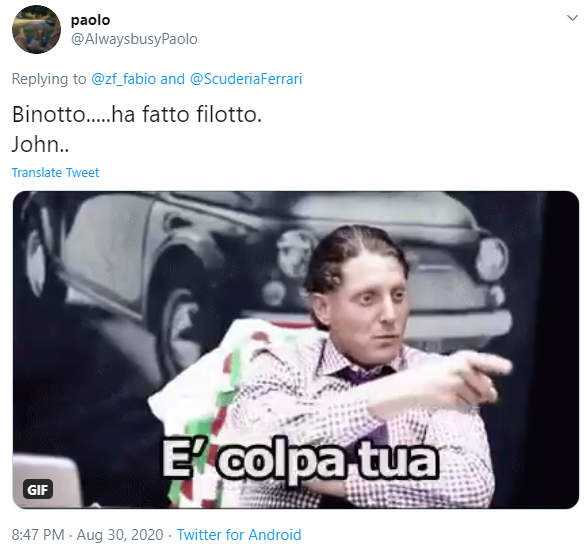 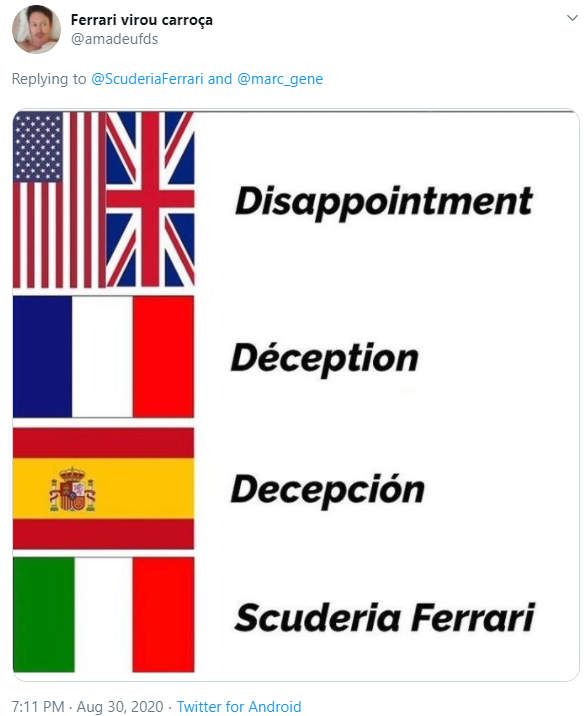 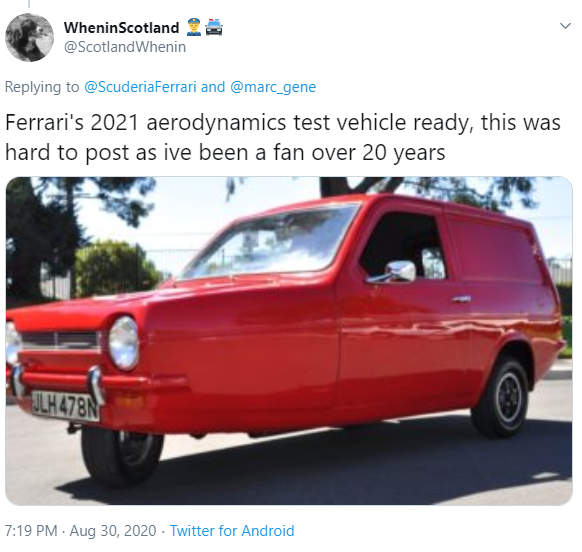 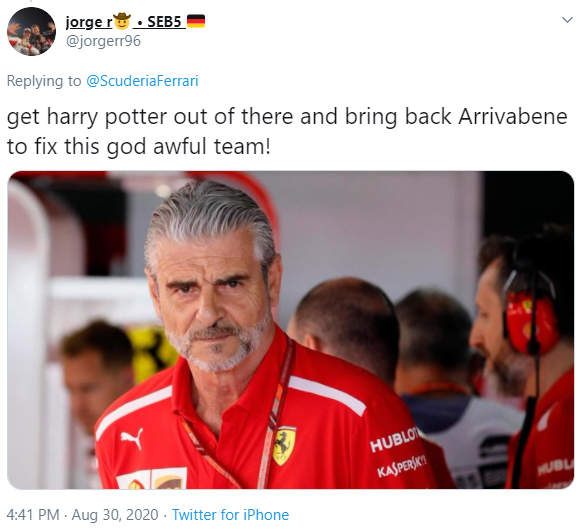 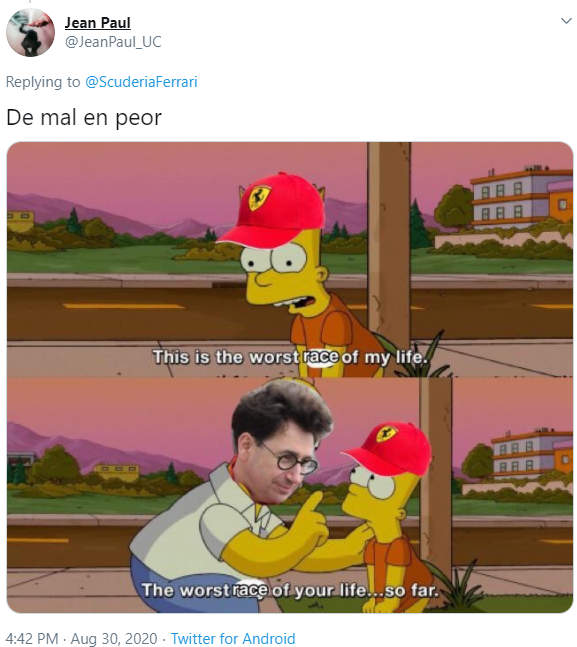 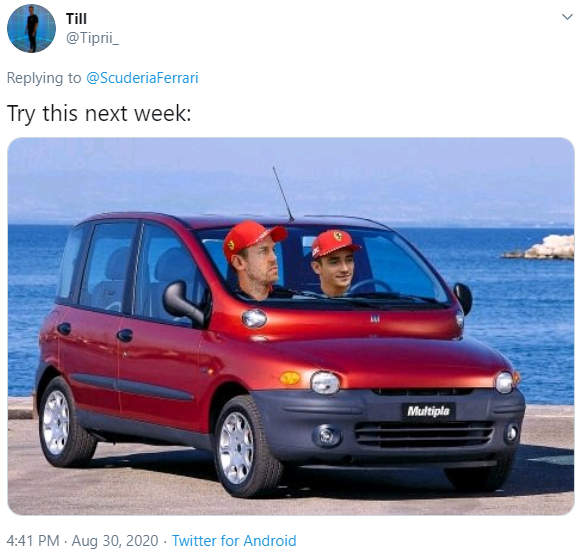 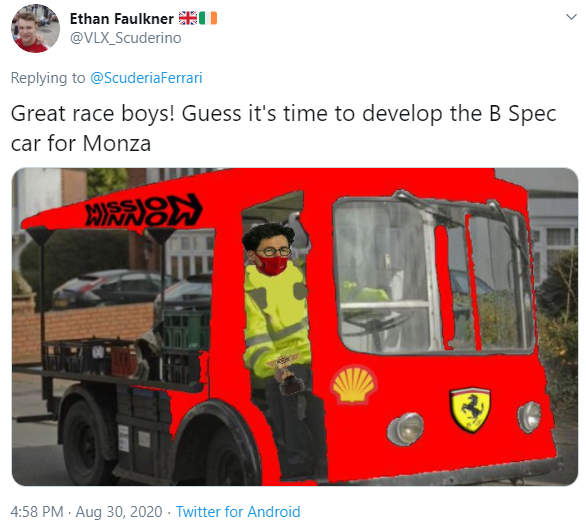 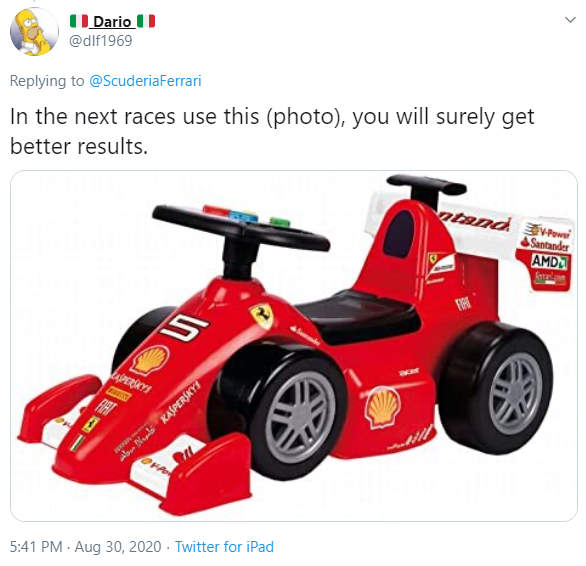 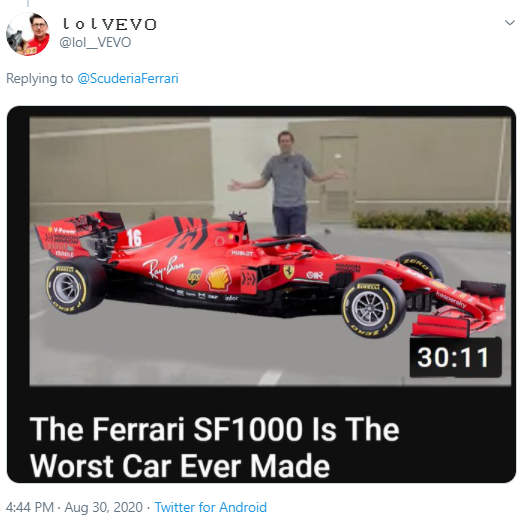 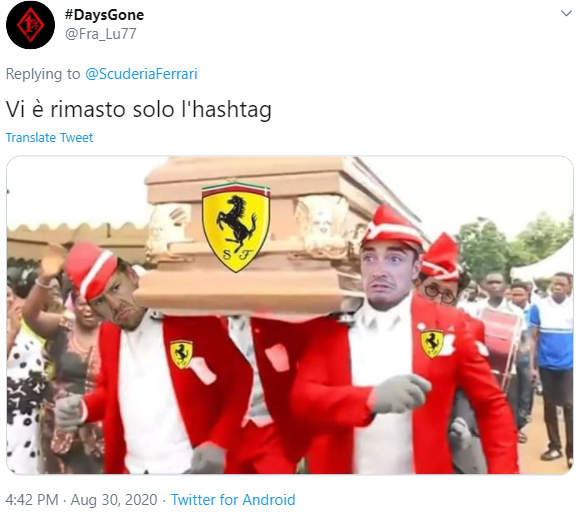 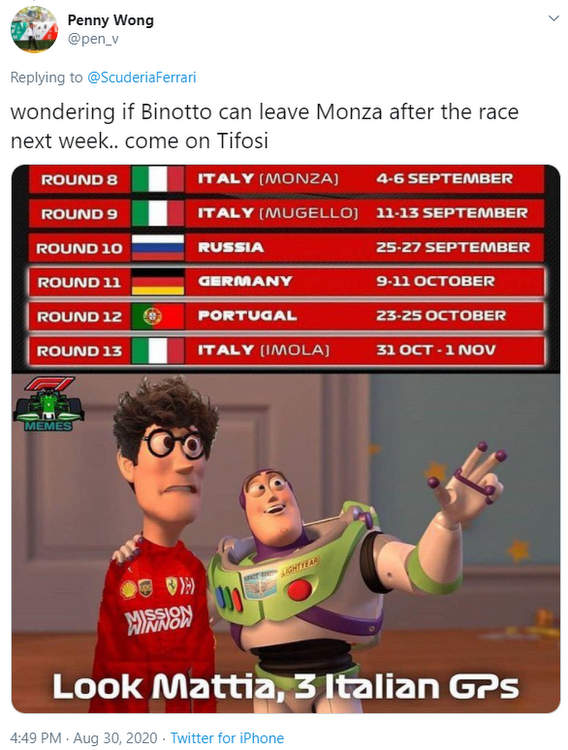 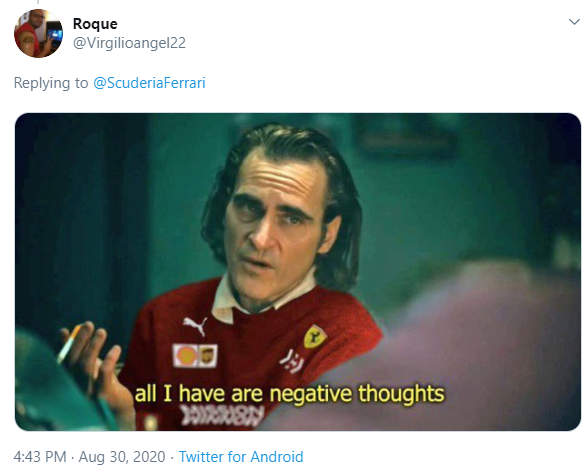 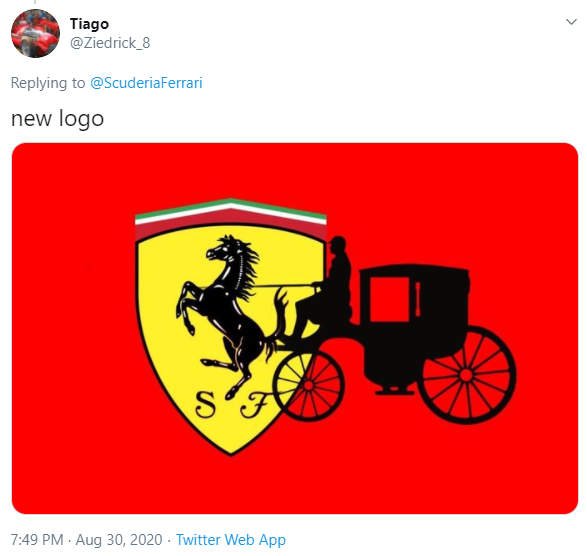