Renault: Not where we expected to be in qualifying 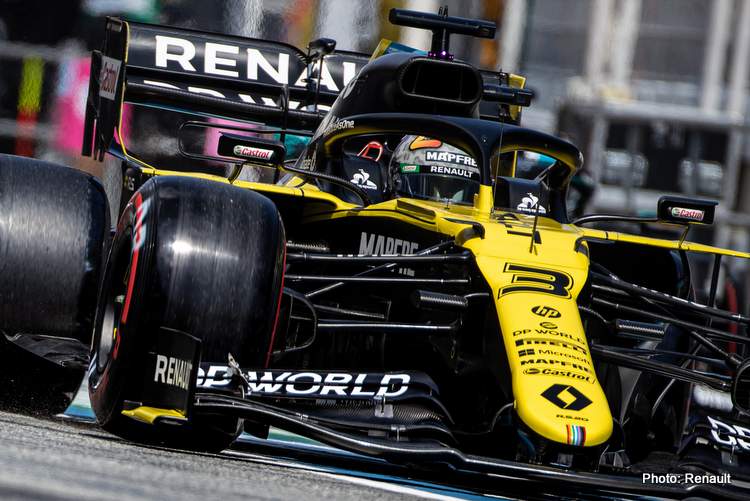 More was expected from Renault than timid submission in Q2 during qualifying for the Spanish Grand Prix in which Daniel Ricciardo and Esteban Ocon finished 13th and 15th respectively.

On Friday, after Ricciardo ended the day fourth fastest there was cause for optimism, but when it mattered the French team were found wanting.

First, Ocon did them no favours with the bizarre crash late in FP3 which had his mechanics scrambling to get his car ready for qualifying. When things got going the firepower was not there and as a result, Daniel was only good for 13th and Esteban 15th.

Renault sporting boss Alan Permane reported, “It was not a good day and certainly not where we expected to be in qualifying after a strong showing at the last couple of races. We have got a lot of work and thinking to do overnight to try and understand our pace deficit. Having said that, it’s a tough race here and it’s going to be very hot.

In Spain, the Renaults have been three-tenths down on their customer-team, McLaren; the difference between being at the sharp end of the midfield or the wrong end of it, which is where Daniel and Esteban will start tomorrow.

Ricciardo reported afterwards, “It was a shame that it was so close out there and we only have thirteenth place to show for it. When you miss out by such a little margin, it’s a shame as it could be the difference between four spots on the grid.”

Ocon added, “On a positive note, the mechanics were incredible. After the unfortunate incident in FP3, the car was badly damaged and, in under two hours, they managed to put it back together. It was a fantastic effort so a big thanks to all of them.”