Di Montezemolo: Very delicate with Vettel but Ferrari need him 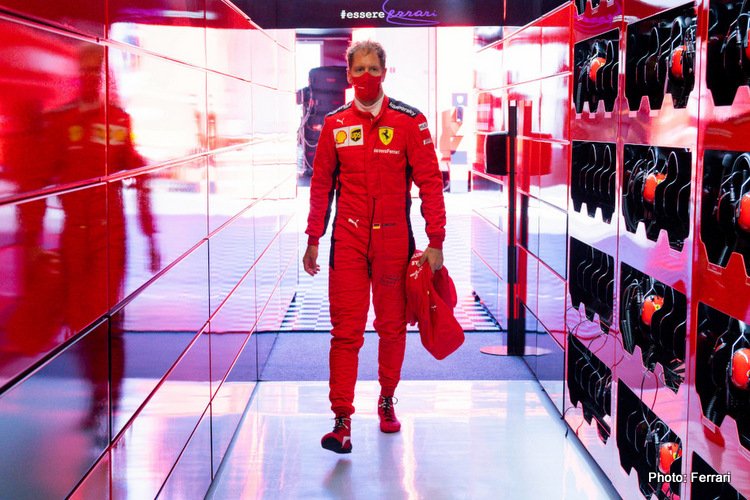 While some are predicting Sebastian Vettel will leave Ferrari before the end of the season as tensions between driver and team have struck an all-time low as the Reds struggle to be competitive in this final season together.

The ill-advised early announcement that Vettel was out at the end of the season and, not long after it, the news was made public that Carlos Sainz would be joining the Italian team. Seb had been unceremoniously dumped, made redundant, by the Reds.

From that point on the German has been aggrieved, openly surprised by the news he was being off-loaded, the relationship went south, to the point that now he has questioned his team’s strategy during the 70th Anniversary Grand Prix, in which he rendered himself out of contention with a clumsy Turn 1, lap one spin.

He recovered but was never going to make points in a race of low attrition, however later in the race he aggravated the situation by publically berating his pitwall for “messing up” when, in fact, Vettel himself compromised the strategy with his early error.

As matters look set to worsen, former Ferrari president Luca Di Montezemolo has urged the Scuderia to tread with caution when dealing with their departing driver and told RTL, “It is a very delicate time with Sebastian, but Ferrari need him, they need his points

“I hope everyone in the team helps him in these times because he is a Champion. I don’t know exactly how things stand within the team, but I hope both drivers are treated equally and fairly. I see no reason not to.

“Even in my day there were difficult times that had to be faced with the drivers,” he recalled. “I think of Eddie Irvine or Rubens Barrichello. The important thing, however, is to clarify everything in private, not in front of the media.

“In this way, the drivers make most, and the best, from every possible position. In addition, it is essential to remove any kind of doubt when something contentious arises.

“But – I repeat – I am now totally out of the Ferrari environment: if you go to the Ferrari museum, you will hardly see a photo of me.” quipped the man who orchestrated the great Niki Lauda era at Maranello and then was boss when Michael Schumacher broke every record with the team.