Binotto: Sainz can be world champion 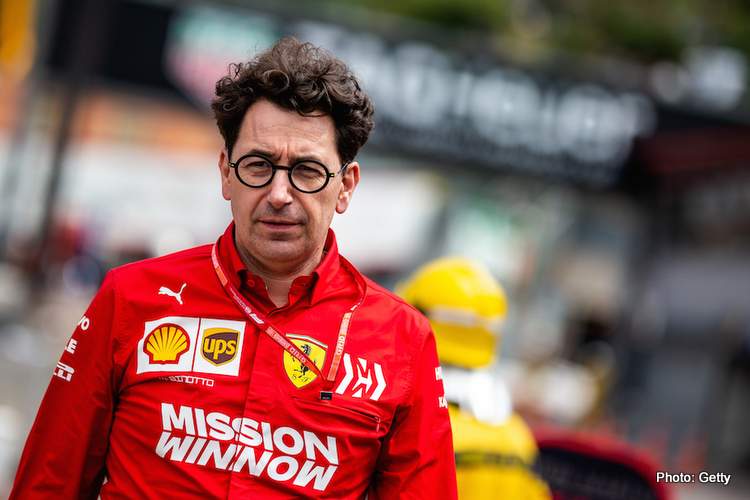 Carlos Sainz will be able to contend for a championship at Ferrari even with the team committed to its future with Charles Leclerc, says Mattia Binotto.

The arrival of Sainz, who will be joining the team from the 2021 Formula 1 season as a replacement for Sebastian Vettel, has been speculated to be a sign of Ferrari’s commitment to Leclerc as its lead driver for the foreseeable future.

And while Binotto expects the Spaniard will need some time to get acclimated to life at Maranello, he does not rule-out the possibility of him entering the title race at some point.

“I think the first year will be more complicated because he must first understand the car and the team,” Binotto told Marca. “That is why we have not signed a one-year contract with him, but I know he’s very fast, so he can definitely be world champion.”

At the same time, Binotto admits that Leclerc has a place of great importance at the Scuderia, going so far as to consult the Monegasque on Sainz’s hiring.

“It is important to me that he is involved in these decisions, to have his feedback,” he said.

“Charles is our investment, part of the future of our team, so he was aware, yes.”

“We have invested a lot in Charles, yes, many years, from F3, F2 and now F1, where the process continues and we hope that this year will be even stronger than the past and even stronger in the future, that’s why we renewed his contract for so many years [until 2024].

“Charles is a driver that Ferrari can count on for the future trying to develop as much as possible and that he can become the strongest driver in the history of Formula 1.”

As to the question of how Sainz and Leclerc will behave on-track towards one another, Binotto maintains he has no major concerns, nor does he see the need to install a number one and a number two.

“I don’t think there will be rough moments between the two, everything will go smoothly, and if there is one, it is my job [to mediate], but you have to be positive.

“The first thing is to have two good drivers, team spirit is what is important, making sure that Ferrari comes first. And I think it will be the track itself that dictates who is first and who is second.

“It has always been this way even in the time of Michael Schumacher, who started every year at the same level as his teammate, but in the third race it was clear who was the first.”