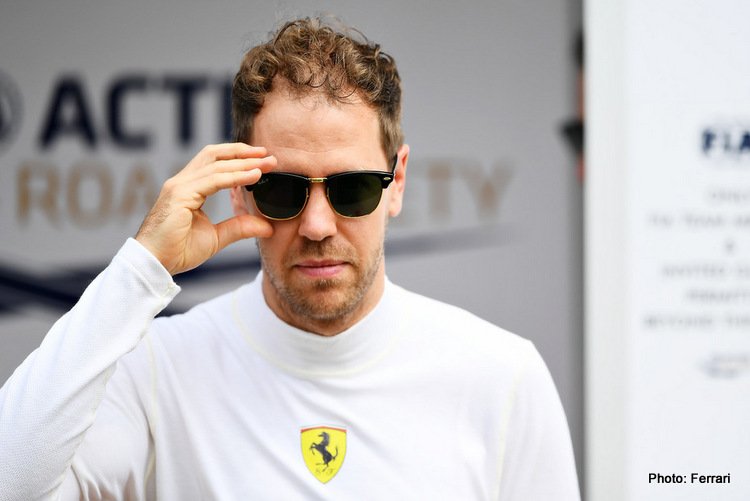 While the 2020 Formula 1 World Championship was ignited by Max Verstappen and Red Bull getting their sums right to beat the hitherto dominant Mercedes at the 70th Anniversary Grand Prix, which deservedly took centre stage.

But the Sebastian Vettel and Ferrari casino is a soap opera that is set to drag on as the divorce process has taken a sharp turn for the worse. Two weeks ago, during the British Grand Prix weekend, there was smoke as the German driver appeared to break rank for the first time since he joined them back in 2015.

This past weekend the tensions were palpable and Vettel more even more verbose as he let it be known things were not right at Maranello. Even Fernando Alonso was more subtle in his final days.

Ferrari media insider – Leo Turrini – did not miss the polemics that played out uncensored at Silverstone and wrote in his column after Sunday’s race, “We cannot be surprised. It was clear from May, when the divorce was announced in advance, that a difficult season was going to be consumed between Ferrari and Seb Vettel.”

It was clear from May, when the divorce was announced in advance, that a difficult season was going to be consumed between Ferrari and Seb Vettel. Betopin tips site was quick to notice how bookmakers slashed the odds for Vettel to leave Ferrari.

“It is happening as expected. Vettel seems disconsolate, almost resigned to a dead-end drift. On Sunday it was another example: an own goal at the start, a spin triggered by a curb; 12th in qualifying was not great, but after half a kilometre Seb was last.

“Now it is a question of understanding how the relationship between the parts can be developed. Ferrari, which cannot cultivate dreams of glory with this SF1000, does not want an early break. and neither does Vettel who collects around 40 million euros. But there are scenarios that cannot be excluded.

“It is known that I do not share the therapeutic persistence of some in his favour. These are the numbers: After five races, the German has less than a quarter of the points of his teammate. The car is what it is, for both of them.

“But the contest is getting embarrassing and in the sadness of losing his home, Seb no longer hides his mistrust of those who manage the team, as shown with his reference to the team’s strategy.

“There is nothing at stake, due to the disastrous limits of the SF1000. But Vettel would deserve a different departure and Ferrari would need a driver, alongside Carletto, with a different motivation.
I hope it is still possible, beyond the contractual dynamics.

“But I do not know,” concluded Turrini’s piece.

Jacopo D’Orsi of La Stampa echoed the sentiments of his colleague, “A storm was blowing at Silverstone, where for once (and a double GP) it did not rain.

“Instead it has been raining for some time on Sebastian Vettel, is increasingly a bad copy of the four-time F1 champion who arrived in Ferrari in 2015 to try and repeat Schumacher’s exploits.

“Meanwhile, on the other side of the garage Charles Leclerc manages to take the team into the top three in the constructors’ championship.

The German committed another serious error, wheels on the grass at the start and a spin, and then fueled the controversy with his provocative soundbite on Saturday – “Whatever we do seems to go against a wall” – which already said a lot,” added D’Orsi.

Other Italian media reaction to the crisis at Marenello:

Money.it: “It seems clear that Ferrari’s choice to announce Sebastian Vettel’s departure before the start of the season was a bad decision. The strong tensions that have occurred between Ferrari and Vettel could push the German to an immediate farewell.”

F1World “A half spin right at the start compromised an already complex race right from the outset, rendering the German to the back of the field. He compromised his own race at the start; it was not the planned strategy.”