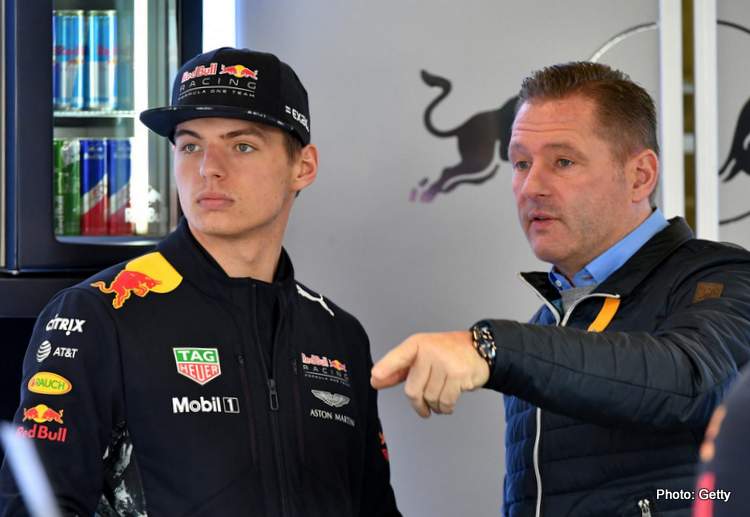 Max Verstappen has managed to get in the heads of Formula 1 rivals Lewis Hamilton and Sebastian Vettel, says the Dutchman’s father, Jos.

Speaking in a wide-ranging interview with De Telegraaf, the elder Verstappen made the claim that his son’s aggressive driving style has caught the attention of not just fans, but his fellow drivers as well.

“People often forget that Max often had to take more risks, because he was in a slower car than Hamilton, for example. Max always drives at the cutting edge,” he explained.

“That’s what people want to see. Vettel and Hamilton get a bit nervous when he drives behind them. Isn’t that nice?”

Yet to even contend for a title while the pair have ten combined, Verstappen nevertheless ranks highly in the estimation of many onlookers, and has not shied away from such comparisons himself.

Earlier in the year, the 22-year-old had grabbed headlines when he argued “Lewis is good, but not god”, comments the Mercedes man labelled as a “sign of weakness”.