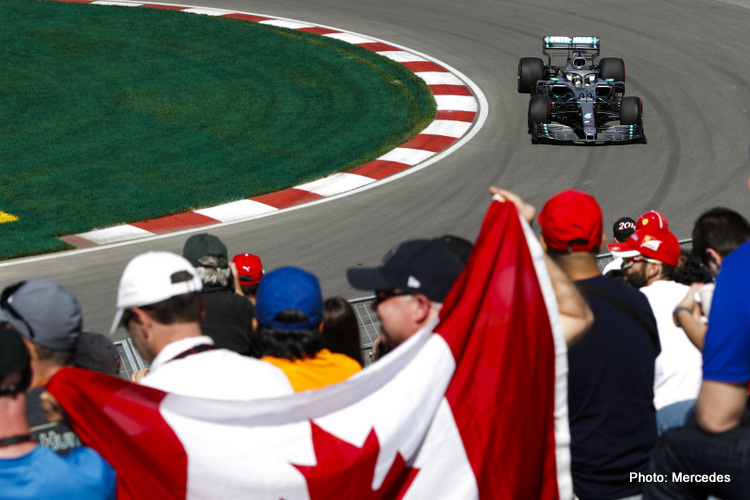 The Canadian Grand Prix’s chances of going-ahead as currently scheduled remain in the balance, according to race promoter François Dumontier.

The race, which is currently set to be the opener of the 2020 Formula 1 season, is under a cloud of uncertainty due to the ongoing COVID-19 pandemic, with Dumontier putting the chances of it happening on its planned June 14 date as “50-50”.

However, as Dumontier explains, a decision does not need to be made for at least another month, as the Circuit Gilles Villeneuve requires less preparation than other “street” circuits like Monaco and Baku.

“If we have an announcement to make, we will make it between Easter and May 1st. In fact, we’ve agreed on that time with Formula 1 because that’s the latest time that I can start setting up the Grand Prix facilities,” he told Huffington Post Quebec.

“There are two possible announcements: the race will take place on June 14, or there will be a postponement. The Canadian Grand Prix will not be cancelled, but rather moved to the new reshaped schedule that [F1 CEO] Chase Carey wants to adopt. (…) That would be later in 2020.”

“You know, the Canadian Grand Prix is one of the three most popular, and ours, in the reshaped calendar, is considered a priority,” he asserted, adding that Montreal would only be cancelled outright if the entire F1 season is also.

That said, in the event the race does not go ahead as scheduled, Dumontier conceded it would not be as simple as moving it to any free weekend in the latter half of the year.

“You have to forget about the current F1 calendar altogether. Some countries are going to change dates, we’re going to have to make certain concessions, or accommodations. Obviously, we know that I won’t be able to present the Canadian Grand Prix in November in Montreal. It has to be within the months that allow us to do so…. We’d be talking more about late summer or early fall,” he said.