Bottas: A demanding year but also motivating and rewarding 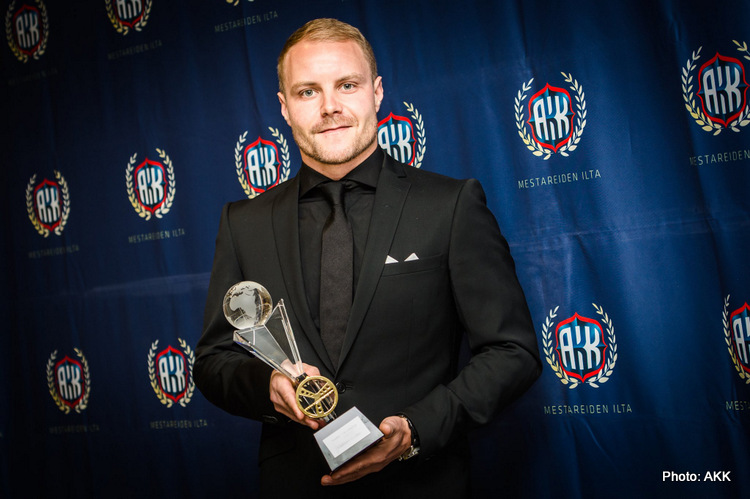 The Finnish National Automobile Sports Federation (AKK) has awarded Mercedes driver Valtteri Bottas their top prize of Athlete of the Year at a prize gala celebrated with a crowd of around 1,250 guests at the Lahti Fair Center.

Bottas finished second in last year’s Formula 1 World Championship campaign, his best result in the top tier in a season in which he scored more F1 points than he has ever done and helped his team to secure their sixth constructors’ title with teammate Lewis Hamilton claiming the title.

Announcing the award-winner the AKK said: “The career development of F1 driver Valtteri Bottas has made the Finn one of the country’s brightest representatives on the global stage.

“The Flying Finn driver showed in 2019 that his development curve at the pinnacle of the sport is still upward, and he was especially dazzling in the early part of season grip. Bottas scored 15 podium finishes, four times as a winner in the 21-round championship.”

Upon receiving the award in person, Bottas said, “The year was demanding, but also motivating and rewarding. The New Year is full of stronger fighting spirit, and of course great projects like the opening of the Rally Championship season next week in Rovaniemi.

“I am grateful to receive Car of the Year Athlete award and feel good celebrating it with the Finnish motorsport people here in my region,” added the 30-year-old.

The Mercedes driver will, for the second time, compete in this year’s Arctic Lapland Rally which takes place on 16 to 18 January. Last year he impressed with fifth-place last year in his debut in what was formerly the Rally of a Thousand Lakes.