Team of the Decade: Mercedes 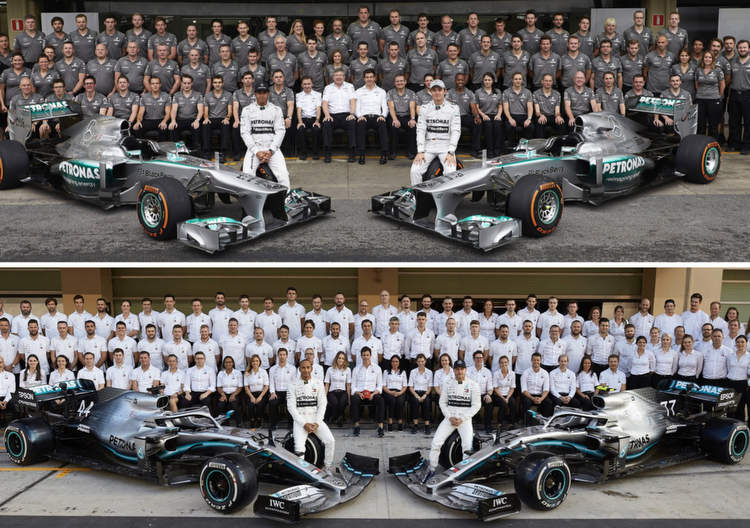 The early half of this past decade the blue of Red Bull dominated, but for past several years Mercedes have been the most dominant team of all time with 92 victories, 194 podiums and 12 titles. Enough said.

Again a close call between Red Bull and Mercedes, the Tram of the Decade goes to the latter on the strength of its capacity to hit back and that Mercedes has remained the team to beat throughout its time on top. Red Bull was a little more lucky in those four first years, whereas Mercedes made the sport its own.

A two-horse race given, well… we only had two teams win a championship, six beats four so Mercedes has to take it. That said, I’d argue the Silver Arrows has run a much tighter ship than Red Bull ever did regarding their personnel and has proven with turnover in their R&D department that they aren’t nearly as reliable on one man as the Bulls are to Adrian Newey.

You can’t lie with stats. Toto Wolff and Niki Lauda built the most powerful F1 team in the history f the sport and possibly the most expensive too. After they received an A+ for taming the new F1 hybrid turbo era rules. with their impressive PU, rivals were nowhere close in those early years.

Nevertheless, Mercedes went on to plough into the project unmatched resources, with it pushing that envelope of perfection time and time again while reaping the rewards during the second decade of the twentieth century.