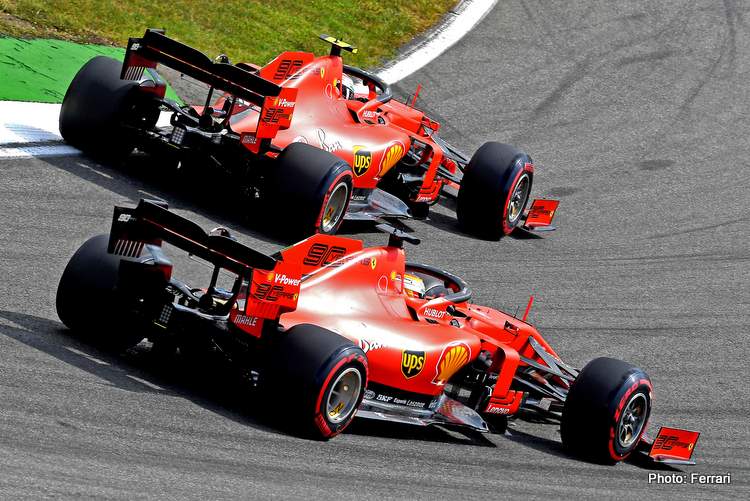 In the wake of the Brazilian Grand Prix he FIA has played down suggestions Ferrari’s fuel system has been confiscated amid cheating allegations that have wafted in the Formula 1 paddock since the United States Grand Prix weekend where Red horsepower went AWOL.

Questions were raised by Red Bull and Mercedes surrounding the legality of Ferrari’s 2019 power unit, a third technical directive has now been issued by the sport’s governing body.

It means that from 2020, a new sensor will be added to monitor whether teams are not breaching maximum fuel flow rules but it seems that the issue is not solely about Ferrari.

RTL claims that along with Ferrari’s, the fuel systems of a Ferrari-powered Haas and a Red Bull-Honda were also seized by the FIA in Brazil.

However, a spokesperson for the FIA told the German broadcaster that it is not right to say the fuel system was “confiscated” but rather a routine “check” and nothing out of the ordinary.

Interestingly, Max Verstappen was one of the first to suggest that Ferrari might have been cheating, thereafter the fall-out from the ill-advised comments was significant.

But they came back to haunt him after the Brazilian Grand Prix, which the Dutchman dominated in his Red Bull and where Honda enjoyed the upper-hand in the horsepower stakes, after which Lewis Hamilton and Sebastian Vettel cheekily suggested the new-found performance was “suspicious” in what was a clear tete-a-tete aimed at all concerned.