Hulkenberg: Move to DTM with BMW is fake news 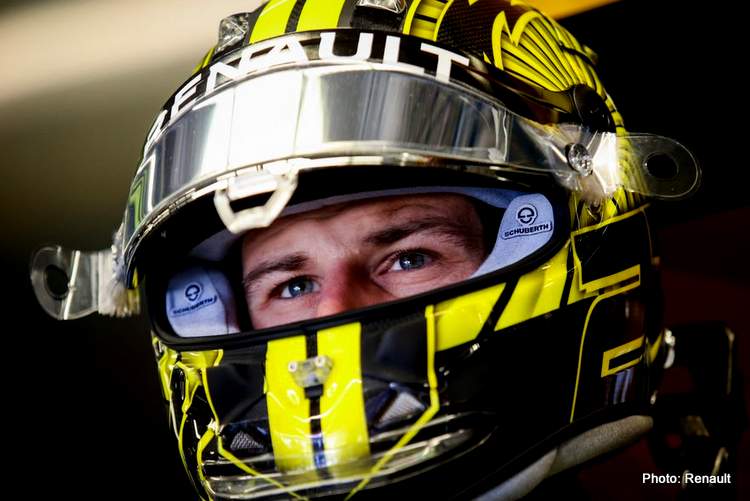 Soon to be out of work Renault driver Nico Hulkenberg has slammed as “fake news” reports he will be confirmed as a DTM driver for 2020 after yet another seat on the Formula 1 grid has been taken.

The German’s comments come as his last real option to stay on the F1 grid next year, the race seat alongside Kimi Raikkonen at Alfa Romeo, is filled as rookie Antonio Giovinazzi will remain with the team.

“Anotnio has emerged as a very quick driver, even alongside as tough a benchmark as Kimi, and we expect him to develop even further as his experience grows,” Alfa Romeo boss Frederic Vasseur announced on Monday.

Earlier, media reports by the leading Motorsport Network announced that Hulkenberg, 32, could be unveiled on Tuesday as a works BMW driver in the German touring car series DTM for 2020.

Commenting on that report on Twitter, Hulkenberg declared sarcastically in German: “Thanks for the update about my future. Perhaps less pot beating next time.”

Hulkenberg concluded the tweet with the hashtag ‘FakeNews’ and elsewhere in the paddock, he assured the media: “Trust me, there will be nothing on Tuesday.”

And Hulkenberg clearly answered “No” when asked if he has had talks with BMW. Auto Bild even asked BMW if there is any truth to the reports, and the German outfit also answered in the negative.

“Of course we would be happy if he came to the DTM,” he told t-online. “A great name and a seasoned driver like him would be great for the series.

“I’m curious about his future, so we are waiting. But we would welcome him with open arms,” Glock added.