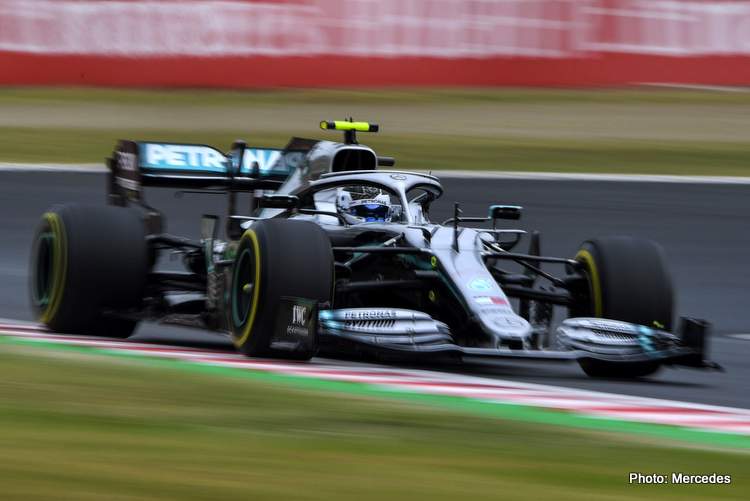 Valtteri Bottas edged Mercedes teammate Lewis Hamilton to the fastest time in opening practice for the Japanese Grand Prix on Friday, a session overshadowed by news that qualifying has been moved to Sunday due to Typhoon Hagibis.

Formula 1’s governing body said earlier on Friday that race promoters and the Japanese Automobile Federation had decided to cancel all practice and qualifying sessions scheduled for Saturday due to the typhoon’s approach.

In Friday’s practice, Finn Bottas lapped the 5.8-kilometer Suzuka circuit in one minute 28.731 seconds, ahead of his five-time world champion teammate by 0.076 seconds.

Sebastian Vettel was third for Ferrari, ahead of teammate Charles Leclerc, nearly a second off Bottas´s pace.

Max Verstappen was fifth for Red Bull, getting engine supplier Honda´s home race off to a solid start. His teammate Alexander Albon was sixth.

Carlos Sainz was seventh for McLaren ahead of Racing Point´s Sergio Perez, with the Mexican´s teammate Lance Stroll and McLaren rookie Lando Norris rounding out the top 10.

The 31-year-old Honda-backed Japanese, who will hand the car back to Pierre Gasly for the rest of the weekend, finished the session 17th and was just a tenth of a second slower than regular driver Daniil Kvyat.

Mercedes can seal a record-equalling sixth successive Formula One constructors’ championship on Sunday by scoring 14 more points than Ferrari.

Hamilton leads the drivers’ championship by 73 points from Bottas with five races to go. 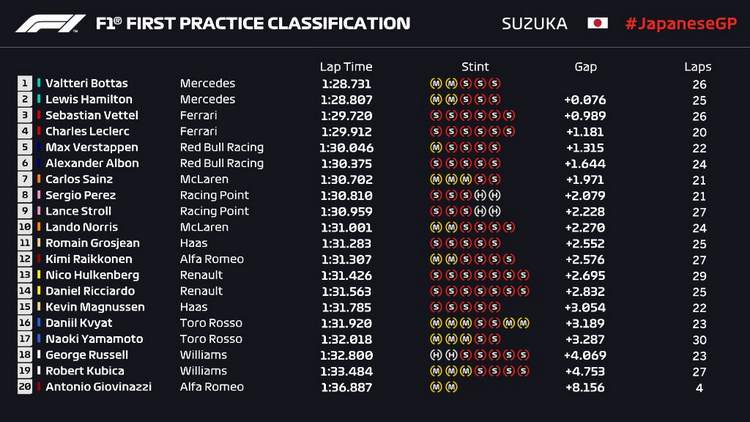